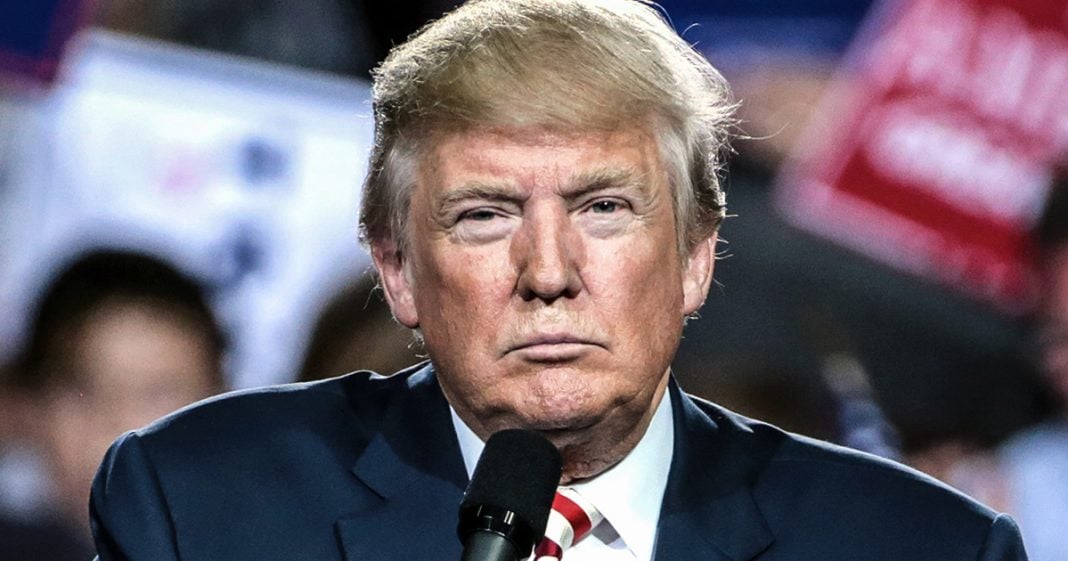 Former Massachusetts governor Bill Weld has officially jumped into the Presidential race, but he isn’t adding himself to the overcrowded field of Democrats – Weld is a Republican and he is challenging Donald Trump in the primaries. This might be a long shot especially with the RNC officially declaring that they will only support Trump, but Weld could hurt Trump enough during a primary fight that a Democrat could come in and deliver the final blows in the general. Ring of Fire’s Farron Cousins talks about the possibilities here.

Well, ladies and gentlemen, it is official. Donald Trump is being primaried by a Republican challenger ahead of the 2020 presidential election. The man doing the challenging right now and more could jump in now that they see that somebody has finally made that leap is bill weld a Republican, former governor of the state of Massachusetts from 91 to 97. Uh, he also ran as the vice presidential nominee on the libertarian ticket in 2016 and bill weld came out Monday evening, released this new video. He said, Yep, folks, I in men, and in the video he attacked Democrats left and right. He invoked Reagan for the Republican Party. Let’s get back to being the party of Reagan, the values of Reagan, and he thinks he has a shot at it, beating Donald Trump at a primary, or maybe at least bloodying them up enough to where a Democrat could come in later and beat him.

Here’s the thing that I don’t think bill weld really fully understands. The RNC Republican National Committee has already passed a resolution saying that no matter what, they’re going to support Donald Trump. So right off the bat, you get no help from your party itself. That already puts you behind the eight ball in a manner in which you probably cannot get back out from around it. So there’s that. Secondly, nobody knows who you are. I mean, sure, I, I’m willing to bet some of the folks in Massachusetts do. There’s probably some libertarians in this country who know who you are, but the rest of the public really couldn’t care. They really could not care less and I’m not trying to undermine bill welds run. I was hoping somebody would jump in and primary Donald Trump. I was just hoping it might be somebody who stood a shot at defeating him and then Democrats could easily defeat that person.

Bill Weld has no chance in hell of beating Donald Trump. I don’t even know that Bill Weld would have the finances to remain in the race before the first caucus hits. I don’t think he could, but God bless him for trying. Right. What I’m hoping happens as a result of this is that you do have other people who see that weld has jumped in and they say, you know what, if he did it, I’m going to do it. I’m going in there. You know, people like John Kasick. Uh, but here’s the thing everybody has to understand as well. There is no difference policy-wise between a Donald Trump or a bill weld or a John Kasick or Mitt Romney or a Ted Cruz, any of these folks, they all believe the same things. It’s just a matter of how they deliver those beliefs to the American public. And that is why Republicans do have a problem with Donald Trump. They don’t like his delivery. They don’t like the wrapper, but they love the candy inside because that’s what they’re all made off.

Yeah, they just want better presentation. But at the end of the day, Bill Weld would not do a single thing differently than what Donald Trump has done. Kasick wouldn’t, I mean, Casey Hell, this guy, you know, helped pioneer voter purges and voter suppression up in the state of Ohio. That’s what he wants to do nationally. So none of these Republicans would be good for this country. None of them would do anything to help average American workers. So sure. Primary away, I do want to see more Republicans in there. I want Donald Trump to feel a little uncomfortable, and I want him to have to waste money fighting primary battles so that he has less to spend on a general election fight. Funny, even if one of these people were to be successful, make no mistake about it, the policies won’t change. The only thing that would change is that maybe they wouldn’t be such a national embarrassment every time they logged into Twitter. Besides that, it would be the same thing we’re living through right now.