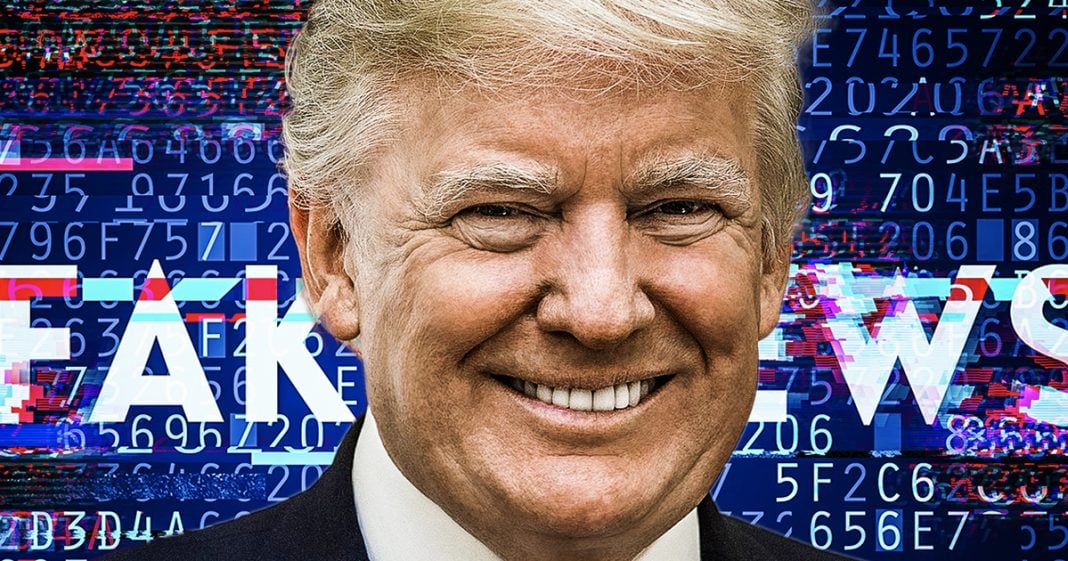 According to a new report from Reporters Without Borders, press freedom all over the globe is falling, and the US has now slipped to 48th place globally. But that’s just the tip of the iceberg. Donald Trump’s repeated attacks on the media and media personalities has led to an increase in threats and actual violence against reporters in the US, and he’s not slowing down anytime soon. Ring of Fire’s Farron Cousins discusses this.

Are not hostile towards journalists. Here in the United States, we have slipped even further down in the rankings of press freedom. We’re now number 48 in. A lot of that has to do with Donald Trump’s hatred and his attacks on the press, which have led to murders of reporters. They’ve led to threats, they’ve led to attempted assassinations and it’s all because of Donald Trump’s rhetoric and the rhetoric of other Republicans who continuously go out there and whine and complain about the supposed fake media while getting all of their news from the actual fake media. The breitbarts, the daily caller’s, the Fox News. That’s where they get their news and they have the audacity to call actual real journalists fake news. And yes, as this new report shows us, it has a price and that price sometimes is human life. Donald Trump has never cared if he puts another person’s life in danger. I mean, that’s been on full display the last week and a half with Ilan Omar stuff. He knows she’s getting death threats. It’s so he ramped up his rhetoric because nothing would please him more than for somebody to carry through on one of those threats. Same thing with the media. You know that guy that got busted with that van, his hit list,

Republicans would have been happy if this guy carried through on this or their rhetoric shows it. They don’t denounce terrorism when it’s a white right wing guy in the United States, but that’s what we’re seeing. Donald Trump is fostering that and it’s not just against the media, it’s against Democrats. It’s against other groups of progressive’s here in the United States. But in particular, this report, the one from Reporters Without Borders is very troubling because it isn’t just here in the United States. Obviously we saw Saudi Arabia not that long ago, murder a journalist and then lie about it. Okay.

Six reporters were killed in India in the last 12 months because their country is moving a little further to the right towards more authoritarian, uh, government style. We see it happen in Russia. She had happened in Europe, we see it happening in Africa all over the planet. Journalists are being killed for doing nothing more than their job. Okay. And the governments are happy about this. In many instances, the government’s help with it.

And that’s why this is one of the most dangerous times on the planet for somebody to be a journalist. And that is what this report is trying to warn us about. But right here at home, we have to stop looking at all of these other countries where a journalist gets murdered, they get poisoned, a mysterious accident befalls them. And we need to start looking here at home because when it happens overseas, we act like it’s the worst thing we’ve ever heard of. But then we turn around and see that it’s also happening here and pretend that we don’t even see it. Okay? We have to acknowledge our own faults as a country, and we also have to acknowledge where these faults are coming from. And unfortunately for us today, it’s coming directly from the White House.