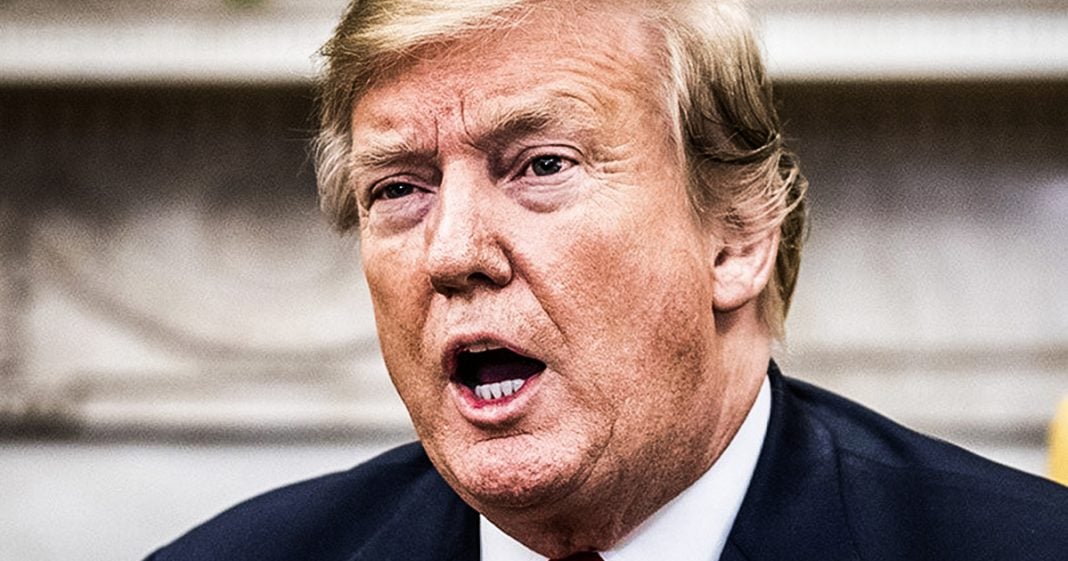 The woman who gained access to Mar-a-Lago with the apparent intent of trying to install malware on systems at the President’s resort was evidently more well-armed with dangerous digital devices that previously reported. The woman had a signal scanner, MULTIPLE flash drives with malware, and the malware was programmed to immediately install upon insertion of the USB drive without ever having to be clicked or opened. This is bad news for a President who makes no secret about his fondness for staying at his resorts instead of in the White House, as Ring of Fire’s Farron Cousins explains.

Earlier this week, federal prosecutors went to court and they actually told us a little bit more because the, the hearing, I guess, the, uh, initial hearings began on the Chinese woman who attempted to infiltrate Mar-a-Lago and install malware on computers. They’re in their filing. They revealed that what’s already been revealed to the public. Oh No, no, no. It’s so much worse than what the public knew about. Here’s what they told us originally. You know, they said she had a thumb drive. She had four cell phones. She had an external hard drive and a computer. Turns out what she actually had on her was a signal detector, which she used in her.

This was in her hotel room to try and make sure there were no hitting recording devices. A hidden recording devices, excuse me, she had a cell phone. She had nine USB drives, not one nine USB drives, five extra sim cards, credit cards, $7,500 in cash. And of course the external hard drive and the computer, $7,500 in cash, five extra sim cards, nine Usb drives. And it actually gets a little worse too because the secret service agent who was at the hearing said that as soon as they plug that USB drive into a computer, during their investigation, it immediately began installing the malware so they immediately had to stop and they have not yet fully analyzed it because they do not want to corrupt the computer that this a flashdrive is being loaded on to. Okay, but it automatically started uploading the malware just upon insertion. It didn’t have to be clicked on. It didn’t have to be opened. You didn’t have to go through the install wizard. It just started loading it.

My question at this point so far, it’s a question that remains on answered is did this woman get this flash drive into a computer at Mar-a-Lago? Because as we found out in the hearing, she already had a hotel room. She had a hotel room, she was there, she had been there. Her stuff was in there. She had unpacked for God’s sakes, and she was there because that massage parlor owner, Cindy Yang, is selling access to prominent Republicans at Mar-a-Lago. Cindy Yang, the same woman who donated money to Donald Trump. She’s good buddies with him. Watch the Superbowl right next to him, hangs out with Matt Gates and our new governor here in Florida, Ron DeSantis and Rick Scott, the former governors current senator. This woman knows all the prominent Republicans that come in and out of this state. It’s you selling to Mar-a-Lago and apparently selling access to people with malicious intentions.

Cindy Yang needs to be investigated. In fact, Sydney Yang actually just needs to be in custody right now until she starts giving some answers because what she’s doing is not normal behavior and the people she’s letting in the people she’s letting know when the president is there, they’re not good people. Unfortunately everybody knows where the president is always going to be because he never wants to stay at the White House. He always wants to go down and hang out at Mar-a-Lago. And that has created a massive national security problem, and that is exactly why he fired the director of the secret service after this event happened, because things were so much worse than we thought. And the president doesn’t want to hear from anybody that he can’t go travel to his properties every single weekend because it could result in another country on covering top secret documents of the u s government.