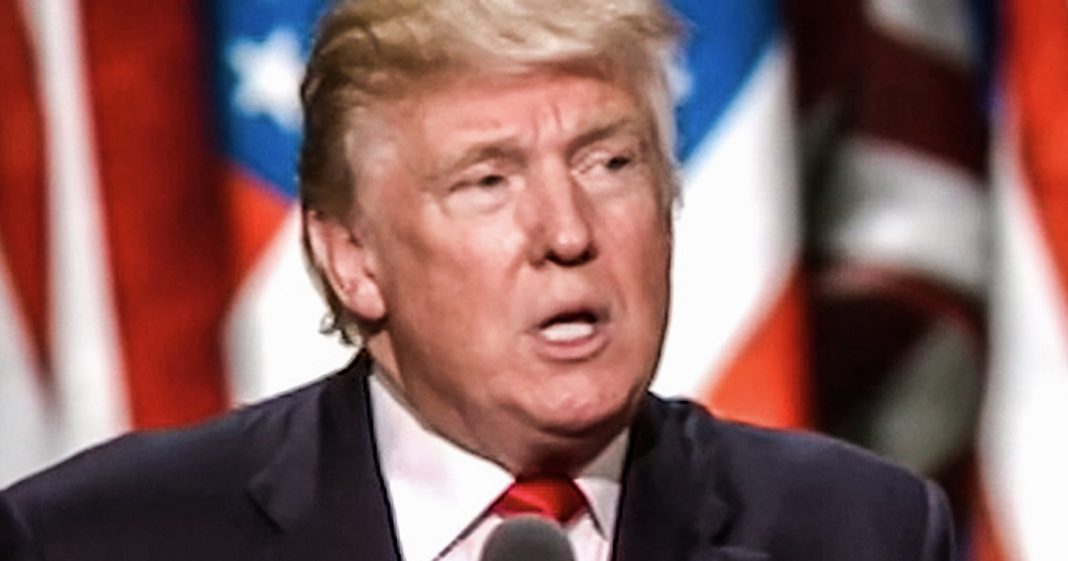 According to a new report by The New York Times, Donald Trump continues to not pay attention to his daily briefings, and CIA Director Gina Haspel is losing her patience with him. The report says that nearly anything can distract the president, including the buzzing of houseflies which has redirected his attention on several occasions. Ring of Fire’s Farron Cousins explains why Trump’s short attention span is a threat to this country.

Gina Haspel, Donald Trump’s CIA director, has not been with this administration as long as some of the other people, uh, in the cabinet, although she’s actually been there longer than some of the people in the cabinet considering the very high turnaround that he seems to have. But nonetheless, she is running into the exact same problem that her predecessor and colleagues all ran into. And that is Donald Trump doesn’t want to pay attention to any of his intelligence briefings. According to a new report by The New York Times, Donald Trump gets so distracted in fact that even the buzzing of houseflies can take his attention away from the intelligence briefings that he kind of needs to know about in order to keep this country safe and functioning. Houseflies the president of the United States can not focus on what the CIA director is telling him because apparently the White House is just filled with flies.

To the point that after one particular meeting where there was so many flies, Trump couldn’t keep his attention and he started getting angry at the flies afterwards. Gina Haspel sent him some fly paper so that they could get rid of the flies and then maybe in the future, focus on the intelligence briefings. Also, according to the report, Gina Haspel’s had to use a little bit of her charm, although she is not supposed to be using any of her spy tactics to persuade him and hold his attention, which is a very weird thing to include in that article, but she says she kind of uses or charm. Everybody describes it as I, she used her way with words and charts and graphs and pictures to hold the president’s attention. And here’s the thing about this, which again, we have discussed this plenty of times in the past.

Other people start talking, he starts messing with the cups and the water bottles and all kinds of things. He’s looking over looking around. He’s not paying attention to what they’re saying. But then, and this is what’s scary about it, not knowing what the other people said, he then makes a decision based on the little snippets that did make their way into his brain. That’s dangerous. And anybody who thinks that’s not dangerous clearly doesn’t understand what’s actually happening in Washington DC. The president has to be able to pay attention and if they’re not, then it’s time to get them out of office. And put somebody in there who is capable of keeping their attention on a speaker for more than five minutes.