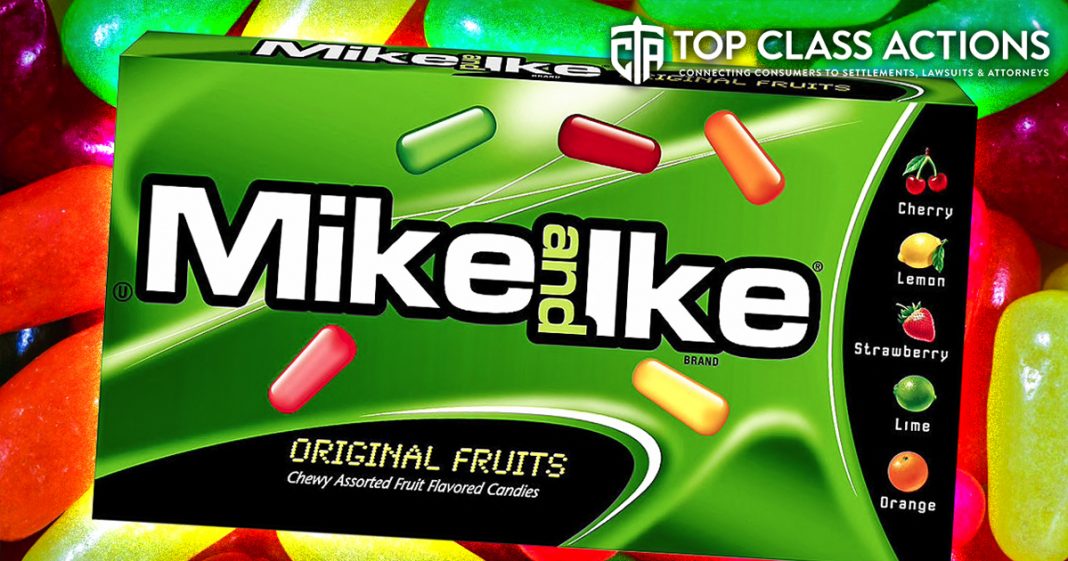 A California federal judge gave Class certification to consumers who claim that Just Born Inc. candy makers under fill boxes of their famous Hot Tamales and Mike and Ike candies. U.S. District Judge Terry J. Hatter Jr. certified the Class of individuals who purchased 5-ounce boxes of Mike and Ikes and Hot Tamales after Feb. 3, 2013.  According to Judge Hatter, the consumers had effectively demonstrated that they could make a common claim about the alleged nonfunctional space in the candy boxes, and had shown that there were enough affected consumers to form a Class. Ring of Fire’s Farron Cousins discusses this with Scott Hardy from Top Class Actions.

Farron Cousins:                  Everybody knows that when you go to see a movie, and trust me, we’ve got a lot of blockbusters that are supposed to be coming out in the next few months here, but whenever you go to the movies, you’re going to buy some snacks and everybody knows you’re pretty much going to overpay for those snacks. But what some consumers may not realize before they make that purchase is that you’re buying a box of candy that might actually be half empty already.

Joining me now to talk about what’s happening is Scott Hardy from topclassactions.com. Scott, we’re, we’re right at the cusp of the summer movie season right now. Got a lot of consumers, everybody’s been gearing up a lot of really highly anticipated movies and so many of these people are about to head to the theaters and buy candy boxes that are literally according to this lawsuit only half full. Tell us what’s happening here.

Scott Hardy:                          These are always what I call fun class actions because these are ones that everybody looks at and goes, that’s happened to me. I’ve been ripped off by going to the movie theater, paying four bucks for a box of candy, opening it up and going, where the heck is all my candy? It’s half empty. Oh Man. Well thanks to these lawyers, they’re going after it and it’s already hit a note with our viewers. We have 442 comments on this one since March 28th, so we know that people are fired up because everybody’s going, like you said, you go to the movies, you know you’re going to pay more.

But if I paid that premium, can ya at least fill the box up? Come on. I’m paying two to three times more than I would if I went to the grocery store and bought my candy. Just give me a little bit more value for the premium I’m paying. And so this Mike and Ike/Hot Tamales class action is saying that the boxes are only half full if that. And it was interesting as one of the points of contention that the defendant’s made, as they said, people don’t expect to actually have that box full.

They don’t need that. They just want our tasty candy and they, unfortunately the plaintiff’s came out with a survey and said, oh no, the vast majority of people hope that this gigantic movie theater box that we get is at least mostly full with candy and not half empty. So that kind of shot that out the window.

Farron Cousins:                  Yeah, and this is, this is hugely deceptive. You know, when you’re in a grocery store and you pick up a box of candy, you can, you can feel it, you know, oh wow, this thing feels like there’s not much in here. At the movie theater you do not necessarily always have that option. Most of the candy is kept behind the counter. You don’t get to touch it, you don’t get to hold it. All you do is you see the size of the box and that’s really a lot of the issue here.

You know, and, and this is not necessarily even just targeting movie theaters either, but this is one of the, you know, biggest areas where this happens. Movie theaters tend to get bigger boxes of the products than what you would typically find in the grocery store. It’s a different set of marketing that’s going on here and you’re buying it with your eyes.

Because absolutely they could make smaller packaging. It would be more environmentally friendly. There’s less waste. It’s less chance that the candies are going to bump around each other and break apart and just become inedible. But they don’t do that because they want you to think you’re getting more and therefore you’re more likely to purchase the product.

They are, and the state of California specifically protects against that exact marketing ploy. So I think that Mike and Ike’s fans and Hot Tamales fans particularly may see some more candy in their pockets in the future or smaller boxes and hopefully not just coupons for free Mike and Ike’s, but maybe some cash back. If I’m spending four bucks on a box of candy and half of it’s not there, maybe I can get a couple of bucks back from this one. We’ll see.

Farron Cousins:                  Absolutely, and if anybody needs any more information about this particular issue, there is a link to Top Class Actions in the description of this video. It will take you right to the page where you can find out everything you need to know about what’s happening with this class action. Especially as Scott just pointed out, if you happen to live in the state of California, they have very strict laws against this.

Definitely worth, worth checking out, especially if either of these, the Mike and Ike’s, the Hot Tamales happen to be your movie theater candy of choice. But while you’re over at Top Class Actions, make sure you sign up for their weekly newsletter and get all of the stories that consumers need to be aware of delivered directly to your email every week. Scott Hardy, Top Class Actions. Thank you very much for telling us this story today.