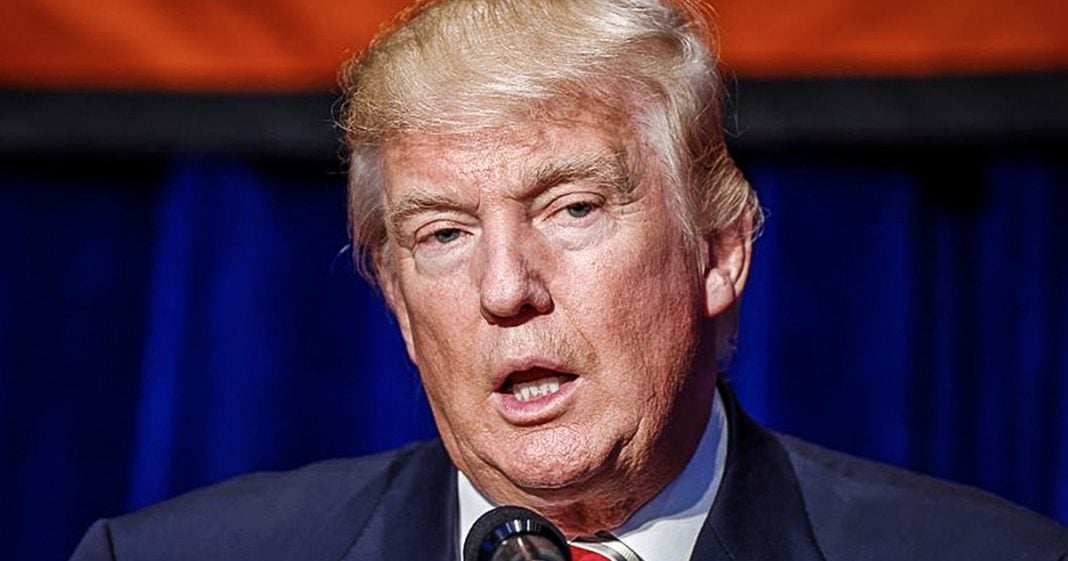 Donald Trump is a man with a lot to hide, and he’s making sure that the public thinks he has something to hide. He has instructed his personal accountant to actually ignore a subpoena from a House Committee that is seeking his financial records. Such a move could get the accountant into serious legal trouble, but Trump doesn’t care as long as he gets to keep his dirty secrets. Ring of Fire’s Farron Cousins explains what’s happening.

The House oversight committee and its chairman, Elijah Cummings have sent letters to Donald Trump’s accountant’s telling them they need the hand over his financial documents because they want to look through those documents, not just tax returns, but other financial statements and find out if what Michael Cohen said a few weeks ago during his congressional testimony, find out if that is true because Cohen back in February he told us that Donald Trump would inflate or deflate his value when dealing with banks are dealing with investors, which is criminal fraud. So comings and the other Democrats on this committee want those documents. They want to be able to verify if Cohen was telling the truth and if there is in fact a criminal sitting in the White House today. Simple stuff, right? But it wasn’t just a request. They actually subpoenaed these documents. They made it legal, they did the correct thing. And then Donald Trump and his attorneys sent a letter to their accountants who have this information, the people who were just subpoenaed and they said, don’t you dare follow through with what that subpoena is telling you to do.

Basically ignore this legal demand for documents because we don’t want that information to go public and let’s be clear about something. This is not information that Elijah Cummings was about to release to the public. This is information that his committee wants to get their hands on so that they can determine whether or not the president was committing financial fraud. Every time he turned around, as Michael Cohen had told them during his testimony under oath, yeah, Michael Cohen has a history of lying to Congress under oath, so shouldn’t we investigate it? Shouldn’t Trump want that investigated to see and prove maybe that Michael Cohen light again and that he can’t be trusted and that we should discount every single thing that he says or his Trump. Once again, trying to hide his financial statements because he understands how damning they’re going to be for his presidency. You know, for a guy that claims he’s done nothing wrong, he sure is how it acts like the guilty is person on this planet and the public is starting to pay attention to that.

You know, it was one thing during the Mueller report, everybody had their preconceived notions about what Trump did or didn’t do, and none of that changed. Even with Barr’s summary, it’s not going to change when we get the redacted version. It wouldn’t even change if we’ve got the full version. Everybody already thinks they know for sure what he did or didn’t do, but the financial stuff that’s a little bit different because he won’t release it and because he’s fighting it at every step of the way and because they’re threatening to go to court to keep that information a secret. Those are not the actions of an innocent person. They’re not innocent. People do not do that, but Trump is hiding his financial records. He’s hiding his tax returns. They threatened legal action against any of the schools that he attended. If they released his grades. This man is hiding something. This man is hiding a lot of somethings and I think a good number of people in this country are starting to understand that if he was squeaky clean, if he had nothing to worry about it, if he was in fact a stable genius, he would want those transcripts released to the public of his grades. He would want his financial documents in the hands of those house investigators so he could show them that he’s never done anything wrong in that he is squeaky clean,