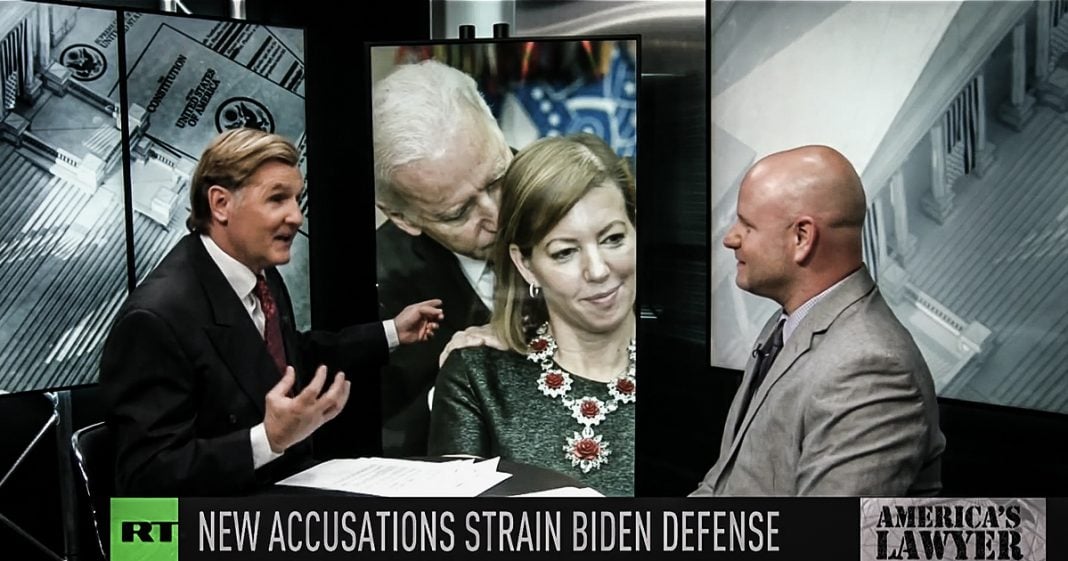 Mike Papantonio:             Joe Biden hasn’t even announced that he’s running officially for president, but his campaign may have already been finished before it begins. This is the craziest story. I mean if you go online right now and you look up “creepy Joe Biden,” and by the way, I want to point out this isn’t just Republicans going after Joe Biden. These are other democratic entities going after Biden trying to keep a very low key. These days it’s like eight or ten candidates running for president on the democratic side.

We see this developing all the time. Very peculiar thing, and I want to give it to you in just a second, but the peculiar thing is Biden’s defense of this is to bring in all these people that are giving testimonials about, well, he didn’t do it to me. Well, yeah, the guy is 76 years old. You think he can bring in some testimonials that say this is just his way. He doesn’t mean anything by it. The defense of this is even as creepy as the story to me.

Farron Cousins:                  The defense doesn’t make any sense whatsoever, and another part of their defense right now is to say this is all the Bernie campaign. They’re making these women come forward, but you have the Democrats right now, the Biden defenders and the non-Biden defenders right now. There’s this big rift because the people who aren’t defending Biden; nobody’s accusing him of being a predator. Nobody’s accusing him of assault. The problem is the man didn’t understand and respect other people’s personal boundaries. It got very creepy with what he did with Lucy Flores.

Mike Papantonio:             Okay. She was so affected, she wrote a letter to the editor about it and said, here’s how it made me feel. Now, do you just ignore that, and there’s other women coming forward saying the same types of things, do you ignore that simply because on the other side they’ve lined up all these women and they said, creepy Joe Biden really isn’t as creepy as you think. I’ve known him for years. The guy is 76 years old. I would think he can line up some people that say, yeah, he’s perfectly normal.

Farron Cousins:                  Right, and you hit it right there when you said the woman came out, Lucy Flores has said, this is how it made me feel, and then you have all these Biden defenders that have come out and said, well, you shouldn’t feel that way. You’re not allowed to feel that way because it wasn’t rape. It wasn’t assault. He didn’t touch you in a place you didn’t want to be touched, but you don’t get to dictate to this woman or the other women how they can feel about a situation. It was not her fault that she felt this way. He made her feel this way.

Mike Papantonio:             Who goes around sniffing people’s hair? Right off it’s like a nano second talking point, and that is creepy Joe Biden has problems going around sniffing hair. Whether it’s accurate or not, at this point this early in the campaign, now these stories are coming out that the Female Secret Service folks are complaining that when they have to go to his home, he comes down and swims nude in the pool. That bothers them a little bit. I don’t know, man. It may be a way of life that he just thought was normal, but when you put it under the microscope, it’s too easy to sell for the other side is what I’m saying.

Farron Cousins:                  The Biden people are mad because they think just the conservatives are reporting on the nude swimming. It actually was actually first reported by The Atlantic, I think, seven or eight years ago. So this a story that’s been out there a long time. It just wasn’t covered at the time.

Mike Papantonio:             I mean years ago about not just that, but the other kind of creepy uncle kind of stuff is coming out about Biden.