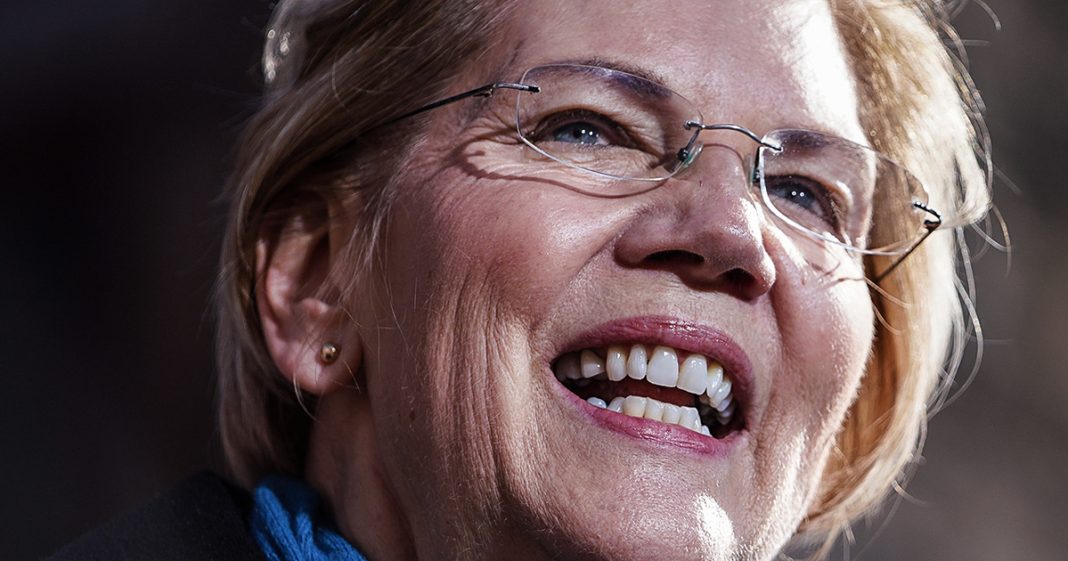 Senator Elizabeth Warren isn’t getting the respect that she deserves in the polls, but her policies are essentially unbeatable. Not only are these policies desperately needed, but she has made sure that she takes the extra step of actually laying the framework on how to make them a reality, something most candidates have not done. Ring of Fire’s Farron Cousins explains what is setting Warren apart from the rest of her challengers.

In terms of policy proposals and road maps on how to make those policies are reality. Elizabeth Warren is 100% leaps and bounds above every other Democrat running for president right now. Now leaps and bounds among most of them. I will say Bernie Sanders is a close second, but nobody’s done it like Elizabeth Warren has and even the most hardened Bernie supporters are the biggest booker folk or Budaj edge folks or Kamala folks. You have to admit, nobody is doing it better right now than Elizabeth Warren. Yesterday. She announced that on day one of her presidency, she would sign an executive order officially putting a moratorium on new leases for offshore drilling and fossil fuel exploitation in national parks here in the United States. Day One she says she would get this done and put an end to any new leases going out there to continue to destroy our environment as somebody who lives in a town that was wrecked by the 2010 deep water horizon, oil rig explosion and BP subsequent oil spill.

I can’t tell you how refreshing it is to hear somebody finally just flat out say, we’re going to stop it. We’re not going to let this happen again. It took years for the economy down here to recover. It’s been nine years and you still occasionally find tarballs down there on the beach. We still have an ecosystem that has not rebounded. Offshore oil drilling is a disaster waiting to happen everywhere it’s occurring in Elizabeth Warren understands that. She understands we have to get off fossil fuels. She understands we have to stop giving away our national park land to oil companies and coal companies and fracking companies and give it back to the American people and that is exactly what she wants to do. What saddens me is the fact that she is still pulling in the single digits. There isn’t a another candidate out there that has as many clear set policies available as Elizabeth Warren does.

Jailing CEOs breaking up the tech giants, breaking up Wall Street banks, Indian drug company monopolies by having government make generic drugs if they won’t low, lower their prices, supports a green jobs package, wants to reform criminal justice system, legalize marijuana in businesses, riding off fines and settlements. That’s a big one. Reform the trade deals that are hurting American workers. Reinstate the assault weapon ban in subsidies for billion dollar companies. Raise the federal minimum wage, increase government grants for scientific research, increase infrastructure spending, strengthening social security and safety net programs. And now we can add on to my wonderful list of Elizabeth Warren’s awesome Nis that she wants to put a moratorium on new offshore drilling leases. Elizabeth Warren may not be the front runner right now, but she could be, she could easily go ahead of everybody else. Her policies, her proposals, her outlines and her framework. Put everybody else in this race to shame. But the biggest shame right now is that she is still only polling in the single digits. I Love Elizabeth Warren. It, I really do. And I’m going to say right now, so I’ve refused to really take a side on any of this, that I am torn. I’m torn at the moment between Bernie Sanders and Elizabeth Warren.

I liked them both. I would like for them both to succeed. I would be perfectly fine with either one of these people not only being the nominee, but being the next president of the United States. And I hope that whichever one ends up winning the nomination, and I do hope it is one of those. I hope they pick the other as their vice president because that would be a ticket that would be 100% on beatable.