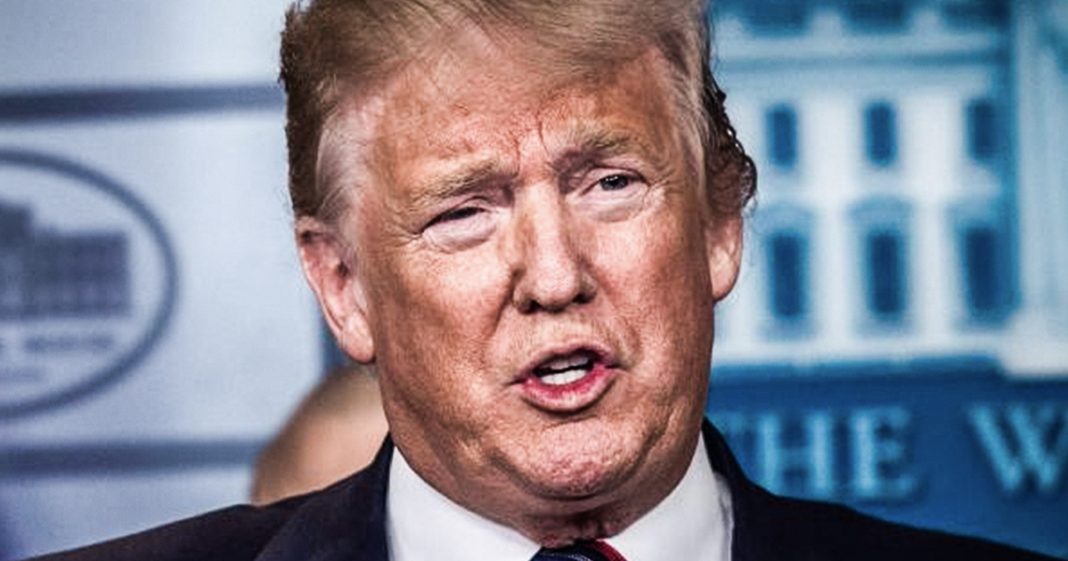 In an utterly bizarre and mostly unintelligible tweet earlier this week, Donald Trump claimed that “everybody” now acknowledges that he was “100% correct” about the border and immigration. Nothing could be further from the truth, and an overwhelming majority of people in this country actually WANT immigrants coming into the country and they DO NOT want Trump’s wall. Ring of Fire’s Farron Cousins discusses this.

Earlier this week, Donald Trump assured Americans via Twitter that we all agree with him 100%, that he was correct about the border and about immigration and everything. Here is the exact tweet Donald Trump sent out. He said, everybody is now acknowledging that right from the time I announced my run for president, I was 100% correct on the border. Remember the heat I took, democrats should now get rid of the loopholes. The border is being fixed. Mexico will not let people through. Now, aside from the fact that there’s multiple different statements in there that actually don’t even belong with his original thesis of the Tweet, um, let’s focus on the fact that no, not 100% of people in this country think that you’re 100% correct. Um, in fact, you don’t even have 50% of people who think you are correct. This is just another lie, another idiotic baseless lie that Donald Trump just randomly throws out because he feels like he can.

Here’s the fact of the matter. Uh, 75% of people in this country think immigration is a good thing for this country. And they want people to be able to come in. Boom. More than half of people in this country, I think the number was 56% think the border wall is a bad idea and should not happen. But Trump’s over here on Twitter telling us that everybody agrees. Now everybody, he didn’t say most people, he didn’t say a lot of people. He didn’t say some people. He said everybody, everybody. So I guess I guess we should just end it now. I mean we have to agree with him because he said that, here’s, here’s the thing that bugs the hell out of me about this. First and foremost, Donald Trump just says random ass things thinking nobody’s ever going to call him on it or if they do call him on it, he just calls them fake news. But what’s even more disturbing is the fact that his base sees crap like this and they take it at face value. They take it as validation for what they believe and they believe that base, that minority of people, they do believe the wall is a good thing. They do believe that immigrants are horrible people or animals as Trump has called them.

And when he tweet stuff out like this, they think that their beliefs are validated in that other people feel the same way. And that empowers them. And that’s another reason Trump tells these lies, to empower that base, to build that support. Because it’s one thing to have a fringe idea that you keep to yourself, but if you start thinking that everybody else starts thinking it too, you’re going to become vocal about it and you’re going to start becoming louder about it. And Trump may not be a smart person, but he does understand manipulation. And that’s what these tweets are. It’s not just about lying because why not lie? It’s about the manipulation that goes along with it because he may suck at a lot of things. But manipulating idiots is something Donald Trump certainly has always excelled at. And that’s what he’s doing with his Twitter feed because it works for him every single time.