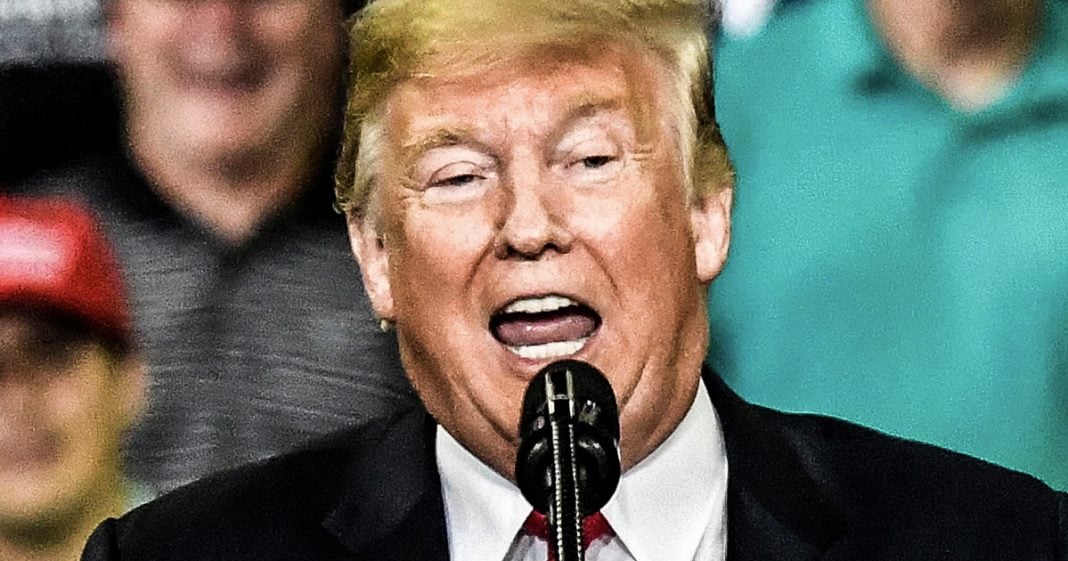 Everything Donald Trump touches somehow ends up being investigated for one thing or another, and his campaign ads are no exception. His campaign got in trouble this week after they created a campaign ad that lifted its soundtrack straight from “The Dark Knight Rises.” Warner Bros. quickly demanded that they remove the track from their ad after internet commenters noticed that they lifted the music from the hit movie. Ring of Fire’s Farron Cousins discusses this.

On Tuesday, Donald Trump himself tweeted out a video that appeared to be a Donald Trump reelection for 2020 campaign video. It was nearly two minutes long, racked up well over 1 million views. That is of course, until it was pulled down because whoever created the ad didn’t realize you can’t steal music from other people, especially when you haven’t gotten their permission yet. That is exactly what they did, but not just any music. They wanted something dramatic, something climactic, something that showed that Donald Trump was rising above all of the hate and all of the incompetencies of the Democrats. So the music they chose was actually from the dark knight rises, Hans Zimmer’s score, a specifically the track, why do we fall? That’s what was used in that two minute video that pretty much everybody who had a chance to watch it before it was removed for copyright violation pointed out.

It was very obvious that is very iconic music and yet nobody from the Trump campaign thought for a second, you know what? Maybe we ought to get permission. Instead. They took this property that was owned by Warner brothers and decided to just use it anyway. So Donald Trump in pretty much every facet of his life, including now his reelection campaign, can’t stop himself from breaking the law, and I know Trump himself did not create that video, but still everywhere the man goes, his organization, his campaign, his inauguration, his reelection campaign, breaking the law. Now this is not necessarily a law that’s going to end up with anybody going to jail. All they had to do was pull the video for copyright violation and that’s it. However, copyright laws do still exist, and if you run a foul of them, then yes, you are breaking the law no matter how insignificant you think it may be.

But this is the kind of incompetence basically the Democrats are going to be up against in 2020 a campaign that doesn’t even know that you have to get permission to use music from anyone that you didn’t create yourself. So yeah, I think the 2020 campaign is going to be pretty easy for Democrats. The question is, can they get their message across to enough voters to convince them not to vote for Donald Trump? That’s going to be the trick, but again, you’re going up against the campaign. That’s so stupid. They didn’t even bother to get permission to use music for what was essentially one of their very first 2020 campaign ads. If that’s the level of competence that you’re up against, Democrats 2020 really should be a slam dunk.