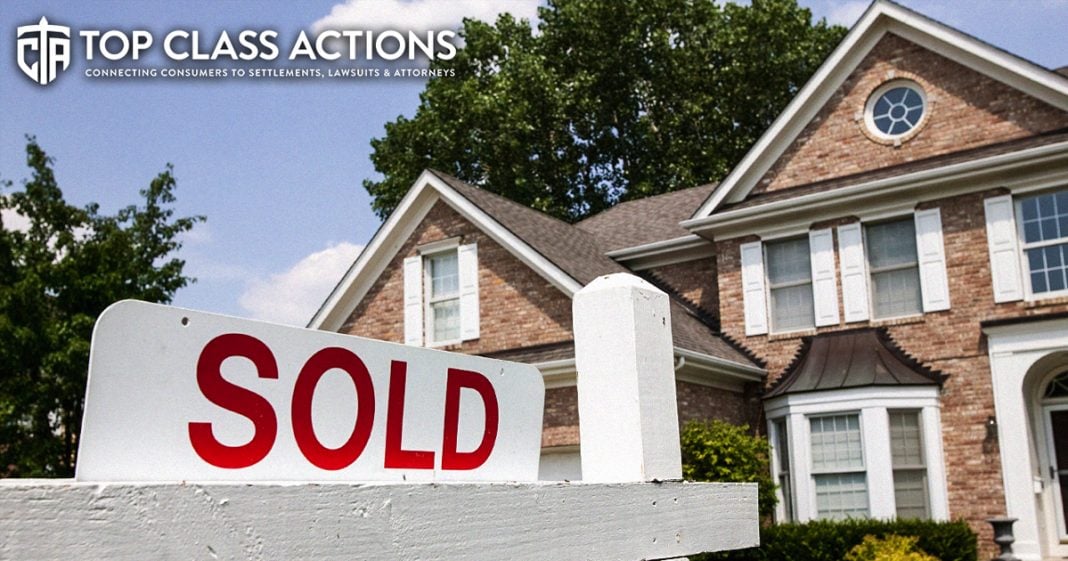 A home seller lodged a class action lawsuit over the six percent real estate fees assessed upon the sale of most homes in the United States alleging they are too high and a violation of federal antitrust law. According to the class action lawsuit, the six percent fee charged by most realtors on the sale of a home is dictated by the National Association of Realtors and the four largest national real estate broker franchisors, including Realogy Holdings Corp., HomeServices of America Inc., RE/MAX Holdings Inc., and Keller Williams Realty Inc. Ring of Fire’s Farron Cousins discusses this with Scott Hardy from Top Class Actions.

Farron Cousins:                  We’ve done a lot of talking throughout the years here on Ring of Fire, about powerful lobby groups here in the United States. But one that’s kind of flown under the radar is the National Association of Realtors. Now, believe it or not, this is actually an exceptionally powerful lobbying organization in Washington DC. They pull a lot of weight and as such, you may have noticed last time you sold a house or maybe you bought a house that you had a really, really high realtor fee on there.

In fact, according to a recent lawsuit, we here in the United States are paying double what realtors actually charged to sell a home in other countries. Joining me now to talk about this new lawsuit against these realtor associations is Scott Hardy from Top Class Actions. Scott, this is interesting because the National Association of Realtors, they pull a lot of sway in Washington DC. They spend a lot of money.

They typically, you know, you don’t pay too much attention to them because they’re not out there doing horrendously evil things like some of the other companies we’ve had to talk about. But now they’re finally getting, kind of popped a little bit, at least with this lawsuit for these exorbitant realtor fees that they’re charging for no other reason than they can. Tell us what’s happening here.

Scott Hardy:                          Yeah, exactly. They can and how they enforce this policy was super interesting. You know, because it all comes down to the MLS, the multiple listing service that you use to list your house. And the MLS works with the largest realtors according to this class action and nails down that 6% commission fee. And so they all work together saying, hey, if you want to be on the MLS, you got to charge 6%. Now there have been other services in the past that would get you on MLS and potentially save you some percentage.

But as is stated here, you know, you’re, you’re not going to have a whole, a whole lot of luck. And I’ve actually been discussing this class action with some realtor friends. One of my best buddies, Eddie, who sold me my house is, you know, talked to me about it and you know, they made some really good points. According to this class action, you know, what they’re really putting down here is that they want the buyers to end up paying the fee and that fee could be going back and forth.

Right now it’s split, you know, the, that 6% is, is paid for by the seller and then that is split between the buyers and the seller’s realtor. But if you’re in a buyer’s market or I’m sorry, a seller’s market, that homes are just flying off the listing service, you know, homes are going for more than they’re actually getting listed for. The sellers are saying, why the heck am I paying my 3% to a realtor?

My house is going to sell, you know, whether I have a realtor or not. Even really, whether it’s on the MLS or not, someone’s going to buy that house because it’s a hot market. And what I, the feedback I’ve got from some of my friends is that there really should be some flexibility there. Is that if it’s a seller’s market, then you know that fee might drop down to 2%, 3% but if it’s a buyer’s market that might go way up.

I know that my guy Eddie, when we went and bought my house, we looked at so many houses and it was a buyer’s market, not a seller’s market. And we actually added it up and I said, Eddie, I think, I don’t even know if he made minimum wage. We spent so much time looking at houses based on the fee you paid, but he’s a good guy and he took care of me. But that’s really what this is all about, is being, having some flexibility built in there. So according to the market, realtors can adjust their fees up or down depending on the work that they have to put forward to sell these houses.

Farron Cousins:                  Well, to me it seems like, you know, this is a little bit of the market responds, right? Or The market is supposed to respond to I guess, supply and demand. I mean that, that’s the, basically the fundamental principles of capitalistic economics. Supply goes up, price goes down, demand goes up, price goes up. But right here with these fees, that’s not what we’re see. You know, if there’s high demand for houses, the fee doesn’t change.

If there’s no demand for houses, the fee doesn’t change. If you want to be on the MLS, you have to pay the fee, which means if you want to get the most possible eyeballs, essentially you have to pay to play here. And this lawsuits trying to say, listen, that’s not how this is supposed to work. You can’t just charge us whatever you want when you’re not having to do as much, put as much effort into this. So is that, is that kind of the gist of what we’re seeing here with this?

Scott Hardy:                          Exactly. You know, our community manager, Nicole, she went and purchased a new house in the last couple of years and she was talking about that she and her husband were that they found their house on Zillow and they still had to get a realtor involved to actually buy it. They said, well, we found the house. This is exactly what we want. We know we went and we just to look at it and confirm it’s what we wanted. All of a sudden we have to essentially pay somebody or the seller’s going to have to pay somebody 6% so we can buy that house when they didn’t do anything. Right?

All they were doing is showing up, opening the house saying it looks good, good, and then managing the paperwork. You know, I know that I’ve talked to realtors in the past when they’ve just done a private sale and they’ll charge 1.5% or 2% for that kind of, for that service because what they’re doing is they’re making sure that the paperwork is done, the title work and everything is set and that everybody is taken care of.

That seems very fair and that seems like would’ve been a much better option for somebody like in Nicole’s position where they knew exactly what they wanted. They found it themselves and the realtors involved, they really didn’t have to do much.

Farron Cousins:                  This is a relatively new, I guess, phenomenon you could call it with this, you know, exorbitant fee paid to realtors. Cause you know, when I was growing up and I’m, I’m not that old, at least in my opinion, you know, everybody knew a realtor. You probably knew a couple and they lived a decent middle class lifestyle. But now you see these realtors and you see these shows on Bravo, I think it is where they, they glorify this and these million dollar listing programs, realtors just living the high life. And it wasn’t always that way. So I, I think the culture around it has changed a little bit. I feel like some greed has definitely come into play here.

You know, if we can charge 4% let’s charge 4%. Well wait a minute. I think we could charge 6% so we start charging 6% and it will unless action is taken from an outside force, continue to go up. That’s what happens. That’s what always happens in this country. So hopefully this suit does something. Hopefully this suit changes it because yes, if somebody is working hard to sell your home, that’s their living.

They deserve to make money. I understand that. I’m not arguing that one bit, but we have to look at what kind of effort is being put into this and see if that’s actually worth it or even allowed or if this is in fact some kind of form of price gouging. Maybe it’s some kind of form of pay to play with the MLS, but something’s not right here. So thank goodness that we do have lawsuits like this that tell everybody, stop, look at this because something’s not right here.

If anybody needs more information about this particular lawsuit, you can follow the link in the description of this video and head over to topclassactions.com and while you’re there, sign up for the weekly newsletter to get all of the information consumers need to know about delivered directly to your inbox. Scott Hardy, Top Class Actions. Thank you very much for talking with me today.