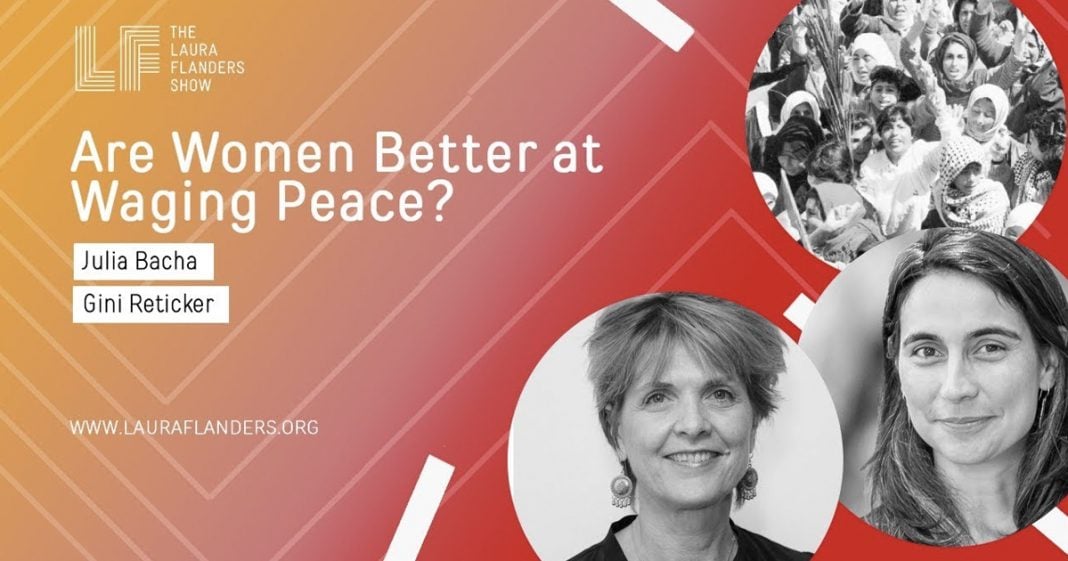 Making the future while surviving a war. In humanity’s never ending war stories, combat makes the news, but the macho gaze misses the complex reality and tends to ignore the role of women in war. To switch things up, we refocus the lens, with two of the award winning film makers behind the hit series, Women War and Peace, now on public TV. Julia Bacha is the director of Naila and the Uprising and Gini Reticker is the producer of the Women, War and Peace II. About Naila and the Uprising: When a nation-wide uprising breaks out in the Occupied Palestinian Territories, a young woman in Gaza must make a choice between love, family, and freedom. Laura Flanders investigates.