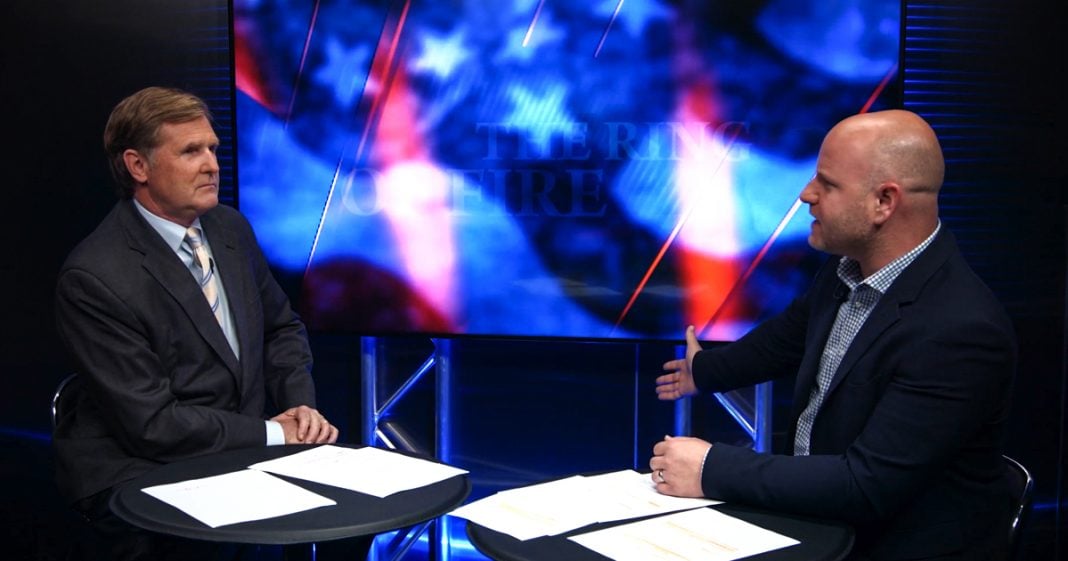 The company that was hired to provide intelligence on the Dakota Access Pipeline protestors is trying to weasel their way out of a lawsuit that accuses them of operating without a license in North Dakota. Ring of Fire’s Mike Papantonio and Farron Cousins discuss this.

Mike Papantonio:             The companies that was hired, the company that was hired to provide intelligence on the Dakota Access Pipeline protestors is trying to weasel their way out of a lawsuit that accuses them of operating without a license in North Dakota. You found this story. Tell me what’s your take on this case?

Farron Cousins:                  What’s so fun about this is that TigerSwan is basically they’re a private mercenary company, not unlike Blackwater. Most of their contracts are for work over in the Middle East. Mercenary work, security work allegedly. But, so you had Energy Transfer Partners, owner Dakota Access Pipeline, who hired them from North Carolina to go find everything you can out about these protesters.

Help us with intimidation, help us with background checks. If one of them has a criminal record, we can use that against them. So every day while this TigerSwan was, was hired by ETF, they would send their little drones or whatever to take photos of the encampments.

Mike Papantonio:             Right, Intercept did a wonderful story, as usual Intercept did, they did it again. They are a great source of real information. Corporate media hates the Intercept cause Intercept tells stories that corporate media can’t tell. And, but on this particular situation they also did a great background on, on Tiger, on this company. And it’s, it’s Blackwater, basically they’re corporate mercenaries hired by the government. And this is what’s so interesting, initially hired by the government to push back on terrorism to do counterterrorism work.

Now that’s not just, you know, that’s just not surveillance. That’s hands on, you know, spook work that this company, here they are on American soil, American soil, using those same techniques with American citizens to, that are out there protesting and saying, we don’t want your damn pipeline on our property.

Farron Cousins:                  And they admitted in the documents that the Intercept got, that they are treating these people like terrorists. They said they’re on this jihad. They’re, you know, a kin to Isis. People who didn’t want this pipeline going through sacred Native American lands and poisoning aquifers they’re, they’re jihadis in the eyes of TigerSwan. But what’s also interesting, I know we only have a few seconds here, but TigerSwan’s info that they gathered on the protesters, ETF is trying to use that in a lawsuit against the protestors. So that’s why TigerSwan wants this other illegal operation suit to go away, because if they’re found to have operated illegally, all that alleged evidence they gathered is getting tossed out by the courts.

Mike Papantonio:             The lawsuit, the big lawsuit is against the company that hired TigerSwan and Tiger Swan for the rubber bullets, the gas, the injuries that they did to these protests. They had no license to do it in the state of North Dakota.