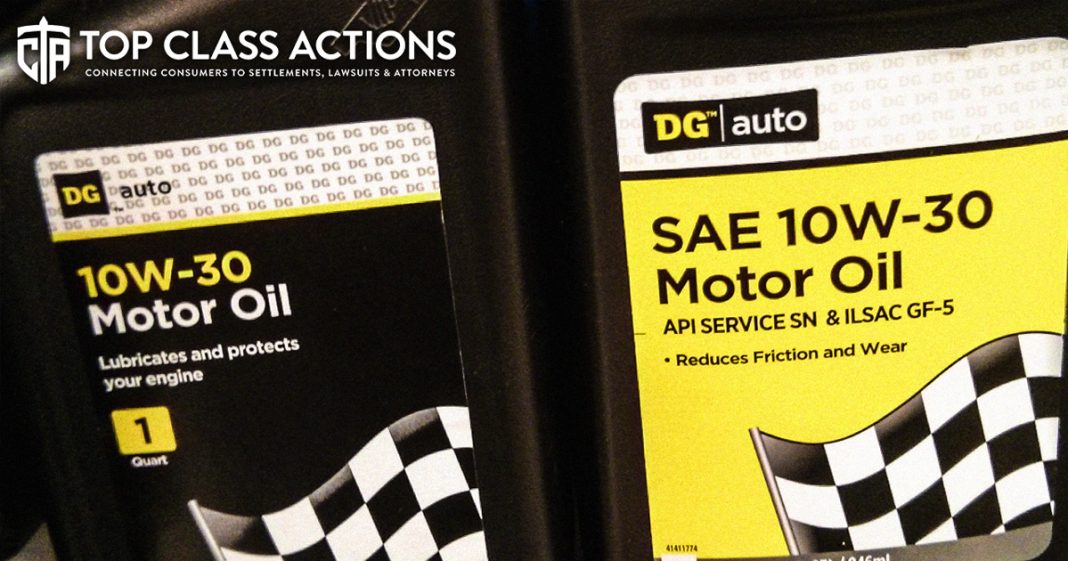 A federal judge has approved Class certification for consumers in 16 states involved in a lawsuit alleging that Dollar General sold motor oil that was useless in modern cars. The states for which U.S. District Judge Gary A. Fenner authorized certification include California, Missouri, and Florida, along with 13 others. According to Judge Fenner, consumers effectively satisfied statewide requirements, but there are differences in state laws that prevented a nationwide Class of Dollar General consumers from being certified. Ring of Fire’s Farron Cousins discusses this with Scott Hardy from Top Class Actions.

Farron Cousins:                  As anybody who’s ever been friends with a mechanic or been a mechanic themselves will tell you one of the most important things you can do to extend the life of your vehicle is to regularly change the oil. And as new oils have evolved, we have full synthetic, semi-synthetic, half synthetic, they’ve gotten more expensive. So if you can find an oil that’s a little bit lower in price, that might become more attractive, say oil from a dollar general store. But it was recently revealed through a class action lawsuit, that Dollar General has actually been selling motor oil to consumers that has been described as completely useless.

Joining me now to talk about what’s happening is Scott Hardy from Top Class Actions. Scott, this is a really interesting one. Obviously people want to take care of their cars. We don’t want to run into big issues. We don’t want to have the engine fail because we’ve put bad oil in it, and yet that seems to be exactly what Dollar General was selling people, was just simply bad, useless oil that could cause serious damage to their cars.

It’s 10W-30, who cares? I need 10W-30 oil for my car. I’ll just go ahead and go for the Dollar General option and save a little bit of money, moving on. Not knowing that the oil that they’re buying, the Dollar General oil is according to this class action lawsuit, old oil and who knew motor oil can go bad. And so Dollar General was selling this old motor oil which is essentially useless and could cause thousands of dollars of damage in your car if you’re using it as you would think you might be able to, right? It’s 10W-30 oil.

I got to change the oil in my car. There it is. But no, that, that oil could actually significantly damage your car and that’s what this class action is going after. And so, you know, especially if you’ve got people that had used Dollar General motor oil in their car and had problems with their engines, please I hope you have receipts because you’ve got a very good shot at getting those repairs covered by Dollar General for selling you what looks to be faulty and bad oil.

Farron Cousins:                  What’s interesting to me is that Dollar General’s tried to say no, we keep it out there on the shelves because people like to use it for, for their lawn equipment. You know, your, your, your lawn mower. You know, maybe you have a gas blower or gas weed trimmer. That, that’s really what this oil is for. But that’s not how you label it. That’s not how it’s marketed. That’s not how it’s displayed right there in the store. You’re your own display betrays your legal argument here when you try to say, no, this is lawnmower oil.

Nobody would would put this in their vehicles and if they did, it’s their own fault. No, you knew exactly what you were doing. You knew exactly where to put it so that people could compare and say, oh, the Pennzoil brand here might be $10 but dollar general’s brand is $5 for 10W, you know, sorry, I’m not good with the oil numbers, with 10W-30. Yeah, I’m going to go with the $5 over the $10. They knew what they were doing and that’s why they do it.

Scott Hardy:                          Exactly. I mean, the average consumer, even though we see lots of ads on TV about different additives to oil, like you said, synthetic or regular, but if I’m just buying 10W-30 or 10W-40 oil, I mean me personally, I don’t know there’s a big difference, right? Oil is oil. But now we know there’s a really big difference and you very well should stick to that name brand. Otherwise you might get, you know, shystered in to buying this allegedly bad oil from places like Dollar General if you’re buying generic.

And so, I mean this is covering anybody who actually put in, you know, put this in their cars made after 1930. So I’m pretty sure that covers everybody that bought this Dollar General oil and sadly used it in their cars and had, especially if they had problems with it. Make sure you find those receipts for any repairs that you made on your car and hold onto those tight because, you know, Dollar General might be going ahead and putting that money back in your pocket if you’ve got that.

Farron Cousins:                  So as long as I don’t have a vehicle that was made before the Great Depression, basically anything is covered under this. That, that is a massive, you know, lot to choose from there. But again, and you know, sometimes consumers have to understand and I know it’s tough, you know, depending on your financial situation, but there are certain instances where the generic brand, where the cheaper brand is actually a worse value. And when you’re talking about something that goes in your vehicle to keep it running, engine oil is probably the one where you know what, it might be a couple bucks more expensive, but go with the bigger name brand.

The one that you trust, you know, don’t get Joe’s dollar oil. Probably not going to be what you need here. But if you need more information about this particular case, follow the link in the description of this video. Head on over to topclassactions.com. It’s got all of the information that you need. If you purchased this vehicle ,or this oil, excuse me, what it could do to your vehicle and the next steps that you need to take. Scott Hardy, topclassactions.com. Thank you very much for telling us this story today.