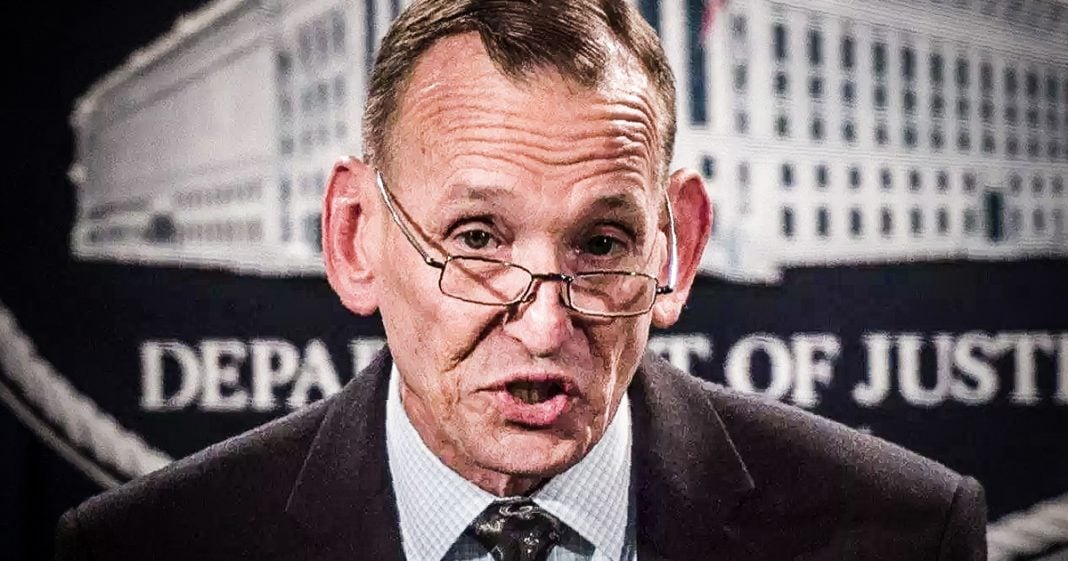 The director of the Secret Service has been fired by the Trump administration. While there are still no clear answers as to why he decided to make this move, theories ranging from the lack of security at Mar-a-Lago to Stephen Miller’s purge of people who don’t hate immigrants enough are beginning to emerge. Whatever the reason, this move signals that the White House is still mired in chaos, as Ring of Fire’s Farron Cousins explains.

So late yesterday afternoon news broke the Donald Trump was firing the director of the US secret service. Randolph Tex Alice, and a lot of people don’t understand why. In fact, most of us don’t understand why because they haven’t exactly given us a good reason. Trumps a little press release or what have you. After the event, just thanked him for his service, said, hey, it’s a really great guy here. Great job. Now get the hell out. So we don’t know exactly what’s going on here. But there are a couple of prevailing theories. First and foremost is that this is part of the plan. You know, that’s been in place for a while now to basically purge the White House of anybody who was a John Kelly pick. You know, anybody who was kind of loyal to John Kelly, really his, he didn’t necessarily get to pick these folks, but he liked them. They liked John Kelly and with Kelly out of the White House.

These people are suddenly not feeling so great about the way everything’s working. So that’s one theory. The second is that kind of related to that Stephen Miller is the one pulling the strings, telling Donald Trump to get rid of all of these people so that Miller can then replace them with hard liners on immigration. Uh, something that he had clashed with all of these people over, including John Kelly. So that could be an extension of that. And the third is that Donald Trump’s a little unhappy about the secret service. Telling him that security down at Mar-a-Lago was really pathetic. And that’s how that woman was able to enter with malware on a USB drive in addition to a separate hard drive and a laptop and for cell phones without being caught. You know, eventually, yes, the secret service stopped her multiple times or story kept changing and they finally realize something was wrong and they told the president, yeah, this, this is really unsafe.

And Trump wasn’t happy about that. Personally, I think it could be a combination of all three. I think this White House is just suffering through that much chaos of not knowing what the hell they’re doing or how the hell do you even do it? If they ever figure out what it is they want to do. So that’s why we’re in the situation that we’re in. That’s why we have several agencies at this point that don’t actually have real heads, just people acting as the head of that agency or that department or that position in the White House because Trump doesn’t know what he’s doing, but he’s demanding loyalty from everybody who also doesn’t know what they’re doing. And that’s why these people are going. Kirstjen Nielsen was a horrible human being, but she was fired because she wasn’t horrible enough. Uh, Randolph Alice here, not, not sure that anybody really had any problems with this guy other than the fact that he did report directly to Kirstjen Nielsen. So maybe the fact that that was his chain of command cost him his job after 40 years of service to this country. But nonetheless, things are getting bad and based on what we can gather from the available evidence, things that are going to be much worse if Stephen Miller does in fact have his hooks into these departments and is going to be in charge of restaffing them with people that are going to make Kirstjen Neilsen look like Mother Teresa.