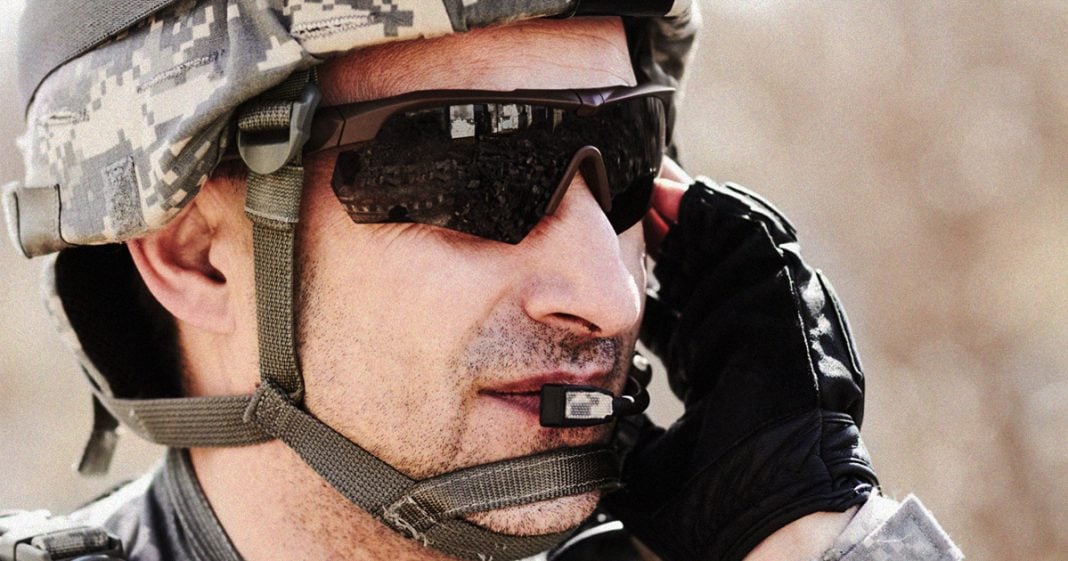 Contractors delivering shoddy equipment to the US military is a practice as old as this country. But the latest round of faulty products – an earplug produced by 3M that has already led to a penalty of over $9 million paid to the Pentagon – is leaving veterans with substantial hearing loss and impairment. Ring of Fire’s Farron Cousins discusses this issue and the resulting lawsuit with attorney Becca Timmons.

Click here to learn more about the 3M earplug lawsuit.

Farron Cousins:                  Since the early days of the United States actually being an independent country, military contractor fraud has been there. It’s something that existed way back when. It’s something that’s still exists today and it actually happens to be one of the biggest areas of contract fraud, I guess you’d call it in this country. And what I mean by that is that we have people who get military contracts, companies, whatever, and then they provide shoddy products, you know, don’t perform the services that they’re supposed to be performing and we’ve got one of those issues today. And that issue happens to be with a series of 3M earplugs that were sold to the US military to help soldiers from getting ear damage from all of the noises, explosions, gunshots, and whatever it is.

Joining me now to explain what’s happening is attorney Becca Timmons. So Becca, we’ve got 3M, they had this earplug for, for a long time, many years. This was actually the only earplug that the military would use. And now we’re finding out because of a massive settlement they had with the DOJ, this was a very faulty earplug that did not do what it was supposed to do, did it?

Becca Timmons:                Yeah, that’s right and the design of the, the, the earplug at issue is, is inherently faulty because 3M or in their predecessor company Aearo Technologies, tried to develop a selective attenuating device, which essentially ended up being a two-ended earplug. One and that completely occluded the ear canal. That operates much like a traditional earplug that you would use at a gun range as a civilian. And then the other end that has a channel that directs noise, certain low level sounds, for example, orders given by your commanding officer or approaching footsteps of a enemy combatant.

And so what 3M, their design ended up being, was attaching two earplugs on the, on a bezel edge on a, on a stem. However, because the bezel edge of the outward facing earplug is, butts against the ear canal, it had a tendency to wiggle free from the ear canal and providing zero protection because sound would just go around the earplug and enter the ear. And this could have been fixed with this, solution was probably as easy and straight forward as making the stem a little bit longer. So the two bezel ends of the earplug were farther apart.

However, for reasons unknown yet we’ve, this litigation’s very early on, we haven’t really gotten into discovery quite yet. 3M and their predecessor company Aearo Technologies elected not to extend the stem and use the original design.

Farron Cousins:                  What we’ve seen a lot and maybe as you point out, maybe we’ll see that with this case, but we’ve see it, one of the ones I like to point out is the GM ignition switch. I think that was a piece that saved them $2.13 per vehicle. So it’s probably a situation like that, you know, if we extend the stem, it’s going to be a few more cents per, but if we’ve got to make 5 million of these, you know, obviously this costs us an extra, you know, 250,000 so we shorten it by a millimeter by two millimeters.

We make more money. Yeah, the products a little bit more faulty. And again, we don’t know if this is the situation with 3M but it is, it’s typical with corporate behavior. I mean, you’ve seen it, I’ve seen it. We’ve been through documents. They cut costs when they can typically, not always, but this, this seems like one of those situations.

Becca Timmons:                Yeah, that’s very, very possible. I mean, yeah, I think the same thing. I think the Pinto gas tank, they could’ve put, you know, a cheapy little liner in there and could have saved people from, you know, burning alive in their cars. But yeah, that was a financial decision. It’s not clear if that’s the case here. If it’s, you know, a slightly longer stem costs, it cuts into their bottom line a little bit more. But what we do know is that when they are designing this earplug the, an army audiologist, and it’s unclear whether he was even been authorized to talk on behalf of the army or the military, but he requested that the earplug be shorter so it can fit into a carrying case.

And this carrying case had been used by a military service members probably starting in the early nineties. So, the, to be able to reuse the same case, they compromise the effectiveness of the product. But again, it’s still early on. It could, it could very well be that 3M or whomever decided that this is the cheaper, most economical way to do it.

Farron Cousins:                  And so we know there was a little over $9 million settlement that 3M had with the DOJ because basically the earplugs are bad. But that’s not the end of it because obviously, okay, the DOJ wants some of their money back. I guess that’s what they got. But now you have these soldiers who were relying on these earplugs to, you know, help them from getting this massive ear damage from, you know, explosions or whatever it is. Those are the people who are suffering right now. And those are the people, I guess that, that, you know, I guess these lawsuits that are developing, that’s for these people, correct?

Becca Timmons:                Right. This is for, for service members who used these earplugs between 2003 and 2015. Most of them exit the military with tinnitus and or hearing loss secondary to percussive loud sounds associated with military service. What we’re hoping to do is hold 3M accountable for misleading the government and misleading all of our service members who relied on what’s they held out was an effective product and we hope we can give them some kind civil recovery for their injuries.

Farron Cousins:                  Fantastic. Becca Timmons, I appreciate you taking the time to tell us this story today. Interesting to see what’s going to happen as this case continues to unfold and what we find out during discovery. We’ll definitely check back in with you once we know a little bit more. Thank you very much.