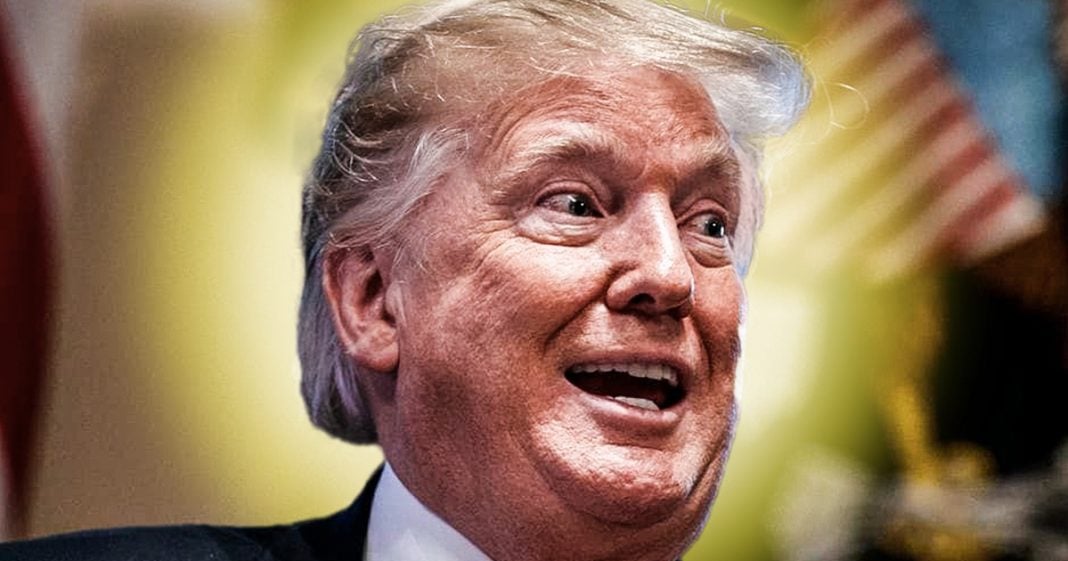 Evangelical Christians in the US have always had a hard time differentiating the charlatans from the righteous, and they are again making the same mistakes with Donald Trump. These so-called religious individuals have completely disregarded everything in the Bible in favor of supporting a man who hates the poor, hates foreigners, and degrades his fellow human beings on a daily basis. Ring of Fire’s Farron Cousins discusses this.

One of the things that always bugged me about the Bush administration, aside from the fact that they were getting people killed every single day with their unwinnable war based on lies, which the fact that you still had the evangelicals here in the United States, the right wing evangelicals that stood by Bush, no matter what, when he was out there killing all those non American people, they were cheering them on. They believe that he was actually sent from God himself to take out these people. And as bad as it was back then, it is so much worse today with these so called evangelicals, the daily beast recently had a great report talking about the fact that these evangelicals are on Trump’s side when it comes to immigration, even though his policies are directly contradictory to everything that is in the Bible, the Bible tells us it old and New Testament by the way, to embrace the forerunner, to welcome him to our land, to greet them with open arms and to provide for them.

That’s, that’s what the Bible says. That’s what Jesus told us. And, and yet here we have Trump saying, embrace them. So you can throw their ass into a cage and separated from their family and the evangelicals have said, you know what? I think that makes a lot more sense than what that that old crazy books says that Jesus Fella, he doesn’t know what he’s talking about. No, the religious right in, I don’t know that they ever had a soul, but if they did, they sure as hell have lost it because they don’t know what they’re doing. They don’t know the first thing about what it means to actually be a good Christian and even beyond that to just be a good human being, Christian, Muslim, Jewish, atheist, agnostic, whatever, just be a decent person. And yet these people who are supporting Trump and saying, we like him better than that Jesus guy. Okay, that’s about as bad as you can get. And it’s not just immigration. Healthcare.

Jesus healed the sick. They want to protect big pharma profits. The Republican Party does. Guess which side the evangelicals were on there on the republican side. Charity, give, give what you can. Meanwhile, they’re backing a president whose family literally stole money from a charity raising money to help kids with cancer. Well, they think that’s cool. They think that’s okay. They’re good with that. We don’t want to give money to poor people. Get a job. You’re Bob Welfare. Taking care of the less fortunate that like these other things is also specifically in Bible saying take care of these people. But again, they just want to yell at them. They don’t want to provide anything. They don’t want to give a handout. Help yourself. I had to, nobody helped me growing up. It’s disgusting. It is absolutely disgusting. This bastardization of religion that has happened at the hands of Republicans. Now I am not a religious person. I grew up in a religious household. Okay. Went to Catholic school actually for several years. So this was ingrained in me.

But what I took away from it was not necessarily the, the supernatural portions of it. I took away from it, be a decent person and take care of everybody regardless of their race, their religion, their means, take care of everybody and just be a decent human being. And if your taking anything else other than that from those books, the old or New Testament, then you’re not reading it correctly. And clearly the members of the evangelical religious right are not reading that book the right way or more likely. They’re not actually reading it at all. Because if they did, if they took five minutes to study what that book tells us to do as human beings, none of them would ever support Donald Trump or any republican ever again. And that’s why they choose not to open it.