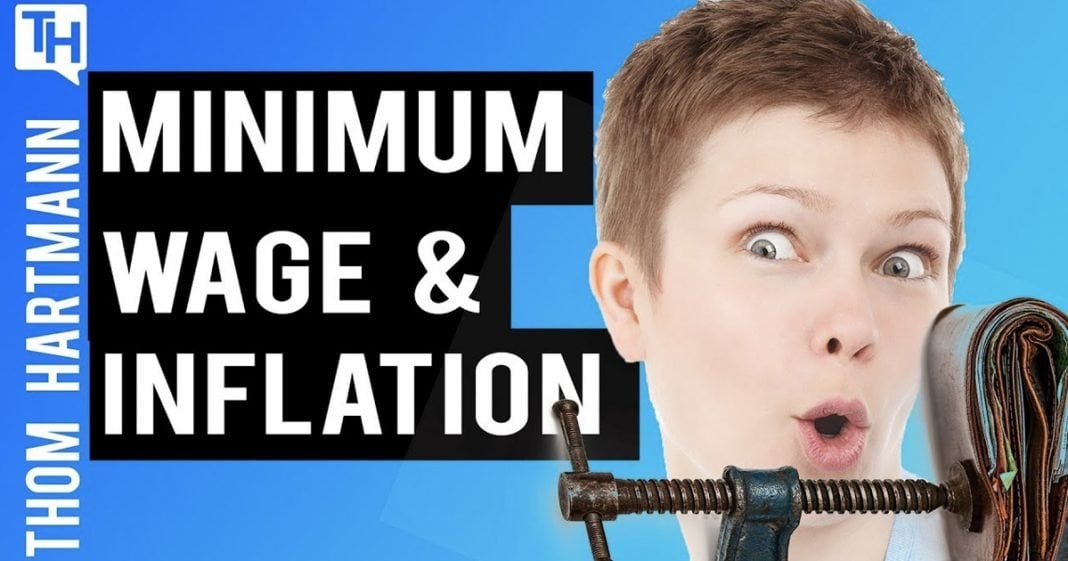 The minimum wage is still below a living wage in the United States. But despite massive grassroots efforts like the Fight For 15 campaign, some are still not convinced that raising the minimum wage would produce the desired outcome.

Here Thom Hartmann debunks the much talked about link between minimum wage and inflation. What other minimum wage myths are keeping people from demanding a living wage?