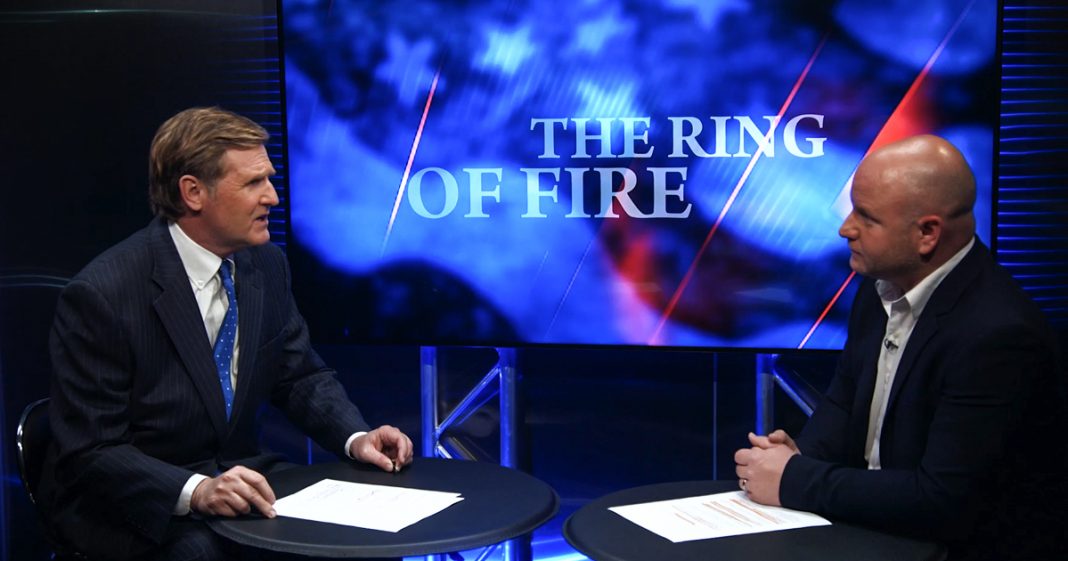 A Michigan agency has approved Nestlé’s plan to boost the amount of water it takes from the state, even though more than 80,000 residents had asked for the state to refuse Nestlé’s request. Ring of Fire’s Mike Papantonio and Farron Cousins discuss this.

Mike Papantonio:             A Michigan agency has approved Nestlé’s plan to boost the amount of water it takes from the state, even though more than 80,000 residents had asked for the state to refuse Nestlé’s request. And so, again, it comes down to an agency that’s packed with political hacks. We know the ending to this before it even starts. I want you to think about something. When we saw all of the Koch brother activity … remember the Kochs? They were getting involved in school board races and county commissioner races, and everybody’s scratching their head, saying, “My God, you’re spending billions of dollars on these dogcatcher kind of races. What’s up?”

Well, this is what’s up, you see. This is what’s up. Now the agency in Michigan is going to say to Nestlé, “Oh sure, we’re water-starved, our water is poisoned, you’ve taken …” Nestlé, as you know, has stolen water from California. They’ve stolen water all over the world. I claim it’s stealing, but really from the standpoint of the way it all takes place, it takes place with political favors, it takes place, spreading money around. In California, for example, what was it? For years, was it 20 years?

Farron Cousins:                  What’s happened here is that Nestlé was already taking water away from Michigan, which is one of the most water-starved states in the country. They were doing 250 gallons a minute at current rate. They wanted more. 250 gallons per minute was not enough. They wanted 400 gallons per minute. So the agency in Michigan does what they’re supposed to do, they open it up for public comment. 80,945 people came out publicly and addressed the agency and said do not let Nestlé do this for reasons X, Y, Z. 75 people in the State of Michigan …

Mike Papantonio:             Pure Life. They make a product called Pure Life, 10,000 shards, little pieces of plastic that are microscopic, they have to use dye to find it, but it was the highest of all of them.

Farron Cousins:                  It was, and so you have to wonder, obviously, when they pump this water out of the earth, out of the springs, it doesn’t have plastic in it, so what point along the way are they putting this plastic in there? How is it getting in there? But more importantly with this Michigan story, Flint, Michigan is still a disaster. They do not have clean water, and Nestlé comes along and the state, controlled by Republicans, says, “You know what? Take more of our water. What do we need it for? The poor people in Flint? No, no, no. They like their leaded water. You take what you need, Nestlé.”

Mike Papantonio:             Let me point out, they’re doing it all over the world. You need to watch this story. This is a very ugly story. It’s going to get really, really ugly once they own all the water aquifers.