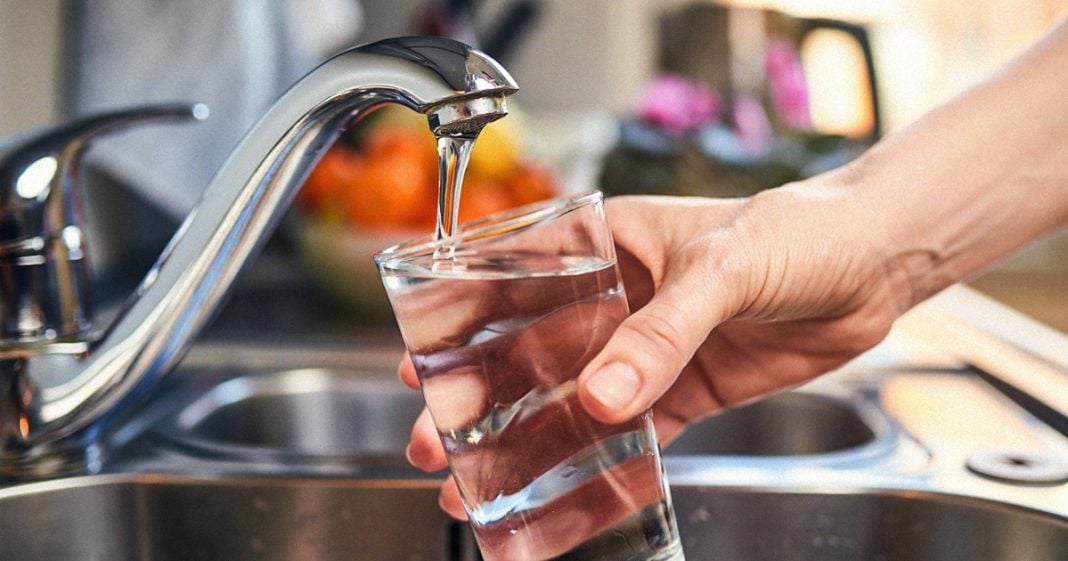 Most Americans don’t know that they are drinking contaminated drinking water every single day, but that is the reality that millions of Americans are living with. Worse still, the Trump administration has refused to address the widespread contamination that we’re seeing from these chemicals called PFAS. Ring of Fire’s Farron Cousins talks with attorney Wesley Bowden about this contamination and how consumers can fight back.

Farron Cousins:                  Earlier this year, the Trump administration announced that they would be studying the impact of chemicals known as polyfluoroalkyl substances, PFAS and much to the chagrin of millions of people in this country who are drinking contaminated drinking water, those studies, the analyzing, it’s not enough. People want action and unfortunately we’re not getting that action on the federal level. But a lot of people, even those who are drinking these toxic substances, don’t even understand how bad these chemicals are.

So I’m joined now by attorney Wesley Bowden with the Levin Papantonio law firm to help tell us the problem with these PFAS chemicals. So Wesley, this is a big deal. This is something we’ve actually discussed on Ring of Fire in the past. PFAS, Levin Papantonio handled a massive case that actually involved a certain PFAS, C8 that, that poisoned countless people, still poisoning countless people to be honest.

But that’s not the only source of PFAS’. We’re, we’re, we’re seeing them pop up. They’re all over the place. They’re in all kinds of different products. Tell us what kind of products are out there that are putting these chemicals out there for the public?

Wesley Bowden:               Right. So historically PFAS’ were used in a wide variety of products. Really the main manufacturer was 3M they made a chemical known has PFLs and DuPont used a chemical they purchased from 3M called C8 or PFOA. Those chemicals have been around since really since the forties, they wound up in our products by the fifties and sixties. You would find them in coatings for cups that you get at McDonald’s. Wrappers for fast food. Scotch Guard on your floors. Clothing that had water repellent properties until just a few years ago. All of them use PFOS and PFOA. And the industry started to make a change, but the change was really just a sleight of hand.

Farron Cousins:                  We’ve, we’ve seen studies that come out telling us that these chemicals, they’re linked to all kinds of different cancers. They’re linked to all other kind of biological problems. When they get into a human body. You’ve laid out some examples there, you know, as in the fast food wrappers, the cups, the clothing, a lot of different things. But, but one of the big sources, I guess we’re seeing right now is actually in these firefighting foams.

Farron Cousins:                  We, we’ve had instances actually here where we live. We’ve had a big problem with that. Colorado about a year ago, dealt with a massive issue around one of their air force bases with these firefighting foams that then got the PFAS. Explain how that works with the firefighting foam and why that’s a problem for the whole community in the area.

Wesley Bowden:               Right. Yeah, and so the firefighting foams are a big source of contamination. So when a military base or an air force base, for example, is putting out burning jet fuel, if there’s, if there’s a airplane accident or if they’re just simply burning off excess fuel, they would use these foams to put them out. We also use them just in our ordinary fire departments for our training facilities and actually in fire suppression. So once they spray these chemicals out into the environment, that foam worked it’s way down into our soil and worked it’s way down into our aquifers and wound up in our drinking water.

The surfactant that’s in that foam can’t be removed. You have to use carbon filtration or you have to use reverse osmosis filtration. Both of these are very expensive and there’ll be ongoing for years and years. And the reason it’ll be on going is that once released into the environment, these chemicals will stay there for a million years is our best estimate.

Farron Cousins:                  So the, these chemicals, essentially are gonna outlive humanity basically. I mean, just purely on an evolutionary standpoint, a million years, humanity is probably not going to be around anymore. I mean, I mean that’s how serious we’re talking about with these particular chemicals. And again, we, we’ve covered the issues on Ring of Fire of how toxic they are to the human body. But there’s another, another part of the story here is it’s not just the people who ingest them, which right now I think the environmental working groups says you get between 40 and 60 million people whose drinking water is contaminated with this.

Farron Cousins:                  Well okay, if, if you, the consumer understand this and you know, and you know your area has been contaminated, now what? Now what? You know, I can’t drink my own water. And that’s what’s kind of sparking a lot of these lawsuits. It’s not just people who have been poisoned. It’s the people who say, well now I have a home that I can’t even use the water. I can’t cook. I can’t, you know, drink, I can’t make baby formula. What do I do? And what do those people do in this situation?

Wesley Bowden:               Well, unfortunately the only thing they really can do is to get an alternative source of water. In our area, we find that the Navy is actually giving people bottled water, big jugs of water to use to, you know, rinse their baby bottles in, to prepare their food and to drink on a daily basis.

Unless you have a clean source of drinking water, you’re going to continue to dose yourself with these chemicals which have been linked to human disease, including cancer. There’s really nothing that people can do to determine this themselves. They have to have their water district or the government come in and test for these chemicals. In our area, for example, these chemicals have been around for decades. We did not find out about it until about 60 days ago. They started doing testing of private wells around some of our airfields.

So this problem is, is I think gonna grow in scope. I think that as the government continues to test and as our local water supplies continue to test, we’re going to find that this is a massive, massive problem. So I think that initial estimate of 40 or 60 million people having contaminated water is likely much higher. This isn’t something that you or I could go to the store and pick up a test kit for. It requires a certified lab to discover this and to look for it.

Farron Cousins:                  With the environmental working group, unfortunately for us in this area actually lists us as we are. We are right here where we are one of the, one of the worst, not the worst, but as usual, this area, horrible drinking water, historically bad, and now we’ve got to contend with the fact that we have these extra dangerous chemicals floating around in our water. Wesley Bowden, thank you very much for telling us this story and thank you for staying on top of this issue for us.