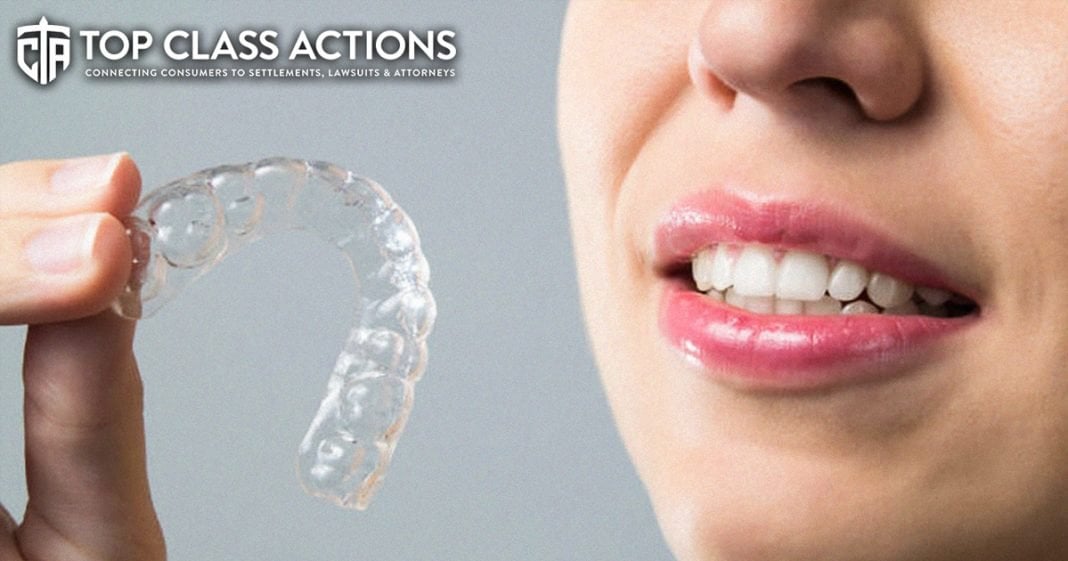 The manufacturer of Invisalign uses their monopolies in the dental alignment and scanner markets to artificially increase prices and maintain control over the industry, a class action lawsuit states. Invisalign is a custom manufactured dental aligner system that allows consumers to straighten their teeth without visible braces. The fit for Invisalign plates are reportedly generated using “hand-held intraoral scanners” under the brand iTero. According to the Invisalign class action, the company knew that maintaining a monopoly on intraoral scanners would influence dental practices to use the matching brand of dental aligners, prompting them to initiate this scheme.  Ring of Fire’s Farron Cousins discusses this with Scott Hardy from Top Class Actions.

Farron Cousins:                  Over the last few years, the company Invisalign, the group that offers those clear braces that you can get at any age, nobody’s going to see you have braces. Their business has really taken off. It offers a service for adults who might be a little too embarrassed at their age to walk around with, around with braces. It’s more convenient. They can be removed. Overall, it’s a really great product and the company knew this and unfortunately that’s why they’re now kind of getting popped for an alleged price fixing scheme that they had with the company who actually does the modeling of people’s teeth.

Joining me now to talk about what’s going on is Scott Hardy from Top Class Actions. So Scott, for the last few years, I mean, you turn on the TV, you’re going to see an Invisalign commercial at some point in any 30 minute program. It’s hugely popular. People like it. But behind the scenes, there’s not a lot of likable stuff happening right now. So tell us about this price fixing that’s, that’s allegedly happening.

Scott Hardy:                          Yeah, this is really interesting. I mean, back in my day Farron, I didn’t have Invisalign. I had to get real braces. So that’s what I did. I would’ve loved to get Invisalign, but that wasn’t an option back when I was a kid. Nowadays, you can go in there and they’ll actually, you know, scan your teeth and get you those cool plastic guards to make it so you can align your teeth without the brackets there. And it’s interesting that they’re pulling in more than a billion dollars a year.

So, hey, kudos on you. You’re making a really cool product. A lot of people are really happy, but what scared the investors on that billion dollars a year in earnings was when their hundreds of patents starting to expire. And so what Invisalign did is they said, well, we could make this easier and allow other scanners in the marketplace to scan teeth and allow more dentists, give more dentists the opportunity to sell Invisalign.

Let’s not do that. Instead, let’s go ahead and make it required that you have to use iTero scanners by a de facto method, meaning that they don’t say you have to use their iTero scanners to scan the teeth, but they will only accept scans in the iTero file format. So you know, what are you going to do? You could go ahead and use a different scanner and scan, you know, scan your patient’s teeth to, and then convert that into the iTero software.

Or you can just go ahead and pay the extra align, Invisalign tax so to speak, buy the iTero scanner, which is likely more expensive and give everything the Invisalign way. But that’s exactly what this, this antitrust lawsuit is about is they’re saying, hey, the patents have expired. You need to go ahead and open things up and make it so we can use other scanners. We don’t have to buy your scanner to buy your product.

Farron Cousins:                  What, what’s so weird to me about this is that it seems like Invisalign probably could have just made more money had they said, okay, well the patent’s expired, so other scanners are going to come into the market. But they kind of missed the part that those other scanners were going to be used to get people to buy their product. You know, they always, this is common, so common among corporations here in the United States is they lose track of the long run.

They only focus on the short term huge profits. Instead of thinking, how can we make the most money over the next 10 years instead of over the next two years? And to me, allowing more dentist offices throughout this country to use a different kind of scanner is probably going to put a lot more people on the Invisalign program than limiting it to only the iTero scanner and software.

I mean, maybe that’s just me, perhaps I’m wrong, but I would think opening up a market of a few million people would probably get you more money than trying to do this antitrust or, you know, or price fixing scheme that they had going on here.

Scott Hardy:                          Right. You know, you would think that they’re gonna make their money by selling the Invisalign, you know, braces that people are putting on because they’re selling a ton of those, you know, you don’t just buy one and then you’re gone for a year. I believe that, you know, you’re switching those out every couple of weeks or maybe every month or so. So, you know, that’s how Invisalign should be building their revenue model and continuing that rather than just try to add some juice to their profit margin by overpricing, allegedly overpricing these scanners and selling them to orthodontists and dentists to, you know, get it out there.

It makes more sense to me. Just like you mentioned, to allow any scanner you want, use the Microsoft method, right? You know, you can use any computer you want, but buy our software, pay for it and you know, so use any scanner you want that’s, that will give us a picture we need and just sell our Invisalign braces.

That’s all we, that’s all we care about. Sell them, sell the heck out of him. But, you know, they’re, they’re trying to pad their prof, profits and hey, you know, you’re making $1 billion bringing in $1 billion a year, you know, you’ve got a lot of flexibility in there and in defending yourself from antitrust class actions like this and antitrust lawsuits. But it seems like a loser to me, both to the consumers and from consumers that are looking for options.

I think it would be much more likely now knowing how Invisalign is going about their business practice that dentists out there and might go for another option, especially since those patents have expired to other than be forced into hardware other, you know, they might not have to purchase.

Farron Cousins:                  You know, and that’s the thing is that there are competitors that have started coming on the market in the last couple of years here, giving Invisalign a bit of a run for their money. But rather than saying, we’re going to become more competitive, they tried to kind of corner the market here and it’s going to come back and bite them. They’re going to end up losing money on this, not just in the form of potential payout from a lawsuit, but you’re going to get some really negative publicity. You’re going to get some dentists and orthodontists who are saying, you know what, I don’t want to jump through your hoops.

I’m going to go with one of the competitors instead. This was a bad move. This was a bad call, and as always, it helps screw over a lot of consumers along the way. So if anybody needs more information about this particular case, head on over to topclassactions.com you can follow the link in the description of this video and while you’re there, sign up for their newsletter and get all of the important stories that consumers need to know about delivered directly to your inbox every single week. Scott Hardy, Top Class Actions. Thank you very much for talking with us.