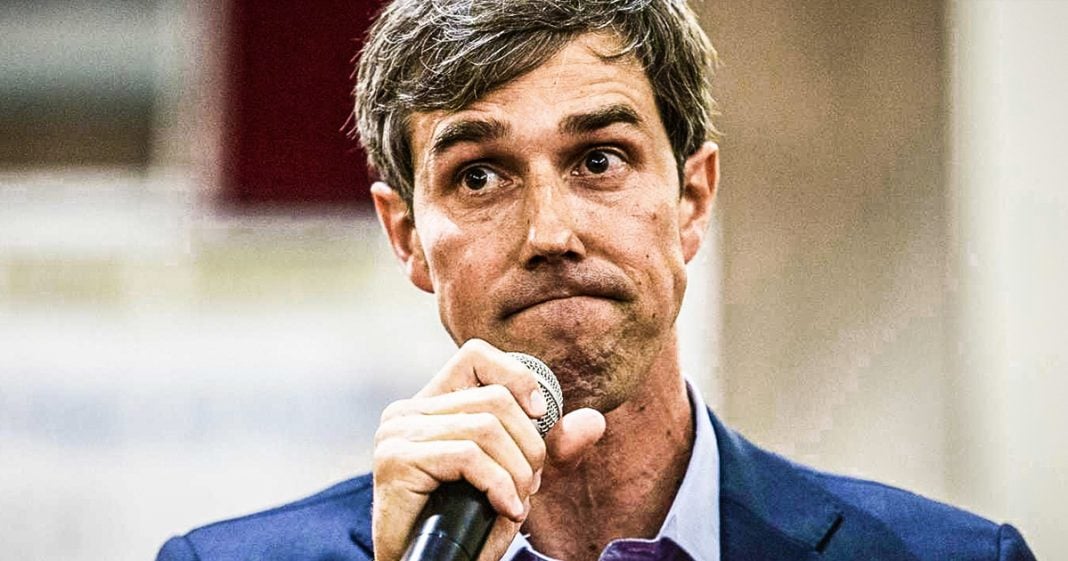 The 2020 Democratic candidates keep committing unforced errors in their campaigns, and one of the worst errors that didn’t have to happen is Bernie Sanders’ continued failure to release his tax returns. This is a simple thing to do, and he’s had 3 years to do it, but he keeps kicking the ball down the road on the issue and his detractors are starting to notice. This isn’t the only error that Democrats have committed, and Ring of Fire’s Farron Cousins explains why Democrats, at least right now, are their own worst enemies.

We have a lot of people running for president on the democratic side of the aisle right now, and in fact, if a things play out the way they’re supposed to be, we’re actually getting more in the coming days, even more Democrats running for president, which, hey, yeah, bring them all on. Let’s give us lots of options to choose from. Here’s the thing, we’ve got lots. We’ve got a few really good people right now running for president. I can’t even say lots because some of them are kind of getting worse by the day. Mayor Pete, I’m looking at you, but here’s the biggest issue. Whether they’re good candidates running on the Dem side, whether they’re weak, whether they’re bad weather, the corporatist are centrist, or let’s all play nice and jump on tables. All of them have been committing these unforced errors that are absolutely driving me insane. You’re committing mistakes that you ought not be committing, and it’s hurting your campaigns. And one of the biggest ones right now, and I know people can be pissed that I’m saying this, but it’s Bernie Sanders tax returns.

Bernie Sanders continues to tell us, oh, you’re going to get those tax returns very soon. They’re, they’re coming. They’re coming sooner rather than later is what he told us month and a half ago. And then he didn’t give it to us. And here’s the problem with that. This is why this is an error of first and foremost. As I’ve said plenty of times, I don’t think you’re going to find anything damaging in Bernie Sanders tax returns. But when you continuously promise a, promise us that they’re coming and then you don’t deliver, it makes us think and it makes sure critics think that you do have something to hide. That there is something damaging in there that you don’t want us to see. That is why it is so important for him to release these tax returns. And the issue with Bernie and why I’m not harping on all of the other people who have also not released their tax returns is because Bernie’s had the longest Bernie, you know, promised us in 2016 we were going to get these and he gave us one year and it wasn’t even the full year. Okay.

But there was nothing in that year that would raise any concerns or red flags, and I firmly believe that we’re not gonna see anything in there that’s going to hurt him, but it does beg the question as to why we’re not getting them and to the other Democrats running for president, where the hell are your tax returns too? We have to have transparency. We have to have openness. We need to see these things. Trump’s not given us his, and you’ll see how that’s working out for them. Now. You’ve got Democrats tried to subpoena them. You need to give us these tax returns to avoid problems in the future. Hillary Clinton gave us 30 years of tax returns. I see no reason why every Democrat running for president couldn’t do the same thing. Right now, we only have Gillibrand Klobuchar and Inslee who have released tax returns.

We need to have every single person running for president and on that list, but make no mistake, this tax return thing is not the only unforced error. The, the Elizabeth Warren DNA test thing was an error, but only because the republicans were able to latch onto that narrative, shape it, twist it, and control it. Now Elizabeth Warren still needs to, in my opinion, come out and say, listen, I’m sick of this Pocahontas nonsense. My mother had told me that on her side growing up in Oklahoma, we had native American ancestry and I believed it because why would I doubt my own mother? I took the test to see if it was true. It turns out it was not. Sorry, let’s move on. You know, I was basing that on something my mother told, but apparently it was just a family tall tale. She still needs to do that and that can help correct that error. Cause Right now Republicans love calling her Foax-Kahontas. That one is easier to overcome just as his, Bernie’s just give us the tax returns and then we’re good to go.

But there’s others, right? There’s better or work or Rourke’s just general weirdness. The jumping on the tables, you know, the dentist video all on you and nobody cares. Nobody wants to see that. That’s weird. Stop. It also stopped being a mealy mouth centrist. Who thinks everybody needs to play nice with one another because that’s not going to work very well. We have other Democrats running who say, oh, I don’t know how you feel about reparations. Maybe, but I’m not sure. Oh, medicare for all. No, no. Medicare for some and then maybe not for others. Oh, I’m a capitalist. I love capitalist. Oh, let me hug you even though I just met you and you don’t know me. And this is weird, right? Am I holding on too long. Yeah. Democrats are their own worst enemies right now.

Any one of these people, good or bad. And I’ve got some, I really dislike running for president on the democratic side, but any one of them would be better than Donald Trump. And I believe given the right advice, any one of them could beat Donald Trump, but not if they keep screwing themselves over. Democrats are their own worst enemy and they always have been. You’ve got time to change this and time to over come it. But each day that passes at time ticks down a little bit more. So you got time now, but two, three months from now, that’s ballgame. That’s where we’re in it to win it. So get your shit together and stop committing these unforced errors.