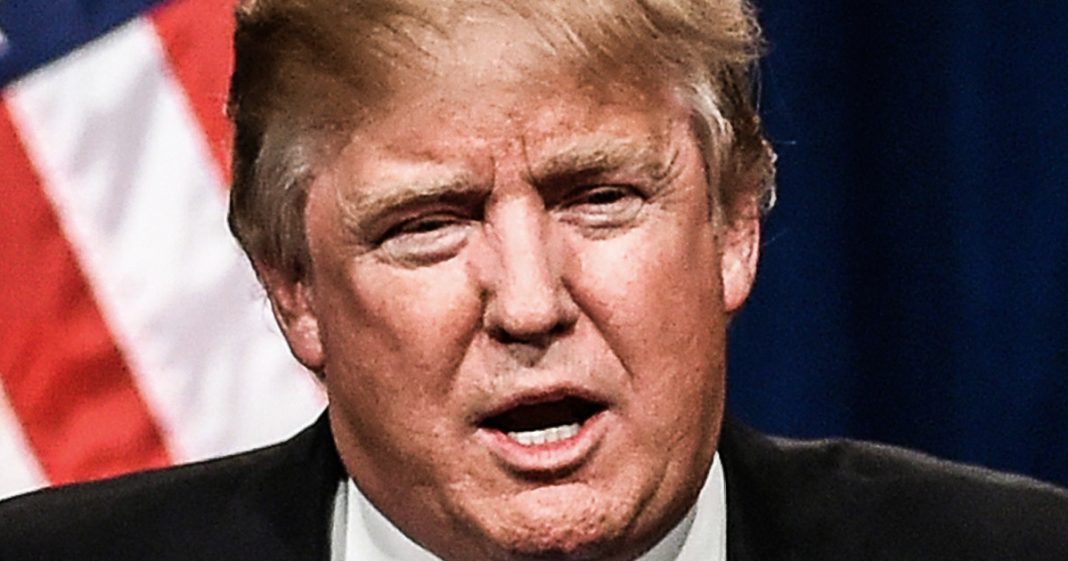 Several Republicans are putting more serious thought into the idea of primarying Donald Trump before next year’s election, especially as the financial scandals being investigated in New York continue to unfold. This would be a dangerous move for any member of the GOP, as the Party has officially declared that they will only support Trump if he gets primaried. But Republicans see an opening that they want to exploit, and Ring of Fire’s Farron Cousins explains what could happen.

Donald Trump still enjoys really strong support among the Republican Party itself. Roughly 90% of Republicans actually still support this guy even after all of his crazy nut job statements that he’s made really in just the last week. But nonetheless, there are openings, right? It’s only 90% is not 100% it was higher than 90% just a few months ago. So that’s gone down a little bit. And even though he claims to be exonerated from the Mueller report, you still got the really intense investigations happening up with a southern district in New York. Those would be financial crimes that are much easier to prove. And in fact, according to a lot of the evidence that comes out pretty much looks like he committed bank fraud. So he’s got those to worry about and that’s probably going to be much more severe than anything from the Mueller report. And so Republicans, at least three of them see an opening.

Those three happen to be Maryland governor Larry Hogan, former Massachusetts Governor Bill Weld, and of course John Kasick, the failed 2016 presidential candidate. Now Kasick in Weld Weld has actually formed an exploratory committee to see about primary and Donald Trump in 2016 Larry Hogan swears he doesn’t have any intention to primary the president, but he also says that priming the president could be a good thing. It could really help the party. Maybe put some fresh faces out there, and who knows? Maybe one of those faces will be him. And John Kasick, of course, is still mauling a potential 2020 primary challenge to Donald Trump. Now, those may not seem like a ton of people. It may not be hugely representative of what’s happening within the Republican Party, but sitting presidents have been primaried in the past, and when they were, even though they won the primaries, they were so bloodied up from that that they ended up losing their elections.

A primaried president, historically 100% of the time has lost their election. That’s kind of telling, right? But the biggest thing is that these republicans who are considering running against Donald Trump, they’re doing it because they understand that things may look decent right now for the president. But once these investigations from the southern district of New York, once they start coming out with, with some indictments and some subpoenas which they’ve already been working with, the banks that they’ve subpoenaed, things are probably going to get a lot worse for Donald Trump and come next January when primary’s do start an option that isn’t Donald Trump on the republican side. These folks believe that that option could become far more attractive depending on what comes out of these other investigations or what happens with Donald Trump’s policies when they continue to implode and help destroy our economy. These people aren’t foolish. These are calculated risks. They understand that the RNC passed a resolution saying they will only support Trump and will not support any republican primary challengers, but they see the openings starting to get a little bit bigger, and it wouldn’t surprise me at all if any one of these people who pretty much know that their political careers aren’t going to go any further anyway if they were to go ahead and jump in and primary Donald Trump, because I don’t exactly think it would be a fool’s errand at this point.