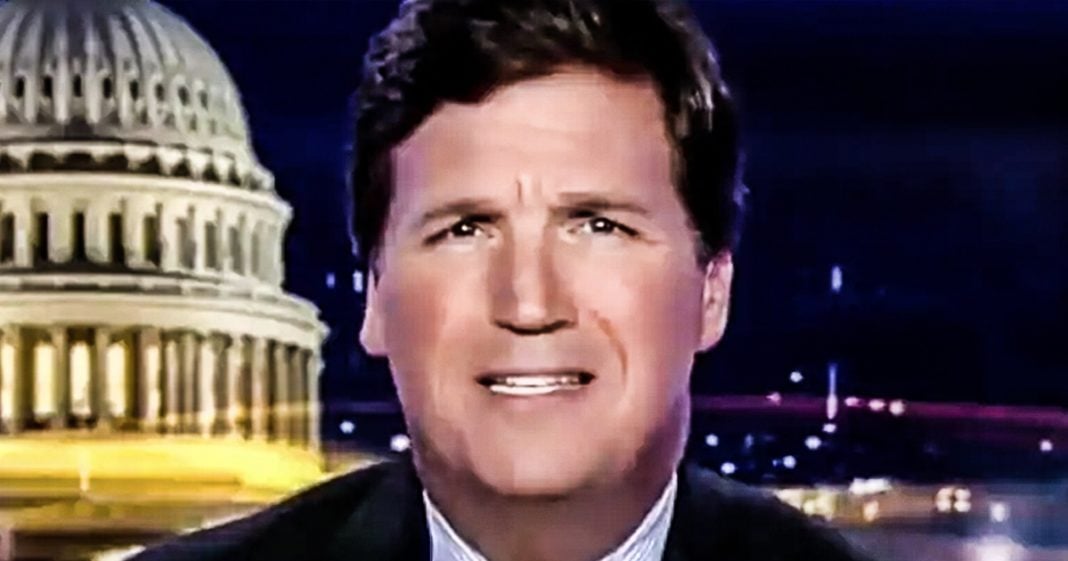 Tucker Carlson’s ratings might be at a near-record high, but his ad dollars have been cut nearly in half in the past year. This is due to the fact that he has completely turned his program into a nationalist hour where he rails against immigrations, assimilation, and other issues that only appeal to a certain sect of the white population. Ring of Fire’s Farron Cousins explains what’s happening.

Let’s be perfectly honest about this. Ever since Tucker Carlson came to Fox News, well, basically ever since Tucker Carlson left MSNBC all those years ago, he really took a hard right turn. He was always conservative, but at times he would occasionally make a little sense. But once he joined Fox News and started his little conservative news website, the man really dropped all pretenses about how he feels about non-white people. And according to new reports, those feelings about non-white people have caused his television show on Fox News to lose half of its advertiser revenue in a single year. According to these reports, uh, in 2017, Tucker Carlson show pulled in 92 point $7 million, 2017 almost a hundred million dollars for Tucker Carlson show pulling in advertisements. Last year, that number fell to 48.3 million, a decline of 47.8% now, what’s really interesting is that this decline in revenue was not reflected in a decline in ratings. In fact, Tucker Carlson’s ratings actually went up.

So more people are watching his show. It’s just that fewer companies want to advertise on it because they understand how toxic it is. It truly has become Tucker Carlson’s white power hour and advertisers don’t want to be associated with that. Yes, there have been boycotts that have been hugely successful, but even now when there’s not necessarily an active boycott of it, companies are still disappearing. And again, last month he actually was number one in the 25 to 54 age demographic in viewers, number one in cable news and that prize demographic. And yet he still can’t attract advertisers because he’s such a horrible piece of crap. I mean, in fact last night he actually opened his show with yet a nother rant about how non-white people coming into the United States is a bad thing. Tucker Carlson isn’t even trying to hide it anymore. In fact, he is openly embraced it and that has become his brand.

It’s toxic, it’s dangerous for the United States, and it’s also dangerous for corporations to associate themselves with it. And that’s a choice that these companies have to make. Do we want people to go in the store and see a bottle of our, you know, whatever aspirin it is that we’re selling and think, huh? Aren’t those the guys who think that Tucker Carlson’s just great. I’m going to pick the bottle of pills next to that for my headache. Corporations do make those decisions and right now a lot of them are making the right decision. Several days this week, according to people who have been watching this and reporting on a Jordan, no, uh, says that a lot of the time Tucker’s commercial breaks. You’ve, you of course have Mike Lindell and my pillow yelling at you sometimes for up to two minutes in a commercial break you have fox inhouse promos and you don’t really have a ton of other things happening.

Yes, there are still a few companies here and there, but no where near what it was. The problem is that as long as his ratings remain high, Fox News believes that there’ll be able to weather this storm, ride it out until everybody forgets. Maybe until Tucker Carlson stops being so horrible towards non-whites. But that ain’t gonna happen. Tucker Carlson’s job right now is not in any danger, but if the network continues to lose more and more advertising dollars from his program, eventually they will hit a point where it will be far too expensive to keep him on the air. All we the public has to do is keep up the pressure on the very few corporations left who are willing to advertise on his program. We get them to drop it, and Pretty Soon Fox won’t have any choice. But to get rid of Tucker Carlson for good.