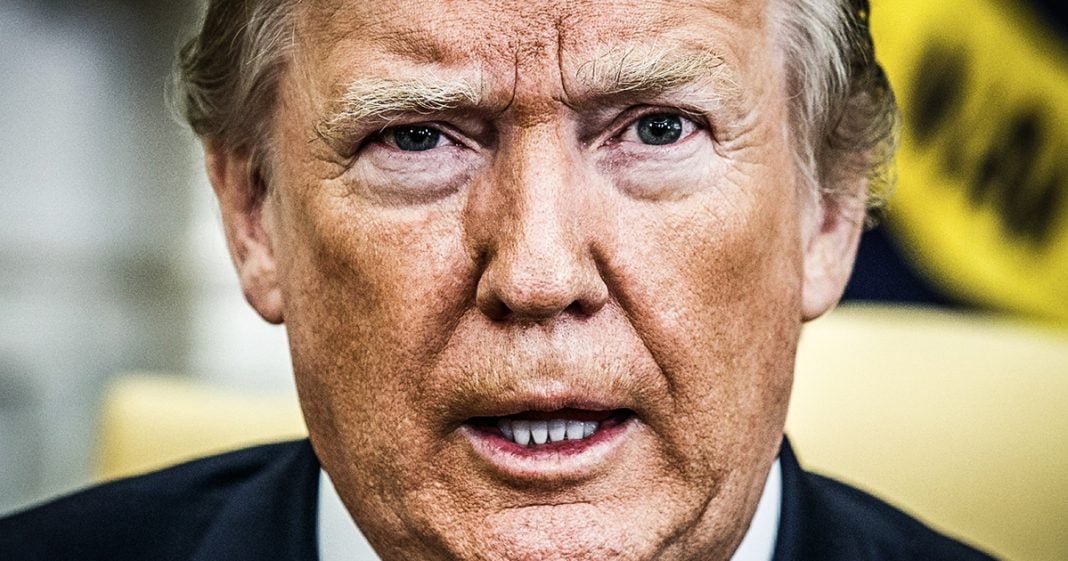 We keep hearing all this great news about job creation and see those monthly reports of a few hundred thousand jobs being created, but what we don’t hear about is the other side of that coin – Layoffs in this country have hit a ten-year high, meaning more people are losing their jobs today than at the height of the recession. Ring of Fire’s Farron Cousins explains what’s happening and why the administration keeps trying to paint a picture that isn’t based in reality.

Well today started out with some pretty good news, right? They announced the job numbers from March and we gained 196,000 new jobs here in the United States. Continuing a trend that’s been going on for many years, mostly through the Obama administration, but it has carried over of couple hundred thousand jobs each month being created here in the United States. And that’s a really good thing if you’re the kind of person that only looks at half the statistics because the bureau of Labor statistics isn’t out there telling us that, yeah, we created a lot of jobs, but we lost so many. It’s crazy. But they shouldn’t be telling us that because that is also what is happening. In fact, in the first quarter of 2019 we actually lost more jobs than we have in the past decade. In fact, the last time we lost as many jobs in a single quarter as we did, the first quarter of 2019 happened to be a quarter in the year 2009 when the United States was still in a recession.

So for the first three months of 2019 we have lost close to 200,000 jobs. Almost 200,000 people have been laid off. That is a more than 35% increase. Then the same period last year. So layoffs have increased in the last 12 months by 35% but where are the big reports on those numbers? Right? All we’re seeing every single month is how many jobs we created, but we’re not paying attention to the other half of the number. And that’s what bugs me. And to be honest, this is not just a Trump administration thing. This is what all administrations do. Because typically jobs get created in a month, may not always be as high as you want, but sure, that’s always something positive you can throw out there and say we created 20,000 new jobs or 50 or a hundred or 300,000 new jobs. And as long as you leave it at that and you’re going to seem like you’re doing great on the economy, but you’re really not, and let’s make no mistake, this is Trump’s economy.

Now he is the president. He is overseeing policy that does directly affect the U.S. economy and job creation. And in fact, many economists say that it is his policies that are driving this massive drop in jobs in the United States. Yes, the unemployment rate remains unchanged, but good, decent jobs, those aren’t being created. Those are being lost here in the U.S. I spent quite a bit of time yesterday going over the last few months of labor stats from the Bureau of Labor Statistics. Uh, if you ever have, the chance is one of the most boring things you could ever do. But I do think people need to go through and see where these jobs are being created. Because I answers, you know, when we see these big grand numbers, 200,000 jobs almost in March. Yeah. But where, because that matters. And that’s not typically what we’re told. So when you look at it and to see that, oh, 12,000 of those jobs, you know, more than 10% on any given month, those are retail jobs.

Those are jobs that don’t pay a living wage. You’ve got healthcare jobs, which is great, but you’re talking about people typically on the lower end of the pay spectrum. People who still struggle to get by, even though they’re out there helping to save lives every single day. You know, nurses, practitioners, people like that, they’re not pulling in the big bucks that a cardiologist is pulling in and we’re not making 10,000 new cardiology jobs each month. You have to look at the numbers you have to dive in. And again, I know it’s boring, but if you want an accurate picture of what this economy looks like, stop looking at the headlines and start reading into the statistics because they will shock you. And that is why we continue to see even in this story here about these massive layoffs that yes, we are headed for a big downturn and people question and I say, how can we be headed for a downturn where we just created 200,000 new jobs because we’re not creating good jobs.

We’re not talking about all the jobs that were lost that kind of erase a lot of those gains. All we’re doing is telling you the good part and leaving out all the bad. And when I mentioned earlier that economists have linked a lot of these job losses directly to Trump’s policies, it’s because of his trade wars that’s killing jobs here in the United States. Those were fairly decent jobs. It’s killing manufacturing his threat to close down the southern border, even though he’s slightly backed off it for now, said maybe he’ll wait a year, but maybe he won’t. As he told us, that’s actually causing businesses right now to come up with a plan. And part of that plan is accepting that your business is going to suffer and they are starting to lay people off in anticipation of Trump doing something stupid. So that’s the point. He doesn’t even have to do the stupid thing for companies to immediately react because they don’t want to find themselves in the situation where they suddenly have too many workers and not enough income. So they start shedding workers. Now Trump is directly responsible for a lot of this, not 100% but for a lot of it. And unfortunately this administration, much like most administrations before them, they’re not going to tell you all the bad and horrible things they’ve done to the economy, but those are the numbers that we really need to be paying attention to.