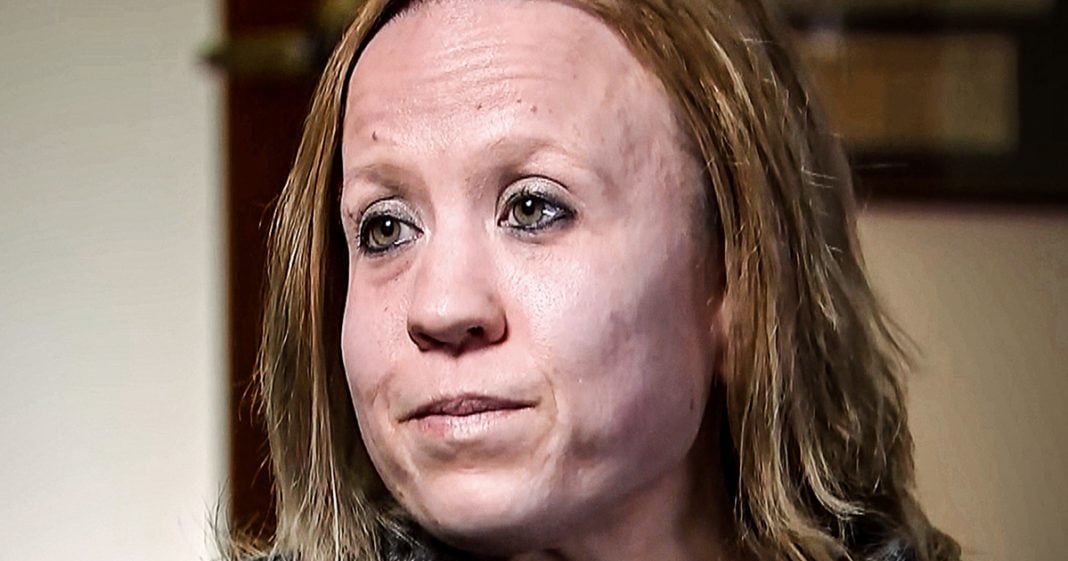 After their conversations with White House whistleblower Tricia Newbold who helped expose the security clearance scandal at the White House, Democrats in the House said that they have plenty of other whistleblowers who have been working with them to expose other activities of this administration. Unfortunately, they won’t tell us what these whistleblowers are talking about, but they do say that they are “eager” to speak about what they’ve seen. Ring of Fire’s Farron Cousins discusses this.

In the last two weeks we learned the name Tricia Newbold. Now Tricia, new bold is the whistleblower who was working with the group that was in charge of determining whether or not someone in the White House could get a top secret security clearance. She went and spoke to Congress last week and told them, hey, we said no on about 25 of these security clearances. Then they came back in and said, Oh hell yeah. They’re getting their security clearances even though there are a threat to national security. Tricia Newbold was a whistleblower from basically within the White House itself who decided to speak to Congress and as that issue is unfortunately already dying down, even though it hasn’t even been resolved, Democrats want us to know that they have quote dozens more whistleblowers that they are actively working with from the Trump administration who are talking about all sorts of malfeasance that has taken place inside of the Trump White House.

Now here’s the thing. It is not unusual for whistleblowers from the federal government to start talking to members of Congress, that that happens constantly, but the rate at which whistleblowers are coming forward, wanting to speak to to Congress is unprecedented at this point. They had said that prior to the 2018 election, they would have maybe three to five people per week coming up to them saying, hey, I was in the administration. I am in the administration. I have some things I would like to tell you about because I, I believe that bad things are happening. So three to five prior to the 2018 election, once Democrats took back to the house, that number has actually jumped up to in some weeks, 15 whistle blowers coming forward in a single week to say, hey, there’s some crap happening over here that you guys need to know about and you guys need to investigate.

That’s how bad things are. And the Trump White House. Now unfortunately we do not yet know what any of these other whistleblowers are talking about. These could be other whistleblowers who do not know that the previous whistleblower had come forward talking about security clearances and half of them could be wanting to talk about that because they also witnessed it. Fair enough. Some of these people could easily be disgruntled employees, former employees who are mad. They actually see that a lot in Congress, regardless of which party is in power. Even Republicans admitted a lot of the whistle blowers that come through their, their, their stories, their complaints lead nowhere because it was just a disgruntled employee who wanted to get back at, you know, the people in the White House who fired him. Fair enough on that. But there are still plenty of these people that the Democrats are saying, they’ve given us good things, they’ve given us good leads and we’re now going to follow these.

So that’s refreshing because here’s the thing, Congress does have a job and whether it’s Republicans Control or Democrats in control, they have a job to do. And part of that job does involve providing oversight for what’s happening in the executive branch of government. In fact, that’s actually why we have the separate branches of government to provide a system of checks and balances upon one another. And that is exactly what congress is doing right now. Trump was able to get through his first two years in office without any oversight from Congress. They laid down on the job, they ignored what was happening in the White House, but those days are over and that’s why the number of whistleblowers is increasing because they knew it, they saw it that Republicans weren’t going to do anything about it, but they know Democrats who dislike Donald Trump with a very intense passion. And to be honest, it’s hard to blame them for that and they want to take him down.

They want to take him out. But unfortunately that zeal to take him out could lead in bad directions. It could have you chasing a lead. It turns out to be false just because you were so anxious to take him down. So I do hope Democrats are listening to everybody who comes forward, but I also hope that they’ve got their bullshit detectors on full blast so that they don’t end up doing something to make themselves look stupid in desperate in their attempts to take down the Trump administration. You have to play it smart, but if there is any suspected illegal activity taking place in that, why White House it 100% has to be investigated and more importantly should probably be revealed to the American public as well.