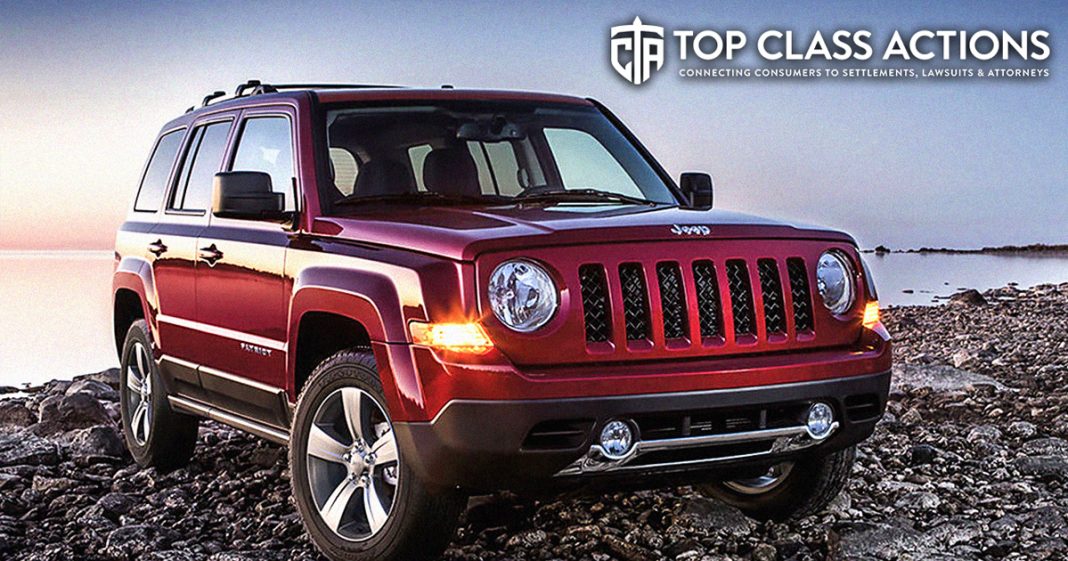 Fiat Chrysler is facing a class action lawsuit after the recent recall of more than 800,000 vehicles that fail emissions standards. The plaintiff claims that he and other consumers were “outraged” on March 13, 2019 when Fiat Chrysler announced that it would be recalling 862,520 cars and hatchbacks due to failed emissions tests. The Fiat Chrysler recall class action lawsuit states that Maccariella would not have purchased his vehicles if he knew that they were not compliant with emissions standards and would be involved in a massive, inconvenient recall. Ring of Fire’s Farron Cousins discusses this with Scott Hardy from Top Class Actions.

Farron Cousins:                  Recently, Fiat Chrysler announced the recall of more than 800,000 vehicles on the roads here in the United States. Now a class action lawsuit has come about as a result of this recall, but not necessarily just because the vehicles were faulty. There’s 800,000 plus people in this country right now who’s vehicles they can’t actually drive until Fiat Chrysler gets around to fixing them, sparking huge inconveniences and people who’ve spent tens of thousands of dollars on a vehicle who aren’t even allowed to drive it.

Joining me now to talk about this is Scott Hardy with Top Class Actions. Scott, this is a unique one. Usually when we see lawsuits involving automobiles, it’s because of the defect. This one goes a little bit further than that. It’s like, yes, you had a defect, but now you’ve made it to where I’m not even allowed under law to use my car until you get around to fixing it. Tell us this story. This is crazy,

Scott Hardy:                          Right, I mean, this one is really nuts and how many cars it impacts. I mean we’re looking at 862,520 cars and hatchbacks that could fail emissions and that are, are, are recalled because of this. And as you said, this is vast. And now Fiat Chrysler, you know, they’re like, hey, we’re sorry we’re going to get this fixed. But unfortunately you’ve got people, if they failed their emissions, their car just sits in their driveway and they’ve got to get other transportation until they can get their car worked on.

And of course, because the parts are in short supply, they’re actually rolling out these repairs through out 2019. So you know, you might not be able to get your car fixed first quarter, second quarter, third quarter, even fourth quarter. You might have to wait months and months to get this thing done. And this class action is saying, come on guys, you know, thanks for fixing the problem, but somebody has got to go ahead and cover, you know, maybe possible loss valuation of the car. Cause who’s gonna want to buy a car that you can’t drive due to failed emissions.

Someone’s going to have to be able to cover the cost of, you know, if I got to rent a car in the meantime or buy a replacement car. That’s really what this class actions going after to make sure that, that these car owners have some, some way to, to get some of that cash and loss of value back in their pocket.

Farron Cousins:                  Right, because a lot of these people, not only are you obviously still having to make the car payment, but now you’ve got to deal with the added cost of possibly, you know, getting a friend to pick you up, paying extra gas money for them. You know, calling an Uber every single day just to get to and from work, getting a cab, whatever it is. This is a pretty big expense that some of these people are having to incur after already having paid a ton of money for these vehicles that Fiat Chrysler later found out, oh, they don’t even pass the emissions test.

Now there are some states in this country, Florida is a good example. We don’t have emissions tests. So for people of Florida, this story might be a little bit confusing. You know, why is it that just cause they fail an emissions test can you not drive it? Well, the answer is there are plenty of states in this country where your vehicle has to go, undergo every so often an emissions test. If your vehicle’s emitting too much, you do not basically get your registration renewed.

And so that vehicle is no longer street legal, meaning you cannot drive it. And that’s what’s happening with these right here. So I, I’m a little bit annoyed because you look at these cars and you look at the car companies and we just came off the big massive Volkswagen emission scandal. And I find it kind of hard to believe that when you’re talking about nearly a million cars, a million that Fiat Chrysler didn’t know this was going to happen. You know, this isn’t 5,000 cars.

This is again, upwards of a million that we know about right now. And it’s, you know, it’s, this stretches, different brands, different models, different makes all kinds of vehicles. So again, I don’t know that I believe that Fiat Chrysler didn’t know this was going to happen. And I feel like with the Volkswagen thing, this should be similar and that it might end up going beyond just a lawsuit against them for the lost, loss of convenience, I guess. This one might need to go to, you know, prosecutors at this point.

Scott Hardy:                          Right, I mean, cause you’re looking at Dodge Journey’s, Chrysler 200’s, Dodge Avenger’s, Dodge Caliber’s, Jeep Compass, Jeep Patriot. These are all vehicles that are included in this recall and that they have to go back and they have to get their catalytic converters replaced along with getting some of their computers reprogramed in their cars. So these are pretty major parts they have to get replaced. And you know, when you’ve got people, cause out here in Arizona, we do have an emissions policy.

You’ve got to go ahead and get your car every one to two years emissions checked and pay the state. And if you don’t, then you’ll get cited and you could get very well pulled over if your car registration is not up to date. And you don’t have that little license tag on your license plate because you failed the emissions. And so that brings a whole other plethora of problems. God forbid that you have a 2011 Dodge Journey and you forgot to pay your parking tickets.

You get pulled over due to failed emissions on your car because you couldn’t register your car and now you’re going to get taken to jail. I mean, there are a lot of things that can go down that little pathway to see, follow the breadcrumbs to see what could happen here. But this is a major problem for the owners of these vehicles. Especially if you have, if you’re saying I want to buy a new car, I’m trying to sell it and you can’t sell it because you can’t get it registered do to failed emissions.

Farron Cousins:                  Absolutely, and as you just pointed out, you know, we’re talking catalytic converters. We are talking about mechanics having to go into the engine, take things apart, replace things. These are not necessarily common parts that they keep stocked on the shelves. That’s why we have this show, the shortage and I guess the rollout with the a replacements here. But, the vehicle I used to own was actually part of the ignition switch recall.

It took me awhile to be able to get in to get it done. But once they did it, it was about a 30 minute fix. These fixes that they have to make on these 800,000 plus vehicles, these are not 30 minute fixes and that is what’s going to take so long. That’s why some people are going to have to wait. So the best advice that we can offer right now as anyone, if you have one of these vehicles, contact the manufacturer immediately and try to get on that list.

Try to get this taken care of, try to get, you know, as close to the top as you can because this is probably going to get bigger. There’s probably going to be more vehicles because they’re typically are with these kinds of recalls. So again, do what you have to do and get on that list as soon as possible. And for a full list of the vehicles here as well as other information vital to this case.

Go follow the link in the description of this video. Head over to topclassactions.com has all the information you need for this story and countless others. And while you’re there, sign up for their newsletter. That way you can keep up to date with all of the issues important to consumers delivered right to your inbox every week. Scott Hardy, Top Class Actions. Thank you very much for talking with us.