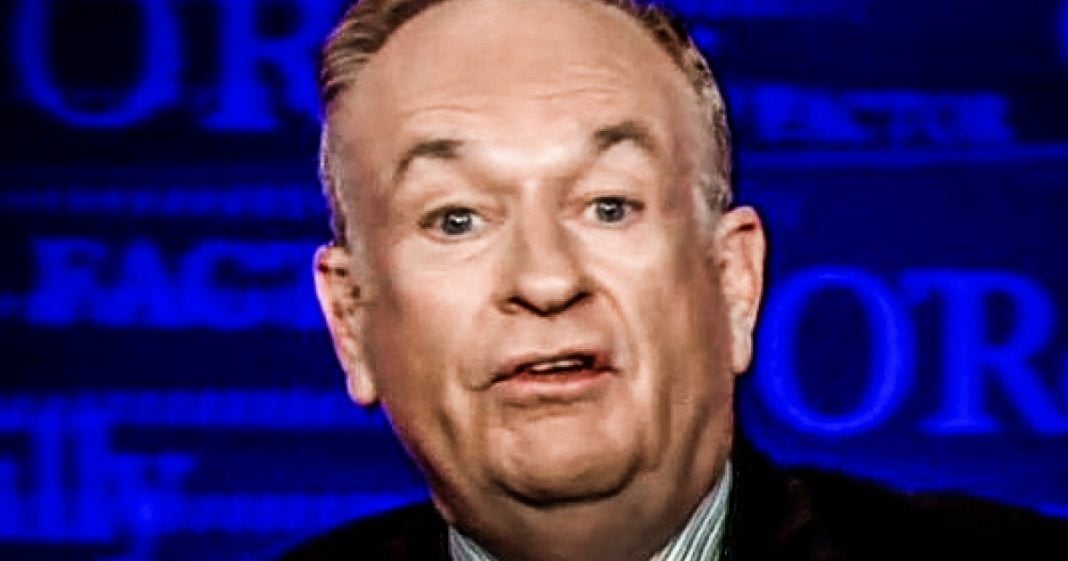 Nobody should ever want Bill O’Reilly on their side, but that’s the unfortunate situation that Joe Biden has found himself in today. As more women continue to come forward and say that Biden made them feel uncomfortable with his behavior, Bill O’Reilly decided to step in and defend Joe because he feels like Biden is being attacked just because he’s “white and capitalist.” Ring of Fire’s Farron Cousins explains what’s happening.

Several other women have now come forward this week in addition to Lucy Flores to say that Joe Biden had a, touched them inappropriately, that he invaded their personal space in a way that made them feel very uncomfortable. His behavior was creepy. Uh, let’s be perfectly clear though, none of these women have accused Joe Biden of any form of sexual misconduct or harassment or assault or anything like that. It’s a boundary issue that made these women feel uncomfortable nonetheless. Joe Biden is getting some very interesting defenders. One of those people happens to be former Fox news host who was forced out of the network after it was revealed publicly, how much money the network had spent on settling sexual harassment claims against him. Bill O’Reilly, Bill O’Reilly came out this week and defended Joe Biden’s behavior. Now, I don’t know about you, but if I’m ever trying to argue a thing, and then Bill O’Reilly comes up next to me and says, yes, he is right.

I suddenly have to rethink what it is I’m saying because I don’t ever want to be on the same side of Bill O’Reilly and when it comes to inappropriate conduct with women, I sure as hell don’t want to find myself on the same side as Bill O’Reilly the guy made this has brand for is an entire tenure at Fox News, but nonetheless, here is what Bill O’Reilly had to say. He’s got some interesting thoughts on why Joe Biden is being targeted. The Progressive Wing, the far left wing of the Democratic Party doesn’t want any part of Joe Biden for a number of reasons. Number one, he’s white. They don’t want a white candidate if they can get a person of color. Number two, he’s a capitalist. Whoa. They don’t want that. This is the far left progressive wing of the Democratic Party. Number three, he’s not politically correct. He says stuff like, oh, vice president pence is a good guy, and they went wild because pence is a very religious man who doesn’t believe in gay marriage.

Okay. First of all, that’s not what politically correct even means you more on. If I say Mike Pence is a good guy, that’s not me being politically incorrect. That’s one me being politically wrong because pence is not a good guy in any way, shape or form. But I think you need to look up what politically correct means. Um, second of all, he’s white. He’s white. Bill O’Reilly’s not going to let a fellow white guy go down just because of some inappropriate conduct with some women, us, whites, guts to stick together. Thanks Bill O’Reilly. Oh, he’s a capitalist. Oh, we hate capitalists, right? No, we don’t want hate lists. We hate what capitalism has done to this country. What unfettered, unrestricted, unregulated capitalism has done to this country. You can’t deny that things aren’t all that great. Especially when you look at like healthcare pharmaceuticals, the fossil fuel industry.

Yeah, capitalism gotta be reigned in a little bit, but that doesn’t mean that we hate anyone who describes themselves as a capitalist. What we hate our people who don’t understand boundaries. And sure. I see a lot of people arguing that Joe Biden’s from a different time, it was acceptable back then was different. Great. It was different back then. Fantastic. That’s like finding out somebody owned slave and say, well you know he’s from an older time where they, I was okay. Yeah, but it’s not okay though. You can’t use that argument because it’s dumb as hell. And here’s the bottom line that all of the Biden defenders out there need to understand. First and foremost, Republican voters do care about this and trying to counter with, but Trump’s been charged by 20 women of of worst behavior. They know it. They don’t care. No matter how many times you say that to them, they won’t care.

But if they think for one second that Joe Biden Sniff somebodies hair, that’s going to be their number one issue that they’re going to run on and unfortunately it’s going to work for the Republicans. That’s how they operate. They don’t care anything what their side does at all. But if a Democrat does something that’s slightly similar though, not even near as bad. Yeah. They’re going to harp on that till the cows come home. And secondly to the Biden defenders. You’re now on the same side as a guy who was forced out of a network over all of the sexual harassment he was doing. Is that really the sides you want to be on here? You need you to ask yourself that question.