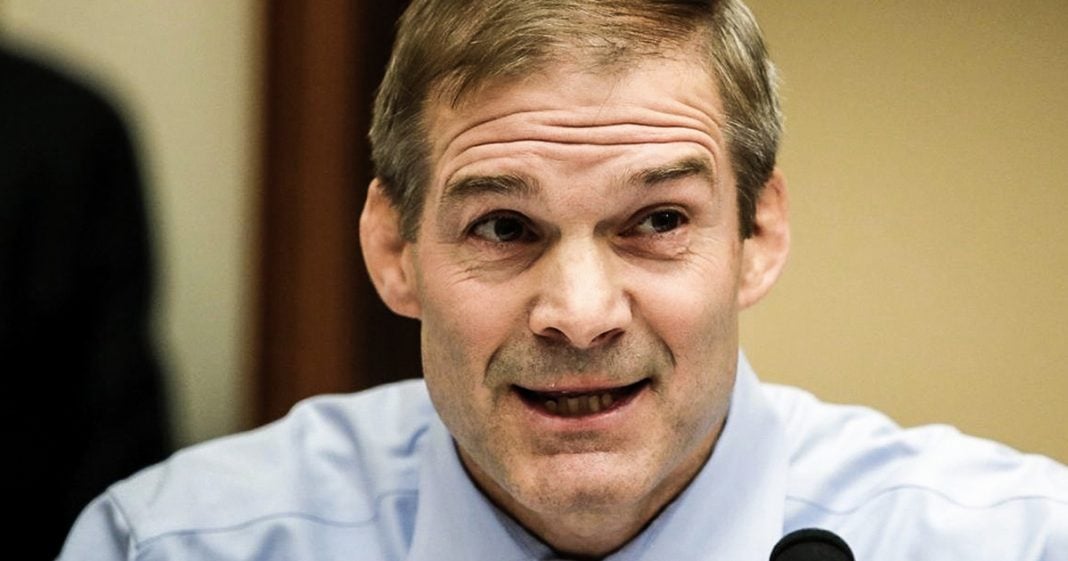 Democrats in the House voted to subpoena the full report from special prosecutor Robert Mueller, if necessary, but Republicans did everything they could to stop this from happening. Republicans are still trying to keep the full report hidden from the public and there has to be a reason for that. As recent reports have shown, Attorney General William Barr was likely not completely honest in his “summary” of the report, and Ring of Fire’s Farron Cousins explains why the full report is needed NOW.

Yesterday, the House Judiciary Committee voted along party lines to subpoena the full Robert Mueller special prosecutor final report if necessary. Now I say if necessary, because that’s how the Democrats on the House Judiciary Committee described it. They now have voted that yes, we will 100% use subpoena. We have the subpoena power. We’re able to now go forward with that, but we’re not unless it becomes completely necessary. And to that, I say this was necessary last Monday, the day after William Barr put out his little phony summary yeah, it’s necessary. I don’t understand why the Democrats are saying if necessary, it’s already been necessary. Issue the damn subpoenas. Get the thing, go through it and then let the public have a look at it. But here’s the bigger part of the story. Other than than Democrats not just jumping forward with something a majority of the public wants them to do. It’s the fact that every single republican, all 17 on the judiciary committee voted against the subpoena.

All 17 of them were like, nope, we don’t want to see it. Nope, no, no, no. Public doesn’t need to see it. We don’t need to see it. Nobody needs to see it. Just put the thing away. It’s over with. The Trump has exonerated. We’re done. We’re gone outta here. Hey, this actually what Jim Jordan said, he said, you know, we don’t need to see this. Trump was exonerated. No, he wasn’t. In fact, even in summary, that’s now being called into question by members of Mueller’s team, even the summary. So this does not exonerate Donald Trump, and yet you got any, it’s like Jim Jordan, who I’m assuming doesn’t even own a sports coat. Okay. Saying it exonerates him.

And I think what’s being hidden is not stuff that’s just going to make President Donald Trump look bad. But stuff that’s gonna make the Republican Party look really, really bad because let’s not forget wiki leaks also had the RNC emails. They just chose to not release those. And I find it funny, all the Wikileaks defenders out there that seem to forget that fact, wiki leaks is not some altruistic organization. No. They have now become a political group with a political agenda with enemies that they want to target and embarrass their stop. Just stop. Okay. So the point is this, Republicans just the couple of weeks ago were telling us, we want to get the report we want, we want it released when it’s done. We want everybody to see it. And now suddenly, even though they claim it exonerates Trump, they’re like, no, nobody needs to see it. We’re done. Move on.

Get outta here. Go. Something’s not right. And what’s great about this is I’m not the only one who thinks this. The majority of people in the country are starting to wake up to this leg hold up. If this was as good as you say it is, everybody in this country would already have a mandatory copy of it. It would be mandatory reading in every high school if it truly did exonerate the president and the Republican Party, but we can pretty much guarantee at this point that it doesn’t, especially because Mueller zone investigators have now come out and said, hey, um, bars summary really is a questionable because the report makes the president look a lot worse than what bar made it sound like they are 100% telling us they had the evidence of obstruction of justice. They literally said that and the bar came out and said, I’m not going to pursue obstruction of justice, but if these investigators and prosecutors are saying they had the evidence, then that means they must have found intent because you can’t have obstruction without intent and that’s why the public needs to see this.

We need the full Mueller report. Now even Jerry Nadler, the ranking Democrat on the House Judiciary Committee has said that, listen, we want to get the report for us and we’re going to go through it. If there is sensitive information, anything that is technically classified that we cannot release to the public, we will take that out. Which was what the Republicans were worried about because they kept saying, no, no, no, no. There’s confidential stuff. We even the Democrats are saying, we’re going to take out the con, uh, controversial stuff, the classified stuff. But if it’s not classified, the public’s going to see it. And that seems to be the big difference between the two parties right now, a majority of people left, right and center in this country want to see that report. And it may take a little bit of time, but eventually they’re all going to see it in, everybody’s going to know the truth, and there is nothing in there that is going to make the Republican Party look good.