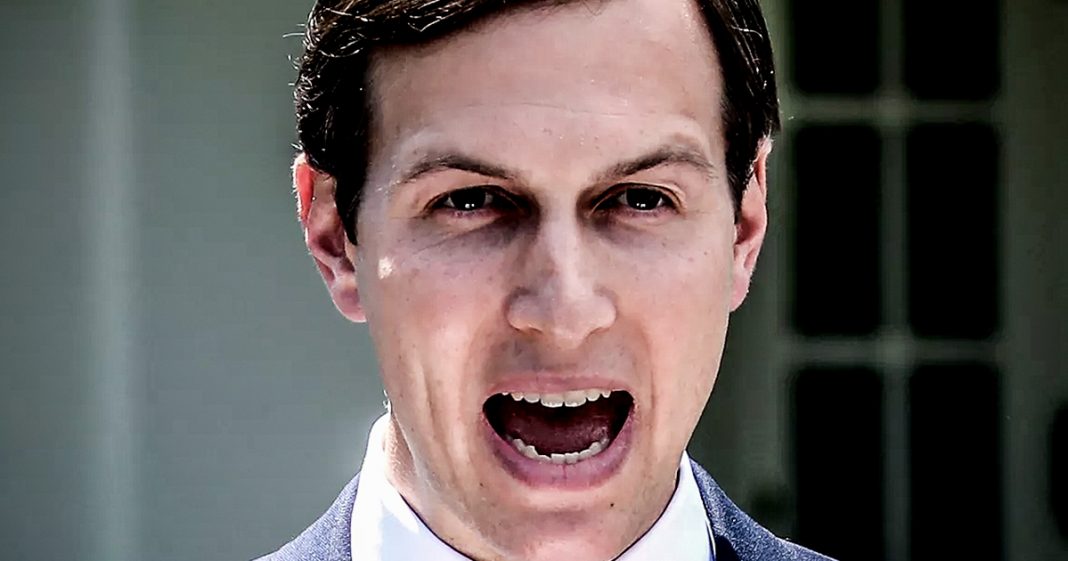 Jared Kushner has been confirmed as one of the individuals who was denied a security clearance only to have the White House intervene and force the intelligence community to give him one. Those in charge of the review process believed that Jared was a threat to national security who could easily be compromised by foreign countries because of his business dealings, and they are 100% correct. Ring of Fire’s Farron Cousins discusses this.

But it’s not just that Jared Kushner had to get, you know, daddy and laws, little buddy to come and get him the security clearance. It’s why it was denied in the first place and it was denied because Jared Kushner is a threat to national security. Now that’s not my assessment. That’s actually the assessment of the people who were in charge of assessing whether or not a human being is a threat to national security. They believed rightfully so, that Jared Kushner was the kind of guy who could easily be manipulated, bribed, taken advantage of by foreign officials. In fact, intelligence officials have actually said just last year that foreign officials had been talking, they had evidence of this, that foreign officials from the United Arab, Emirates, China, Israel, and Mexico, that they had been talking about ways to take advantage of Jared Kushner. They said that, uh, leveraging his business dealings and his lack of foreign policy experience could give them the upper hand in any kind of negotiation or you know, trade secret thing that they needed with Jared Kushner because he’s so damn stupid and inexperienced and greedy. Donald Trump’s the same way. Don’t get me wrong, every world leader knows how to get on his good side and how to get anything they want out of him. You tell him once you leave office, why don’t you come to my country, build a tower, put your name on it.

Literally all you have to do that is literally all you have to do. And I guarantee you there was a little bit of discussion about a Trump tower in North Korea between Donald Trump and Kim Jong on. After all, why would Trump leave their meetings? Talking about how great all the real estate is there, the waterfront park property, the beautiful scenery, you know, we’re going to make it very valuable over there. He’s got great investment opportunities. The world knows how to manipulate these idiots. Okay?

Help average people like myself know how to manipulate these idiots. The only difference is I don’t have money or anything to offer, but if I did, I guarantee you I could probably get a few classified secrets out of Jared Kushner because he’s that damn stupid. The problem is very real. You know, the situation may seem humorous. It’s fun to mock Jared Kushner, but at the end of the day, we have to realize that this is a man who has access to America’s deepest, darkest secrets. And unfortunately, everyone on this planet knows how to crack that combination lock to get Jared Kushner to spill everything. And that is why the intelligence community strictly said, we can’t give him a security clearance. But this administration came along and said, we don’t care about national security, give Jared access to everything, and that’s not going to end well for anyone.