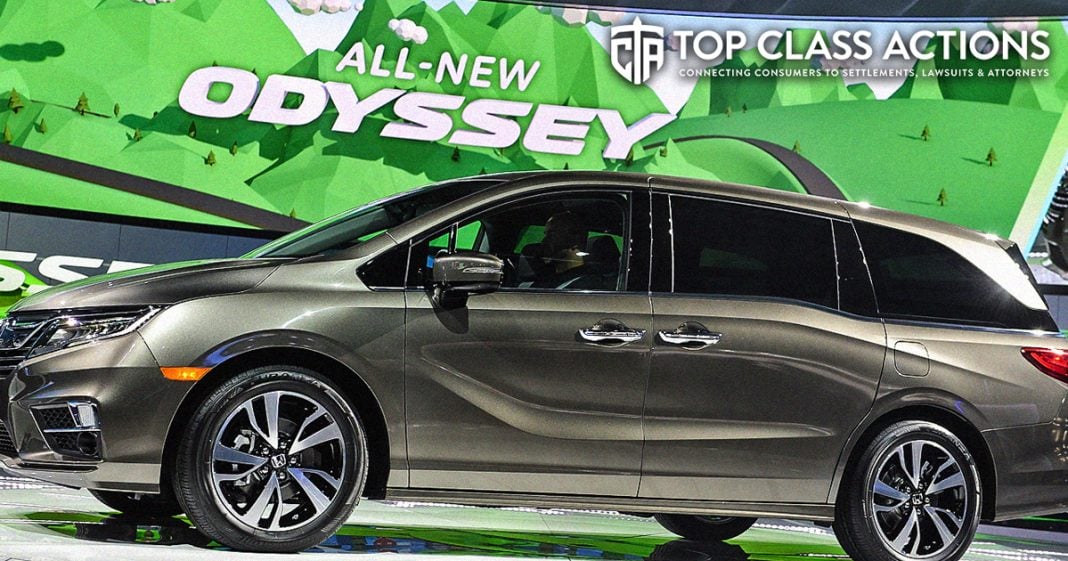 Honda Odyssey and Honda Pilot owners allege that the “infotainment” systems in their vehicles malfunction posing a safety risk to drivers who divert their attention to the blank or blue screen. Lead plaintiffs claim that the 2018-2019 Honda Odyssey and 2019 Honda Pilot are afflicted with a defective in-vehicle communication, navigation, and entertainment system – the infotainment system. The infotainment system controls many of the vehicles’ safety features, including the back-up camera, cabin watch, and navigation, alleges the Honda Odyssey class action lawsuit. Ring of Fire’s Farron Cousins discusses this with Scott Hardy from Top Class Actions.

Farron Cousins:                  Over the last 10 or 15 years, vehicles have become more and more complex by adding more and more computer components. Now we have backup cameras, we have navigation systems, we have entertainment systems built into the headrest. But anytime you add new technology that increases the likelihood that you might get some kind of computer glitch, an electrical problem that could cause serious issues for your vehicle. And that is exactly what we’re seeing right now in certain Honda vehicles. Joining me now to talk about this is Scott Hardy from Top Class Actions. Scott, I appreciate you being here with us today.

Farron Cousins:                  So we’ve got an issue with these, I think it’s Honda Odysseys and Honda Pilots. They’re a, what they call the infotainment system, which is what controls both the entertainment and the information systems, like the backup camera, navigation, all sorts of things people rely on these days. They’re glitching out and freezing up just as a normal computer would do. So, so tell us what’s happening with this.

Scott Hardy:                          Exactly. So, as you know with these newer cars, you know, instead of really having just the old style radio and headset, headset, you know, with the buttons. Now you just got a big screen that controls everything from climate control to GPS to your satellite radio and your mp3s. And of course as you mentioned, your backup camera. And so what this class actions is alleging is that there is a defect within this infotainment system where you can be driving along in your Honda Pilot, you’re, you’re brand new Honda Pilot, you’re brand new Honda Odyssey and all of a sudden that thing just blanks out.

So if you’re using the GPS to go somewhere, navigate somewhere, or if you’re just driving and all of a sudden that blanks out, that’s obviously a big distraction to the driver and a safety concern. And so this class action is alleging that Honda knows about it, hasn’t fixed it yet, and is trying to make Honda take action and fix this for these car owners.

But yes, computers do crash each and every one of them eventually will. And so as we add these new computer components to vehicles, these, these big screens that now control everything other than in some cases, you know, the ignition or the gear shifting, we’re putting more reliance in the car on this computer system. And unfortunately we haven’t made computer systems to where they are full proof at this point. And so Honda I guess kind of really skimped a little bit.

It seems like it seems like with this particular model in these vehicles and their system is prone to crashing and if you’re driving along, if you’re dependent upon your navigation system or whatever it is, or even if it’s just there suddenly flashing a blue screen, flashing a black screen, that is immediately going to divert the driver’s attention down here instead of up here where it needs to be to make sure you’re not, you know, about to hit someone. I mean, that’s a very serious distraction there.

Scott Hardy:                          Right, right, exactly. And that’s the thing is, we don’t know how significant the defect is. As you and I have talked about a number of times on this show where, you know, automakers have scrimped over a 10 cent part, which has caused thousands of dollars in damage. And so now this might just be a little connecting cable to the infotainment system that gets loose. And if you hit a bump bump bump, then that cable kind of jitters causes the system to go off.

We don’t know that yet. I’m sure that will come out as this class action continues. But it’s important to note that this class action right now only affects the residents of Ohio. But the attorneys in this case, are big time, big name attorneys. We’ve got Steve, Steve Berman from Hagens Berman. And of course we’ve got Jeff Goldenberg and Todd Naylor of Goldenberg Schneider and I, I know those guys. And, and you know, so even though right now this says this, just Ohio, just wait.

I think we’ll likely see this one certified and this expand to a nationwide class, so have no fear residents outside of Ohio. The lawyers behind this have your backs too and you want to make sure to sign up so you’re kept in the loop.

Farron Cousins:                  And this is going to be an interesting one to kind of keep an eye on because depending on where that glitch is, maybe it is something with the actual processor inside of that screen or if it’s something a little further down the line in a wiring harness or with some fuses or switches somewhere else. This could be linked to a bigger problem depending on where the glitch happens to be.

So anybody driving one of these vehicles needs to make sure that they get educated about this issue and follow the steps necessary to try and get it corrected. Because again, we’re not exactly sure what’s happening with this right now and it’s always best, especially when we’re talking about vehicles to err on the side of caution.

So for more information about this particular issue, I encourage everyone, follow the link in the description of this video. Head over to topclassactions.com. Check out this story, get all of the relevant details and make sure that you protect yourself, your family, and everyone else on the road, if you own one of these Honda Odyssey or Honda Pilot vehicles. Scott Hardy, topclassactions.com. Thank you very much for telling us this story.