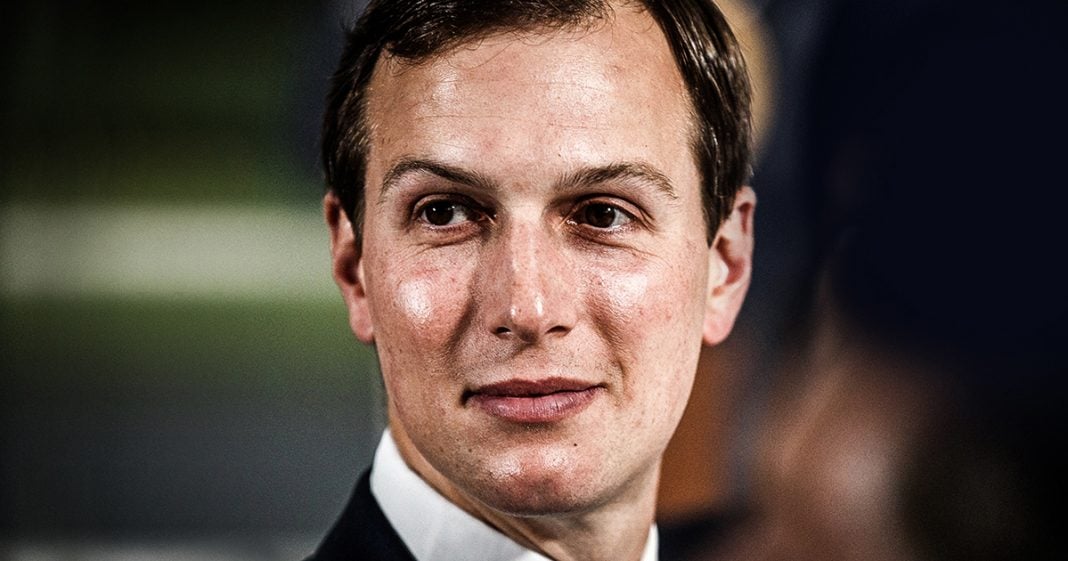 According to a whistleblower from the White House, the Trump administration has ordered the reversal of at least 25 security clearance rejections, including the clearance of Jared Kushner. Republicans are scrambling as they try to clean up the mess that this president has created, but they aren’t off to a good start, as Ring of Fire’s Farron Cousins explains.

According to White House whistleblower Trisha Newbold, who recently testified before Congress about the White House security clearance process, at least 25 members of the Trump administration have received security clearances even after being rejected through the security clearance process, the Trump administration forced people like ms Newbold who went through and said yes or no after determining whether or not this person was a risk, the White House overturned 25 of those rejections because apparently they just don’t care about national security whatsoever. Now, right now, after this story broke, and this is a big massive story, after this story broke, Republicans started freaking out because they realized, Oh crap, this is now a thing we have to deal with and we don’t know what to do because you know, Trump’s kind of doing his own thing in the White House. So they immediately put out a memo trying to put out this big fire, and it said that, okay, she’s testified that 25 people got security clearances even after being rejected, but really only four or five of them had very serious security concerns.

Only four or five. We were like totally 100% sure they were going to like leak our national secrets, but only four or five. The rest of the 20, you know, they, they were probably pretty okay. So only folks, only a handful of people have security clearances right now that, that would potentially sell these secrets to another country. So what’s the big nail the Republican party is telling us right now? Um, the big deal is that if anyone in any democratic administration ever had done this, you wouldn’t have impeached them. You probably would have crucified them on Capitol Hill, like out there in the public, put them in stocks. If you had to brought out the guillotines, you would have considered them the biggest traders to ever live since benedict Arnold. And yet here, your guy representing your party is actually telling his staff, I don’t give a damn.

If they’ve been rejected for a security clearance, I’m overriding it and you’re going to give it to them. And of course, the most notable that we know of out of this list is Jared Kushner, Donald Trump’s son in law. Now Kushner was rejected, not just because he kept lying lies of omission on his application form, but because they were very concerned about his foreign contacts. They believe that he was a guy who could be easily manipulated and blackmailed into selling us secrets. So they said, yeah, it would be really stupid to give them a security clearance. And Donald Trump said, that’s just the kind of thing I like to do. And he made them give Jared Kushner a security clearance. Here are some of the issues that were raised among all 25 people who were rejected, not just the Republicans, they’re five. Here’s what they had to say. Uh, there were ties to foreign influence, massive conflicts of interest, questionable or criminal conduct, financial problems, and drug abuse.

Who are these people like? How does anybody with any one of these things on their record even come to work in the White House, let alone now have access to every secret that United States has ever had. Jared Kushner and the rest of the 24 people who got these security clearances are a threat to us. National security, if any one of them sells a secret, tells a secret, accidentally let something slip. That is by definition, treason. And I hope everyone is paying attention to that. This isn’t like, oh, Donald Trump’s a traitor. No, no, no, no. We’re talking real, actual treason. If these people are selling us secrets, you know, people had been busted for this before. You know, people working in the CIA, the FBI selling secrets to other countries. It makes for great action movies, but it makes for a really unstable democracy in practice. Yet that is exactly what Donald Trump has installed in the White House.