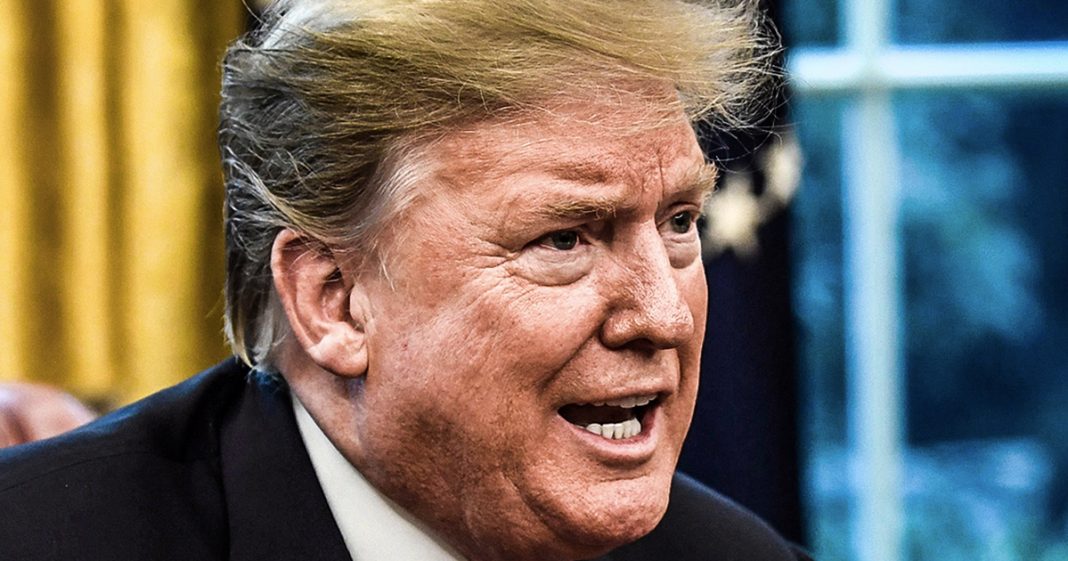 It was easy to think that Trump’s approval ratings would see at least a slight bump after Mueller’s investigation concluded and his own Attorney General seemed to clear him of wrongdoing. But luckily the public wasn’t fooled. Collusion may not have happened, but there is obviously something hiding in that report that the American public wants to see, and they don’t believe Trump’s claims of exoneration for one second. Ring of Fire’s Farron Cousins discusses this.

So a very interesting thing has happened over the last week and a half in that interesting thing is that nothing happened, at least in terms of Donald Trump’s approval rating. You see, after the Mauler report concluded, and even though we haven’t seen it, William Barr attorney general came out with his stupid memo that he is now since had to correct saying, no, no evidence of Trump actively colluding with anybody in the Russian government. So you would think that that statement though, that, that the media jumped on, that the right wing jumped on that some, uh, liberals jumped on. You would think that that would be enough to maybe send Donald Trump’s approval rating up. Just a couple of ticks. I, we all had actually expected that to happen. We said it was going to happen. And here’s the remarkable thing. We were wrong and I am so glad that we were wrong because Donald Trump’s approval rating has not gone up since Muller’s investigation concluded has not gone up since his attorney general attempted to clear him of any wrong doing the public isn’t buying the administration’s flimsy excuses, flimsy reasoning, crazy talking points. And their refusal to release the entire report. Hell, Donald Trump was on Twitter all morning today talking about how horrible it is. The Democrats want to release the whole report. It’ll never be good enough for them. No, literally release the whole report. And that will be good enough for us.

But you won’t do that because there is some stuff in there that you don’t want the public to see in the public knows it. They just don’t know what it is. Cause that’s what’s so interesting about all of this. And unfortunately, yes, all we have is speculation. I fully believe that the Mueller investigation did say they found no evidence of collusion between Trump and the Russian government. If, if bar was incorrect with that, Muller would have come out and corrected it just like he did with the buzzfeed report, but he didn’t. So I take that at face value. I do. Sure. Maybe call me crazy for that. But I do believe that that doesn’t mean there’s not evidence of other really horrible and potentially impeachable things hiding in that mauler report. That doesn’t mean that there’s not damning information about the Republican Party as a whole. And I’m not the only one who thinks this way. Hell, even the majority of people in this country, according to the latest polls, still think Trump colluded. This report changed nothing. Okay.

And what’s funny is that yes, after Barre out with his letter, we did say Trump’s going to get a couple of ticks up in the polls. However, prior to that and for months before that we had been sitting here telling you that the report is not going to change anybody’s minds and it didn’t. Democrats, we’re always going to think that Trump did something bad and republicans were always going to think that he is a perfect little angel and the latest polling reflects that there was no change. He didn’t get a bump. He still has a net negative approval rating. Yeah.

Is disapprovals are a record high for any president who has been an office as long as he has. There is plenty of time to change these numbers for him before the 2020 presidential election. And yes, some presidents like w have been elected with a negative approval rating in their reelection cause they get that incumbent, uh, you know, security a little bit. But with his numbers in width, what should have been or could have been the best news ever so far of his presidency, whether or not it’s true, doesn’t matter. It was the best news he’s gotten since he was elected. Yeah. That didn’t move the polls one bit. He is in for a massive uphill battle heading into 20, 20, and I can only imagine that it’s going to get worse for him when this report does finally see the light of day.