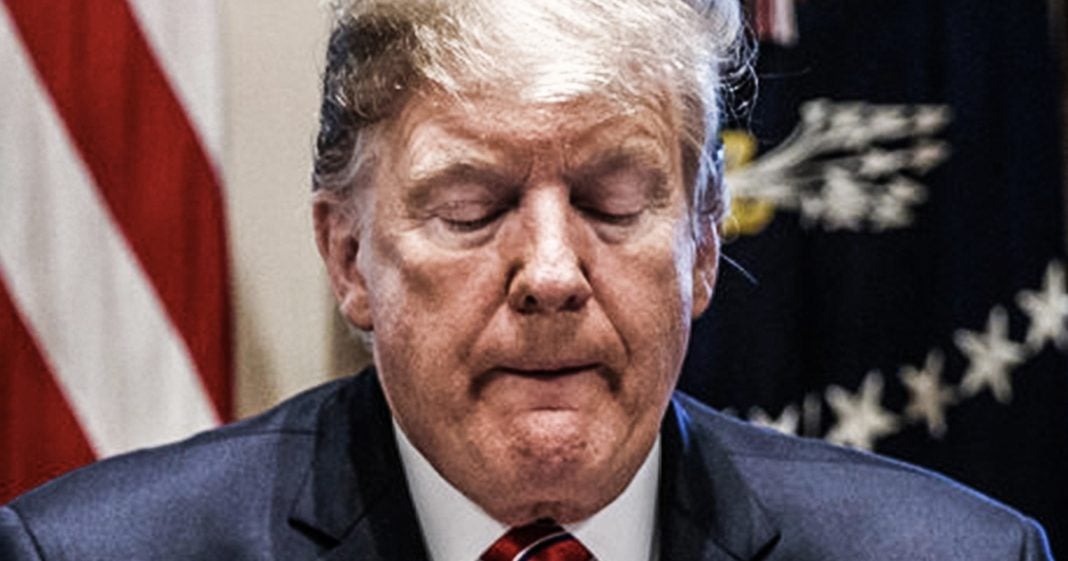 President Trump and his Republican allies are secretly hoping that the lawsuit they are pushing in courts to have the Affordable Care Act dismantled will fail, mostly because they know that they can’t come up with any viable alternatives that the public would go for. Believe it or not, actually WINNING the court case would be the worst thing for Republicans, and Ring of Fire’s Farron Cousins explains why.

Axios has spent the last week talking to sources inside Trump’s White House. And what they found out was that this lawsuit being pushed by Republicans right now by this administration, it’s not coming from anyone else. It’s coming from Donald Trump himself. And this lawsuit that I’m talking about of course, is the one where the Justice Department recently tried to file an amicus brief saying yes, we agree that the entire affordable care act should be struck down. And not only did the aides that acts you spoke to said that Trump is the one pushing this. They also admitted that Trump knows this is going to fail. And there’s a reason Trump knows it’s going to fail and it has nothing to do with the illegality of Obamacare, which is not illegal. Um, he knows it’s going to fail and furthermore, he wants it to fail. And I think that’s the part that a lot of people don’t understand right now. Not just Trump, but all of the Republicans right now do not want the affordable care act to be struck down. Yeah, sure. They might get a few political points if they managed to make that happen, but then what?

That’s why they don’t want it struck down the then what part, because after that it’s on them. They got to come up with something else. They’ve got to figure this out and they’ve got to figure it out really quickly. I mean it took him nine years to come up with literally no plan whatsoever. So yeah, I’m sure they could do this in a few weeks if this law is struck down by the judges who are currently reviewing it. But that’s not going to happen and they’re glad about it because here’s the thing, they understand how badly it backfired on them when they attempted their repeal and replace. When we eventually come up with a plan, it didn’t work because they had no plan. And the few little pieces of a plan that they put together were absolutely horrendous and Democrats and Republicans alike out there in the voting public hated it.

And so then they just kind of said, all right, we’re back off this issue for now. Well now they’re back. Now they’re fighting it in court and they are praying that it doesn’t get dismantled because they have no idea what to do if it does, and here’s the other part, it’s kind of a win win for them if this thing stays first and foremost, it gives them a little bit more time to try to come up with a plan. I think a Donald Trump just put Rick Scott in charge of it for the Republicans in the Senate, the guy who committed the largest medicare fraud in history for the company that he was running at the time. So yeah, perfect guy to run healthcare in the United States. But the second reason is that now they could go back to their constituents and be like, we tried. We tried man, those courts, they screwed us.

They wouldn’t strike it down, but we’re not done fighting yet. We’re going to keep fighting for you. And it’s those damn liberal judges out there. They will say that that is going to be a talking point, especially heading into the 2020 election cycle and they’re going to campaign on it. The question is, is the public gullible enough to believe it? Some of them, obviously, yes. You could tell some members of the public literally anything, and they’re going to believe it. The hardcore Republicans will believe that Republicans wanted this thing to get struck down and that they had a better plan in their back pocket, but oh, they didn’t get there. So we don’t get to see the better plan. More moderate Republicans, sensible Republicans, and all democrats, and pretty much all independence. They’re going to see it for what it is, a farce. If Republicans had a better plan, they would have trotted it out a year ago, were two years ago or five years ago, or nine years ago, but they still don’t have one because Republicans haven’t come up with a single fresh idea since the year 1980 the year 2019 is no exception. And we have no reason to believe that any republican sitting in Washington DC actually takes the issue of healthcare and affordability of healthcare. Seriously.