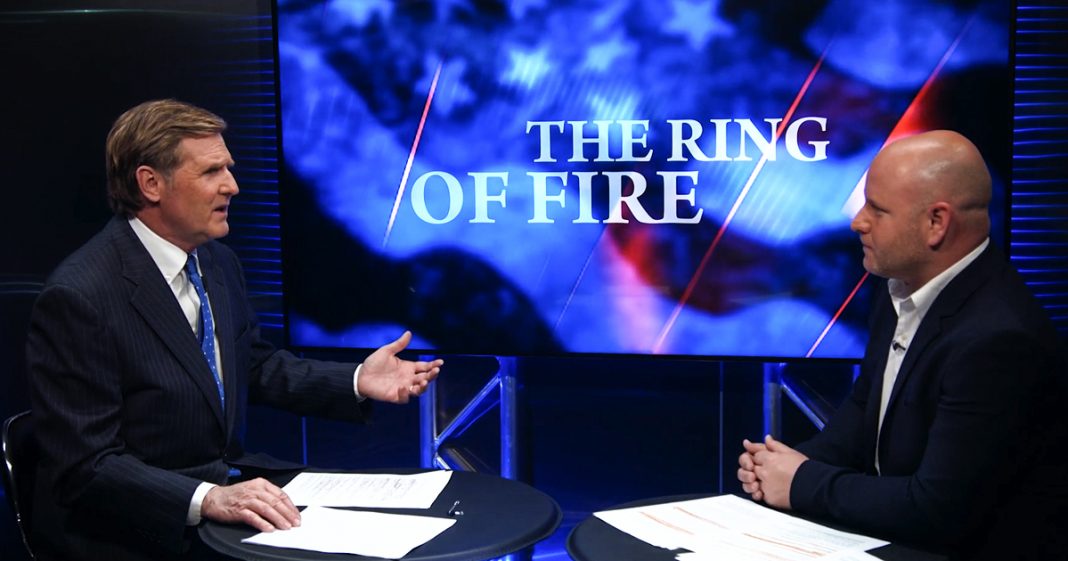 An Arizona police officer is shielded from being sued for a shooting, for shooting a woman on her front porch that was holding a knife. Ring of Fire’s Mike Papantonio and Farron Cousins discuss this.

Mike Papantonio:             An Arizona police officer is shielded from being sued for a shooting, for shooting a woman on her front porch that was holding a knife. Supreme court, okay, first of all, at it’s, what was interesting about this ruling is they really didn’t write, I mean they, they gave us no information about why they ruled this way. It was just almost a, a non opinion kind of deal where they just didn’t even, there was no rationale.

Mike Papantonio:             Didn’t even sign it. Another justice, and Sotomayor said, I’ve never seen anything like this. We have just granted immunity or we’ve, we’ve, we’ve, we’ve made immunity stronger for a police officer who shoots somebody. As long as that police officer can say it was reasonable from my eyes where I was standing, I felt like that person was either a harm to me or a harm to somebody that was close to them and I had to use my best judgment. Well, okay, there, there are a lot of facts there and this, tell us the facts of this, of this case. It’s, it’s remarkable to me.

Farron Cousins:                  Well, this one, the woman was on her front porch. The police had been called, I guess there was a little bit of a disturbance and she’s holding a very large knife on her, on her porch. However, according to all of the officers there, and there were three of them, she was calm. She was responsive, but they had asked her to drop the knife and she didn’t. She was not pointing it at them. She was not threatening them with it.

They were far enough, well, they claim she was close enough that she could have engaged in a strike with it, but they also said she was very amiable. You know, she was not hostile towards them whatsoever. Three officer’s point, their guns, one of them shoots because she doesn’t drop the knife. Luckily this woman survived and, and that’s where the issue came in. She wasn’t trying to get the officer fired. She was suing, this was a civil case. She wanted damages, which she…

Mike Papantonio:             She got damages. She got $150,000 in damages in the lower court, right? So it goes up to the Appellate court. It goes up the Supreme Court. Supreme Court rather, doesn’t even pay lip service to the analysis here. Look, here’s the point. If you’re an attorney representing this woman, there are several different things that are nonlethal that you can engage in before this.

There are things like even bean bag guns that they have for hostage kind of situations where they shoot a bean bag, knock, knock the perpetrator down. They’re not really a threat. There are things, tasers. There are all types of things that take place before you get to this point. The woman has a knife, okay. The woman standing next to her made no effort to get out of the way. I mean, she wasn’t even, it’s not as if she was being held hostage.

Mike Papantonio:             See, that’s what, that’s, the facts of this case don’t add up. There was another woman on the porch with her. Okay. The other woman could have jumped off the porch. The woman has a knife, if the woman with the knife follows, then you use lethal force. But the point is this, the point is the Supreme Court is so dang lazy on this, that they’re so afraid that they’re going to somehow give the, give the victim another chance to be able to protect their rights that they stay away from this case.

Farron Cousins:                  Well and see what this does, this, this, this gives immunity essentially to police officers all over this country that now they know, not only are they not going to be punished by their police force when they shoot and kill somebody or shoot somebody and just injure them and they don’t die, which has over 2000 of those per year. But now they know, guess what? I’m not going to be sued for this. As long as I say this was reasonable, I’m good to go. I might be on desk duty for a week, but that’s about it.

Mike Papantonio:             Yeah. I might be a dummy. But through my dummy eyes, I was looking at the situation and then I thought I was at risk.