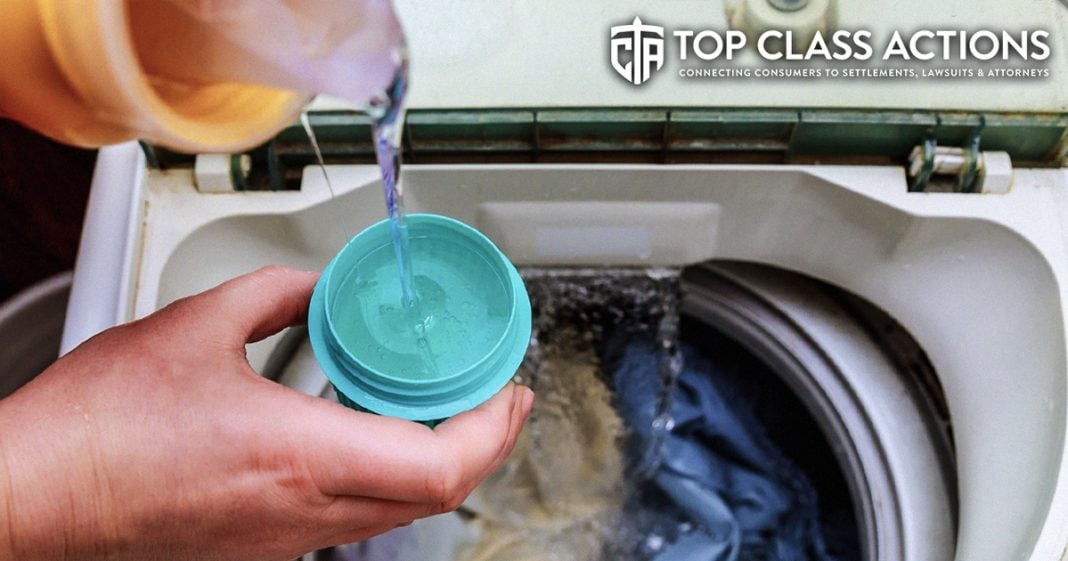 A New York federal court gave preliminary approval to a $1.5 million settlement deal that would end claims that the makers of Purex “Natural Elements” misrepresented their laundry detergent via the product’s labeling. Henkel Consumer Goods Inc. and the consumers who filed the Purex false advertising class action lawsuit have agreed to the proposed settlement that would create a $1.5 million fund that would provide cash payouts for affected customers. Ring of Fire’s Farron Cousins discusses this with Scott Hardy from Top Class Actions.

Farron Cousins:                  When you go and buy a product and it has big letters on the front of it that says natural, it’s obvious that you’re expecting you’re getting a product that does not contain a lot of synthetic chemicals or other chemicals. You’re getting a product in your mind that is in fact all natural. But as we have seen too many times, that is often not the case. And that happens to be the case of Purex natural laundry detergent.

Joining me now to talk about this is Scott Hardy from topclassactions.com. So Scott, recently, we had a federal court up in New York. They’ve given preliminary approval to a major settlement regarding this, uh, Purex natural laundry detergent because a, as the class stated, it’s not actually natural what’s in these bottles. Lay this one out for us.

But the judge said, listen, if water is excluded from the calculation, so we’ll take water out of it. Since water isn’t, you know, isn’t why you’re buying this detergent. You’re buying the detergent for the surfactants. That’s another nice little technical term I learned today. Surfactants that are used to actually clean your clothes. And so if you take out the water, the product consists of a little more than half of natural ingredients by weight.

So once you take out the water, still about less than half, a little less than half of the ingredients are actually synthetic and not all natural. So once the judge made that ruling back in February of last year, you had, you had the defense and the plaintiffs go back and forth and agree on a settlement because once the judge said, listen, you know, water is an inactive ingredient. You’re just using that to mix up the surfactants that will, you’ll be using to help actually clean the clothes.

You need to come to an actual consensus. So we have this one and a half million dollar settlement, which is actually pretty darn good for consumers. Where the average class member, will get anywhere from $2 to $4 and can claim up to 10 bottles without proof of purchase. And so they could get anywhere from $20 to $40 per class member if they don’t have proof of purchase. But there’ll be able to get more than that if they saved their receipts and can submit that with their claim.

Farron Cousins:                  And part of the issue with this one is that again, on the front of the bottle there, it says natural. It says this is natural elements. And then when you turn the, the bottle of laundry detergent around, you see things like, I can’t wait to butcher these names. sodium polyacrylate, disodium distryrylbiphenyl disulfonate, lilial, methylisothiazolinone, good heavens and I can’t even pronounce that one. And benzyl benzoate.

So, on the back of the package, it’s telling you a different story. It’s saying these are obviously not natural ingredients, but the front of the bottle says, nope, natural elements here. And part of the lawsuit actually says, you know, the consumer shouldn’t have to scour the ingredients list on the back of the product in order to confirm or debunk the defendant’s prominent front of the product claims.

And, and that’s the truth here though. I mean that’s, that’s something you and I have talked about so many times. If you’re going to put it in big bold letters on the front, you better be able to back it up. And in this case, all you have to do is turn the package around, which most people don’t do because we don’t feel the need to.

We don’t have the time to. We don’t want to look like a weirdo in the laundry detergent aisle standing in the middle of reading all of the ingredients here. No, we’re supposed to be able to take it at face value here. And that’s essentially what they had to argue in court in front of this judge.

Scott Hardy:                          Right. I mean, I was checking this out this morning and we’ve already received more than 600 comments on this settlement talking about this because you’ve got a lot of people out there that bought it thinking it was all natural. But once you take out the water part, you know, the 40% percent of it isn’t natural, or are, are, are, are not natural ingredients. There are a lot of tongue twisters in here. I’m glad you said the ingredients rather than me. But, as you said, people are looking at this saying this, it’s, it’s advertised as natural.

They expect it to be natural. When the majority of the actual ingredients that do something to your clothes are synthetic and you know, you, you, you, that’s a hard one to win when you take it to court, which is why they’ve settled. But you have so many buyers, we’ve had so many comments on this. We’ll see. It looks like, it looks like the plaintiff attorneys did a really good job in negotiating the actual terms for it and I’m, I’m impressed by that. With that kind of potential payout for the end users.

Farron Cousins:                  Absolutely, and if anybody needs any more information about this particular class action, you can follow the link in the description of this video. Head over to topclassactions.com and while you’re there, make sure you sign up for their weekly newsletter to stay on top of all of the information that consumers need to be aware of. Scott Hardy, Top Class Actions. Thank you very much for taking the time to talk to us today.