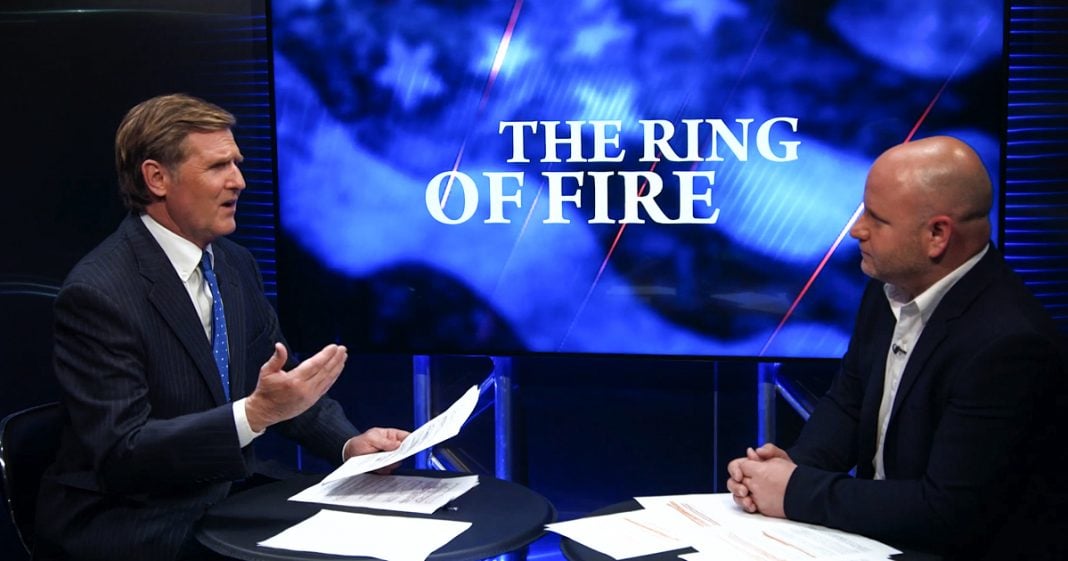 A few years ago, Mcdonald’s announced that they would be giving huge pay raises to employees all over the country, but today few workers have received anything from the company. Ring of Fire’s Mike Papantonio and Farron Cousins discuss this.

Mike Papantonio:             A few years ago, Mcdonald’s announced that they would be giving huge pay raises to employees all over the country, but today few workers have received anything from the company, and now they’re saying that the entire announced was just a publicity stunt. I think you and I did a story on this when this came out. We tried to say, okay, well isn’t this odd? Mcdonald’s who has this horrible record of relationships with it’s labor where they’re doing things like they’re asking people to work off the clock. They’re not paying overtime.

They’ve got class actions pending against them for those things. So all of a sudden they want some good publicity and they come out and they say it was a big deal. Remember all, we’re going to be sure that the people who work for us get a $1 raise. Well, there’s two parts of it. They weren’t talking to, I mean, most, most, there’s something called franchise and there’s something called corporate owned store. Now tell us what the difference is and how this applies to this case.

Farron Cousins:                  Well Mcdonald’s said, you know, we’re giving everybody raises and then in the fine print was only if you work in a corporate store, and those are the ones that are not franchised out. Usually in any area where you drive past, just see a Mcdonald’s on the side of the road, it’s a franchise. You have your store owner who is usually a local person. They own that one, maybe one or two others in the area, and so they’re free to do whatever they want in terms of pay and all of that. But the corporate stores, which is what Mcdonald’s was actually talking about.

Mike Papantonio:             Yeah, okay, wait, wait, let me back up a little bit. First of all, corporate owned store and franchise. Less than 10% of all the Mcdonald’s are corporate owned stores. You know, so you’ve got, you know, well there’s one, there’s 14,000 franchises. Now when Mcdonald’s came out and said this, they tried to make it sound like everybody working at Mcdonald’s is going to get an hour, a dollar, an hour increase.

First of all, they were even lying about the dollar increase they were going to give, right? I mean, it hasn’t happened. It was nothing but a publicity stunt. So, okay, so now, now what ends up happening is this, you have 15, the, the folks that are trying to, to, to move the move the, make some progress where it comes towards $15 an hour, they’re being attacked.

And they are a, the people behind it says set, keeps saying this, this might be the time that we make a major move towards unionizing. Okay. Which is unheard of in Mcdonald’s, in Mcdonald’s history. This is the kind of thing that can draw people to unionization. Do you think it’s ever going to happen?

Farron Cousins:                  I would love to see it happen and one thing people have to understand too is that a lot of the people who work at Mcdonald’s or not teenagers. I know that’s the stereotype that all these, oh, the high school kids are working there. They don’t need $15 an hour. Majority of the workers, they’re over the age of 20, you know, either in college or they’ve, they’ve graduated college or they’re retired. So they, they do, they do, they have families to support these are real people.

Farron Cousins:                  If you were to unionize an organization a company as big as big as Mcdonald’s, that could change labor in the United States. And we’re talking about a work force of hundreds of thousands of people. But, but here’s the thing too, and this is the workers who are now fighting to get these raises that were promised three years ago. The bringing it up as a publicity stunt. They’re saying it was a publicity stunt by Mcdonald’s because four years ago, right before they announced this, Mcdonald’s got popped by major class action lawsuits for wage theft.

As you pointed out, they were making people work off the clock. They weren’t giving them their, their overtime. They were stealing money from them, from their paychecks. So Mcdonald’s needed a good publicity head, and that’s why they came out and said, okay, everybody’s getting raised. We just stole all your money, but we’ll give you a little more.

Mike Papantonio:             There’s another part of this store, I, I want to cover a little bit. Lookb this, because of people living in poverty wages, and by the way, they aren’t just first time jobs.

Mike Papantonio:             They aren’t just it, which is what Mcdonald’s tries to sell. Oh, we’re given first time jobs. We’re giving, you know, we’re giving all these people this opportunity. These are people, they’re trying to feed their family because of these disastrous poverty wages, taxpayers ended up paying about $1.2, $1.3 billion in things like food stamps and Medicaid, and those types of things. Cause the families can’t even afford to take care of themselves. So indirectly we are, we’re subsidizing the Big Mac. How do you feel about that?