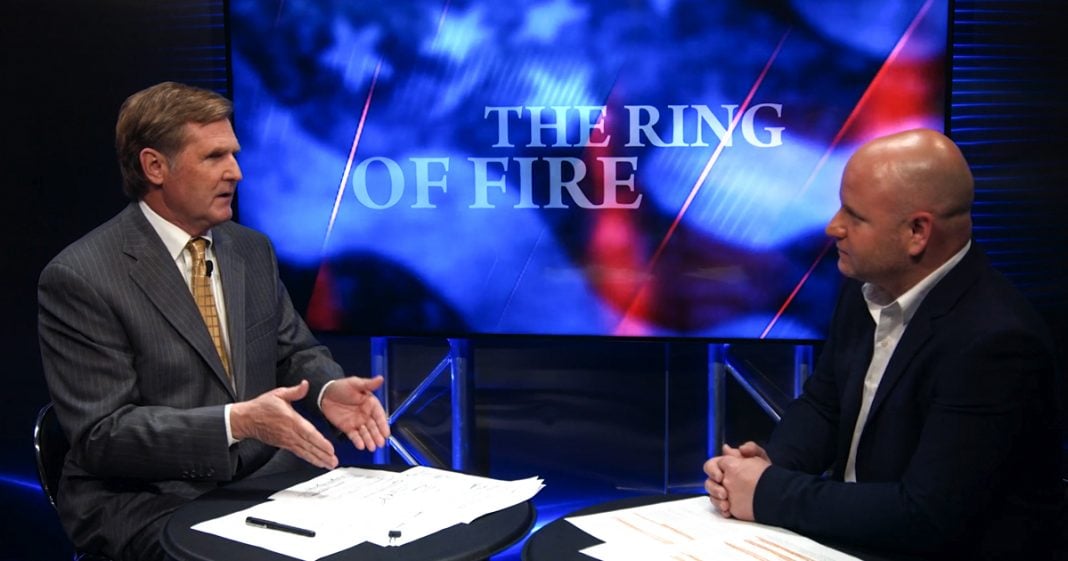 A group of at least 10 Florida mayors are taking gun control into their own hands and they’ve launched a lawsuit against the state so they can enact tougher gun control laws in their cities. Ring of Fire’s Mike Papantonio and Farron Cousins discuss this.

Mike Papantonio:             A group of at least 10 Florida mayors are taking gun control into their own hands and they’ve launched a lawsuit against the state so they can enact tougher gun control laws in their cities. I love this. I mean, what people don’t understand, it’s not just Florida where this occurred, but you have legislation in Florida that says that a city official, a mayor, a county official, a city official, commissioned, they can’t pass any kind of laws that impair the sale of guns.

Now, most people don’t … I mean, it sounds so insane that you go, like, “You could not have stated that right.” That is the law and what it is, it’s not just with guns. They’re trying to make it to where the state can preempt any activity on a local level. There may be a polluter that comes into a local city or a county, and the city or the county says, “You know, we really don’t like what this polluter’s doing, and we’re going to have ordinances that take care of what that polluter is doing.”

There’s all kinds of iterations of that, but this particular one, this guy, and I hope he’s listening to us right now, his name is Hammer. Hammer, you’re an idiot. We like to call an idiot. We call it our idiot moment on programs like this. You are an idiot. What Hammer did was, Hammer’s the one, he was the super lobbyist who convinced all of these legislators, what year was it, 2000 …

Mike Papantonio:             2011, convinced these legislators that we ought to pass a law that is so favorable to the gun industry that we can’t even allow a county, or a city, to take action for the safety of their citizenry.

Farron Cousins:                  … NRA’s person down here in Florida, if you violate that law, if you try to pass a law in your city that says you can’t sell AR-15s, you’re going to get a $5,000 fine and more than likely the state will have the authority to remove you from office. Even though you’re obviously the democratically elected leader, if you do this, we’re removing you from office. We’re fining you $5,000, because, by God, we’ve gotta protect the interest of the NRA. This is another one of those Alec sponsored pieces of legislation, and they’re trying to do it all over the place. As we see so many times, Florida is always the test case for things like this.

Mike Papantonio:             I want to focus more on Marion Hammer, okay? There was a New Yorker story on Marion Hammer. What is so disgusting about this bottom feeder … I mean, that’s what he is. He’s an absolute bottom feeder. He goes where the money is. He accomplishes any … I don’t care how deplorable the request is, there is always a guy like a Marion Hammer who will do whatever it is for a dollar. I mean, you put … He’s like, you know, kind of like a field rat. You put a little bit of food out in front of him, the field rat is going to go after the food.

That’s what this guy is, and he knew what he was doing when he did this. He understood the impact of what would happen here. You have parts of Florida, let me just put that in perspective you have parts of Florida in the bigger cities around Miami-Dade, guns are a major issue, okay? You had ordinances that the police were trying to pass, that commissioners were trying to pass, to where they had ways to control when a gun outta be out there, when it shouldn’t be, who outta have a gun, who shouldn’t, what type of gun should be.

Those are the kind of common sense things that a locality should be able to do to protect its citizens. But this bottom feeder, Marion Hammer, understood, I’m going to take your little rat money, and I’m going to do whatever it takes to get your little rat money, even if it … He understood exactly what was going to happen here. He understood lives are going to be lost. Is that too harsh? I mean, is that too harsh when you look at this story? This is infuriating.

Farron Cousins:                  Not at all, because only days after the shooting in Parkland, Florida, Marion was down there. He was meeting with leaders from around the area, trying to make sure they didn’t do something like this …

Farron Cousins:                  … and prevent it from taking place. But you also have to look at, the other side of this is that all of Marion’s work could be undone. This is something we had talked about in the past is the fact that there’s the police powers. The state of Florida could, and especially if these lawsuits are successful, if a city were to ban these assault weapons or semi-automatic weapons or whatever, and they invoke the police powers, they absolutely can trump the state.

Mike Papantonio:             Okay, let me talk about that just a second, Farron. First of all, these commissions who throw up their hands, “Oh, my God, we can’t do anything.” That’s nonsense. They can do something. They can put their career on the line for the safety of kids in the state, but they’re not willing to do that. They wanna, “Oh, gee, they’re going to fine us. They’re going to have… I’m going to have this little freak, Marion Hammer coming after me.” Okay, that’s what you do. When you chose to move into politics, you chose to have to make a decision. The decision, “Am I in it for myself, or am I in it for the citizenry.”

Sometimes you put yourself in that fight. For these people not to stand up to this bottom feeder and say, “Look, you know what, we’re going to take you on. We don’t think it’s constitutional. We’ll go ahead and spend the money. We’ll fight you and we will make you into the freak that you are. We will publicly make you into the freak that you are. We’re going to pull you out of the shadows. Everybody’s going to know Marion Hammer is, and we’re going to tell the story of Marion Hammer, like the New Yorker did.

Farron Cousins:                  Well, and it’s just amazing to watch the NRA freaking out right now, to watch these Republican politicians freaking out, because, you know, and these mayors reacting to this. It all goes back to those kids, the ones who became activists on that day, the survivors.