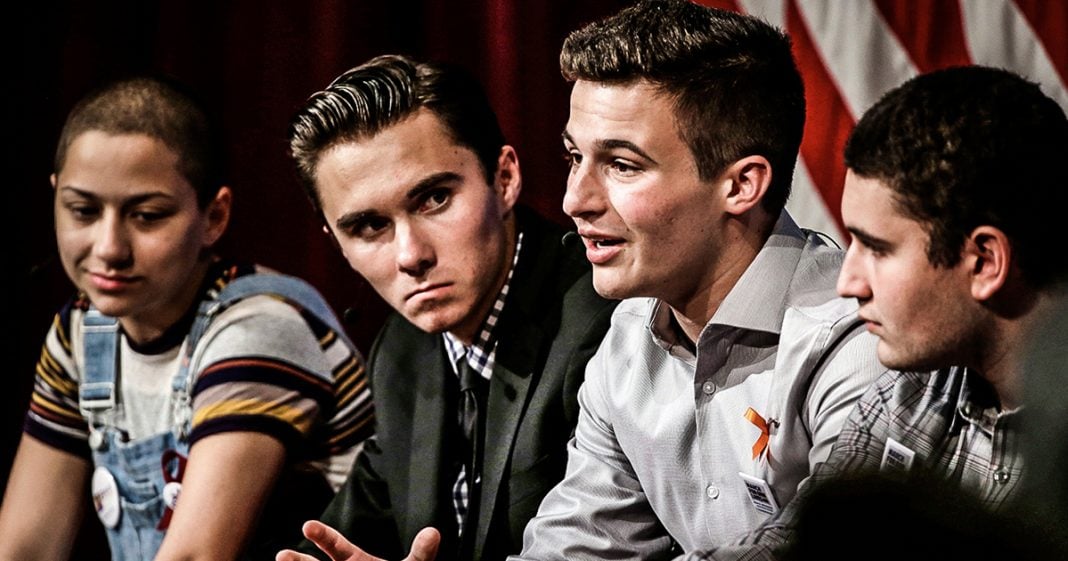 According to a new report, young voters in the city of Parkland, Florida had their ballots thrown out during the midterms at a rate of 12x higher than the state average. These ballots allegedly “failed” the signature match test, which has already been proven to be ineffective and challenged successfully in courts. The real reason is that Republicans were scared of this community because they know how energized these young voters were, and they knew it would hurt them in the elections. Ring of Fire’s Farron Cousins discusses this.

More and more evidence is beginning to emerge. That shows that the elections in Florida during the 2018 midterms may have in fact been stolen by the Republicans. According to a new report, thousands of ballots in the city of Parkland, Florida were thrown out. They were thrown out at a much higher rate than ballots were thrown out all throughout the rest of the state and voters in Parkland, Florida between the ages of 18 to 21 saw their ballots thrown out at a rate of slightly more than 15%. Wow. Can you imagine that 15% of the young people in Parkland, Florida had their midterm ballots in 2018 thrown out. Now, according to the Republicans who run our elections down there, they said it was either because the signature didn’t match, which is total nonsense crap. Or, oh, the ballot got here too late. Darn it. We can’t, we can’t count it as a mail in ballot by the way.

Um, here’s the thing. Both of those are complete lies. They’re complete lies. The signature match nonsense has already been challenged in court successfully, and that was actually prior to the 2018 midterms. So they’re lying about that for sure. But 15% of voters between 18 and 21 in the city of Parkland, Florida had their ballots thrown out. Thousands of ballots were thrown out. Keep in mind, some of the big races in the state were decided by only a few thousand votes. So yes, it is likely that the number of ballots thrown out in Parkland could have swayed some major elections one way or the other. Maybe we wouldn’t have Ron Desantis as our governor. Maybe we wouldn’t have Rick Scott as our freshman senator. We’ll never know because the Republicans throw away the ballots. Now why would they do it in Parkland? Well, because that is one of the biggest areas of the state where young voters are energized.

We’re young voters are tired of Republican sitting around not doing anything to address the issues, issues that these kids directly had to deal with. These young voters saw horrors take place that I pray nobody else in this country ever has to go through. And we’re still seeing the ramifications of it. And it’s sickening and it’s disgusting. But that’s what happens when you have politicians who don’t take these issues seriously, but instead only offer their thoughts and prayers. So these, these young Americans, the, they were, they’re energized. They were ready to go. They were ready to vote, and they did. And then Republicans threw away ballots. This has to change. Republicans know that the only way they can win elections is to cheat. That’s the bottom line. So many problems emerging from the 2018 midterms alone, and every single one of them happens to be at the hands of Republicans. That’s not a coincidence, folks. It’s how they operate.