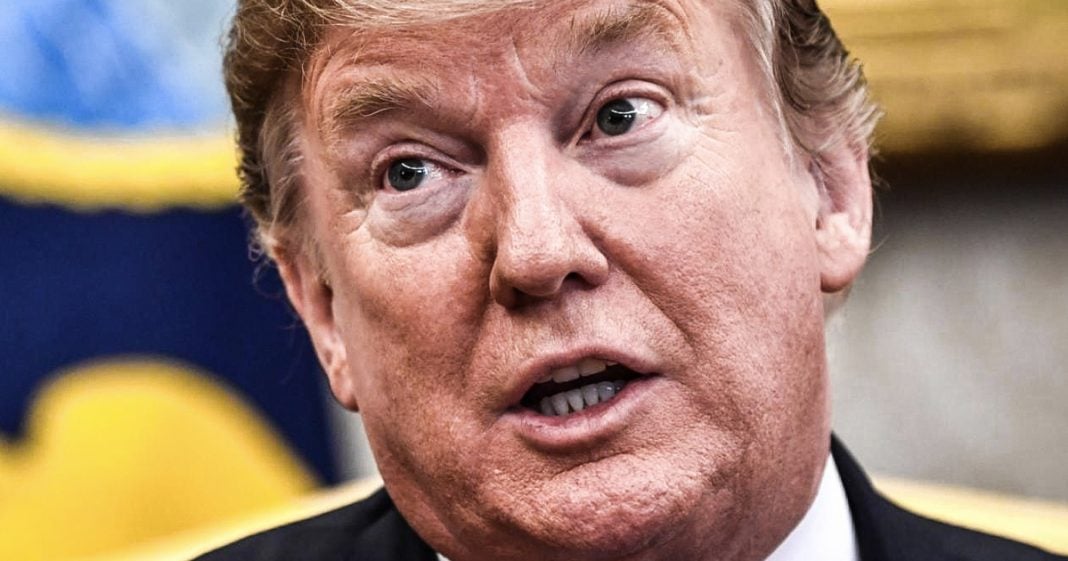 It may sound odd, but scientists and researchers have actually concluded that Donald Trump is an embarrassment to the United States and most of its citizens. After analyzing social media data, scientists found that people describing themselves as “embarrassed” about Trump or the US increased by 45% when Trump entered the presidential race, and there were clear spikes following debates and speeches featuring Trump. Ring of Fire’s Farron Cousins explains the results of this unusual study.

A very interesting study came out this week in the journal Frontiers in communication where scientists decided to look at how much of an embarrassment Donald Trump was to citizens here in the United States or if he wasn’t embarrassment at all. And what they found, what the scientists who studied this found scientifically was that yes, Donald Trump has an embarrassment to the United States and the attitudes of the people in this country prove it. Here’s what they found and actually here’s what they did. They decided since there’s really no way to gauge embarrassment, they were going to have to look through what people were saying on social media. That’s a pretty decent barometer to find out how people feel and how they think. So they went through starting in June, 2015 roughly around the time Trump announced a through d, December, 2017 and they were looking for the keyword embarrassment to see if it correlated.

Also with mentions of Trump. Turns out it dead and during this time there was a 45% spike in people saying how embarrassed they were for the United States, for their country. And yes, most of it is related to Trump. In fact, there were three embarrassment spikes that they notice where the mentions of being embarrassed for your country hit new highs. Uh, the first spike and embarrassment was on October 10th, 2016 the day after the second presidential debate. The second spike was on March 18th, 2017, which was when Trump apparently refused to shake Angela Merkel’s hand. Uh, the third spike was on May 28th, 2017 when Trump seemed to shove the Montenegro president at a NATO meeting. Also, those tweets mentioning embarrassment also mentioned Trump and NATO. In that instance, they mentioned Trump and Merkel or POTUS in the previous one, and they mentioned debate Trump embarrassment in the first one. So yes, they were able to determine that when Trump does something stupid, there is a spike in the people talking about being embarrassed for their country.

Now, they did warn us. This does not necessarily mean causation. Just because there is a very clear and direct and quantifiable correlation does not mean that the reason everybody’s embarrassed is only because of Donald Trump. But they said that you cannot ignore the correlation. Yes, Trump is an embarrassment, but they said there’s also probably some other people out there who are embarrassing this country, and that should be looked into a little further. And I agree with that. There is embarrassments on both sides of the aisle, but when it comes to being the biggest national embarrassment, I’m inclined to think that the man who holds the highest office in the land probably deserves most of the blame. And as this study showed, he pretty much does deserve most of the blame too.