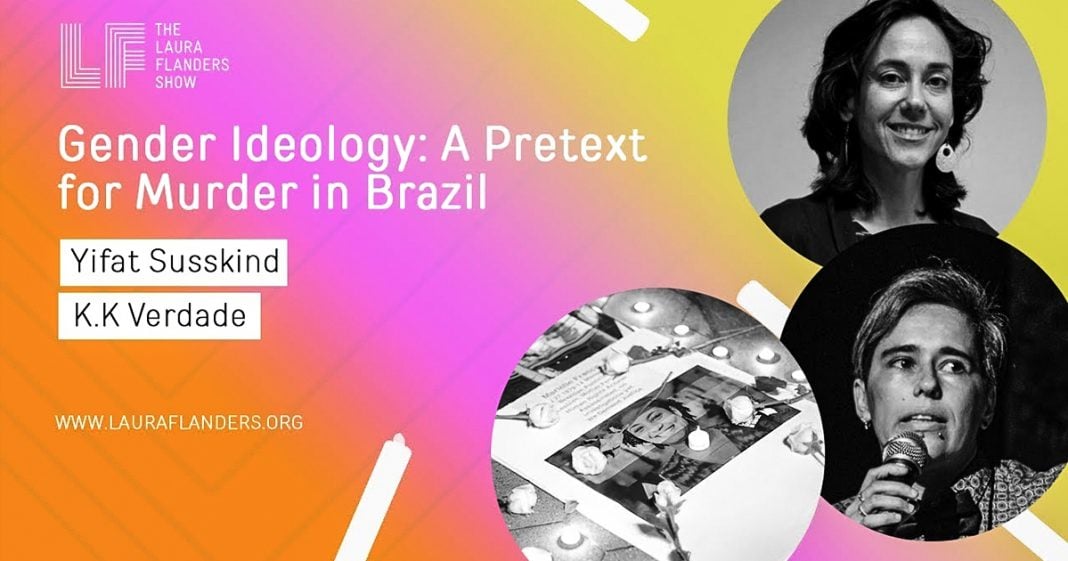 #EleNao! Just days before the anniversary of activist Marielle Franco’s assassination in Brazil, prosecutors there charged two former police officers with her murder. Those arrests may provide a partial answer to the question of who killed her but many other questions, including who ordered her killing and why, remain unanswered.

This week, we talk with Yifat Susskind of MADRE and K.K Verdade of Fundo ELAS about the current fight for human rights in Brazil, and the right-wing hate campaign against feminist so-called “gender ideology” worldwide. Then we take a look at one demonstration that took place in New York City to remember Marielle Franco and the struggles she brought to the world’s attention.