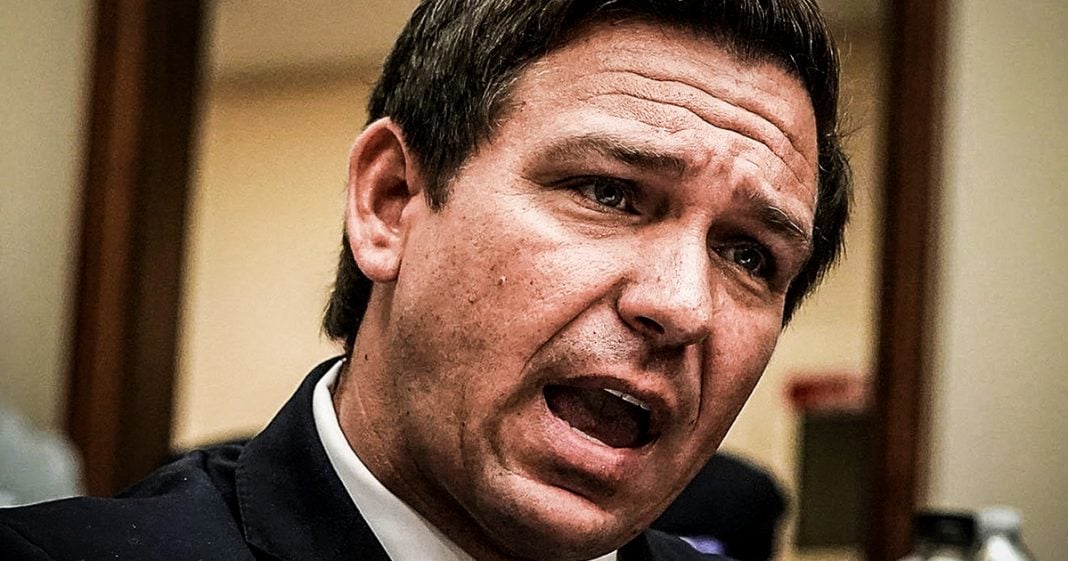 Republicans in the state of Florida are about as dirty as they come. Even though a majority of Florida voters approved an amendment in November to restore voting rights to roughly 1.4 million former felons, the Republicans that run the state are trying to make it impossible for those newly-eligible voters to actually get their rights back. They understand that this many new voters will reshape the Florida electorate, and that isn’t going to be good for the GOP. Ring of Fire’s Farron Cousins explains what’s happening.

Well more horror stories from the state of Florida with regards to voting rights. As Republicans who currently control our state are trying to disenfranchise roughly 1.4 million voters before the 2020 presidential election. Here’s the backstory. In November, during the mid term election, 65% of people in this state went to the polls and checked yes on amendment four, which allowed former felons to have their voting rights restored, with the exception of course, of murderers and people who committed sexual crimes. Everybody else, which was 1.4 million citizens in this state immediately had their voting rights restored until of course, Republicans stepped in and again, our governor ship, our State House and our state Senate are controlled completely by Republicans and they don’t want these former felons to vote. So immediately our new governor, Ron DeSantis, tried to put the brakes on this thing and slow it down and say, we got to figure out implementation here. We don’t know how to do this. It’s not going to happen yet. Well then it turns out he had to do it. So now Republicans in this state are working on legislation that would basically make it impossible for these former convicts to get their voting rights back, unless of course they have tens of thousands and in some case, hundreds of thousands of dollars to pay for all of the fees that the state incurred while prosecuting and imprisoning them. They essentially want these former convicts, people who serve their time to pay back the state for everything, their time in prison, their medical care in prison.

This is nuts. My state down here is absolutely implementing a modern day poll tax. That is what this is and you know why they’re doing it. I think that’s pretty obvious. As I’ve said many times, and I will continue to say this, the elections in 2018 in this state, we’re decided the biggest one senate governorship decided by only a few thousand votes. We’re talking about adding 1.4 million new voters, new voters, who by the way understand that the Republican party does not like them to, I’m not saying all of them are going to become Democrats, but I’m going to say most of them aren’t going to come a Republicans because they know what these republicans are doing to them. They know the Democrats are fighting to get them their voting rights back. Simple logic, right, but with 1.4 million new voters that completely reshapes the entire Florida electorate because there has not been any election in this state since the year 2000 probably before that. I didn’t look before that, but at least since the year 2000 with Bush v Gore, there haven’t been any elections in this state. Decided by fewer than a few thousand votes in some cases a few hundred so even if we took 1% of those 1.4 million new voters, even if just 1% of them voted in 2020 that would be enough to sway the election.

2% sway it even more. 10% you’re talking about a different electorate, a different makeup in this state, and that is exactly what we need, but we need more than 1% or 2% or 10% we need 100% the voters in this state demanded that these people get their voting rights back. Yet, the Republicans sitting down here in Tallahassee making big box deciding what’s best for everyone. They’re telling us, nope. Even though voters said we’re going to change the constitution, we, the Republicans are going to screw it up because once these 1.4 million people get their voting rights back, our careers are over. And I think that’s what a lot of us in this state have been waiting for for a very long time.