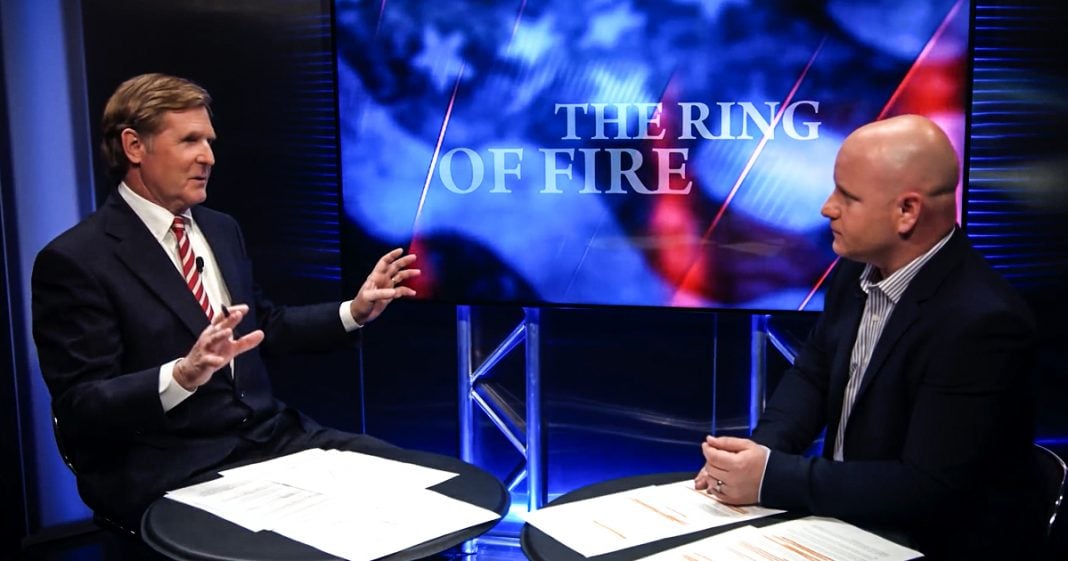 Three whistleblowers will be splitting a $1.3 million dollar reward for bringing the defective airbags made by Takata to the attention of regulators. Ring of Fire’s Mike Papantonio and Farron Cousins discuss.

They understood that the airbag would explode. It would send shrapnel into the heads and the bodies of people that were, that, that were caught in the middle of that. I mean the, it, it blows up, but it doesn’t just blow up and cause a problem that’s a minor problem. It burns the individuals, it throws shrapnel into their eyes and to their head, deaths, deaths related to this. Okay, look, here’s the point. Whistleblowers that worked for the company came in and said they knew about it. Pick up.

Farron Cousins:                  Well, the three whistleblowers in this particular case, you know, they, they had been working with the regulators, but I this as you pointed out, was after the regulators were pretty aware of what was happening with Takata. Didn’t want to do much of anything about it. Takata is one of the biggest airbag producers in the world, not just in the United States, in the world.

So they kind of sat on the issue, but now that these whistleblowers, you know, had come forward with this information showing Takata knew about it, they covered it up. They did not fix the problem. They built it into the cost of doing business. We know x amount of people are going to die, we’re going to pay settlements for it, but that’s going to be cheaper than recalling, you know, 30, 40 million vehicles because we’ve essentially placed IED’s in their steering wheel instead of airbags.

And, and so these whistleblowers, had they not come forward with this. What we would have seen was the regulators dragging their feet on it a little bit longer, a few more deaths. I think right now it’s at 22 people have died. Countless injuries.

Mike Papantonio:             Injuries. Loss of eyes lost. Well, here’s the point. Here, here’s what’s really creepy about this story. There are 59 million airbag inflaters out there, 59 million of all different vehicles. At this point, there’s only been 21 million that have been recalled and fixed. So you’ve got all these airbags still out there being sold. Used cars, people don’t have any idea, you know, person goes buys a car that’s a few years old.

They don’t think about, well gee, did I check out the Takata airbag? And then the, the, the downside of that is the recall doesn’t really get through to them. So they’re driving around as you point out with, with, with an IED in their car. Here, what’s bothersome a little bit, well, very bothersome to me is you had these, they collected $1 billion in a settlement. Okay, now follow this. They collect $1 billion. The people who actually gave them the material and gave, just here it is government, finally do your job.

You know, Department of Justice actually do something instead of just talking to game, go out and do something, which the Department of Justice is deplorable about. They rarely do their job, where it goes, where it comes to going after white collar criminals. So here they fine, really they fine the Takata folks for $1 billion. And at this point nobody has gone to prison, have they?

Farron Cousins:                  No, absolutely not and they never will. I mean, even if Takata intentionally, made their, made their airbags to do this and you know, nobody would still go to jail because that’s how it is. And the, the, these fines of $1 billion, $2 billion, $500 million. It doesn’t matter what it is because they’ve got that money sitting in the bank ready, ready to be paid off in fines because they’ve made four or five times that in profit. And it, it, it is what they call it, the cost of doing business.

Mike Papantonio:             How about this though, Takata knows, here’s what they’ve done. This is what the documents show. They concealed reports that they knew about the bag would explode and kill people. They concealed reports where they knew that. They subverted testing procedures where people within the company were saying, you need to do more testing because what we’re looking at now looks really bad and they falsified data.

When the tests were done, they would make up, phony up data, to make it look like there wasn’t a problem. Now understand they killed people. That this is, this is no, this is manslaughter here. This is the equivalent of somebody drinking a fifth of, of whiskey and driving a hundred miles an hour through a school, through a school zone. This is manslaughter. The DOJ does not have the guts.

They don’t have the backbone to say, these people are murderers. What don’t, why don’t we prosecute somebody? Why don’t we throw somebody in jail? It’s much easier to just take the billion dollars and business goes on as usual.

Farron Cousins:                  Yeah, because you know that, that’s money and we’ve done stories about this in the past. That’s money that they then get to use for their offices. To an extent, they do keep a portion of it.

Farron Cousins:                  And they work that into their budget now. Now my agency has more money to go and play with, whereas you don’t get that when you throw somebody in prison.