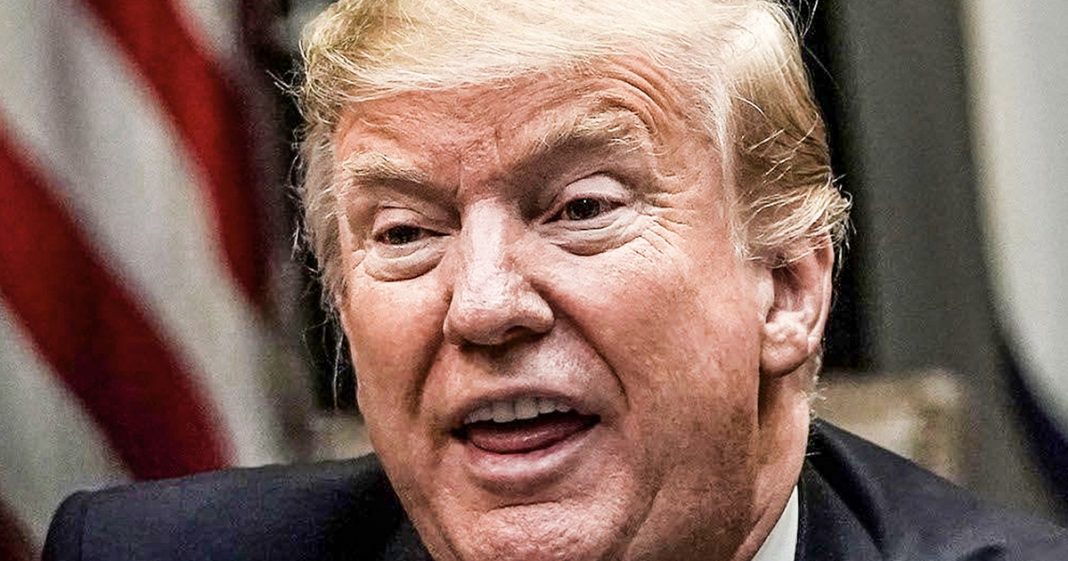 After a year of complaints, executives at Twitter are working on a plan to start labeling Donald Trump’s offensive and rule-breaking tweets rather than deleting them from their platform. They understand that his tweets, good or bad, are in the publics’ interest, but they also want to make users aware of the fact that this man routinely breaks the rules that the website has in place. Ring of Fire’s Farron Cousins discusses this.

For quite some time now. People on Twitter had been reporting Donald Trump’s tweets for violating twitters terms of service. And in many instances, Twitter agrees, yes, this does violate our terms of service. However, we’re not going to remove it because obviously this is unfortunately the president of the United States saying this. And this is within the public interest. So earlier this week in an interview with the Washington Post, uh, Twitter’s head of legal policy announced that, you know what, we’re actually considering a plan right now that would label Donald Trump’s offensive tweets so that everybody would know that these tweets are offensive and they violate our terms of service. But because it’s in the public’s interest to see it, because again, the guy’s the president, we’re not going to remove it. Now this is actually a smart move by Twitter because as we’ve seen in the court cases that are, uh, making their way through the cord right now, Trump is trying to argue that he is allowed to block people on Twitter.

But the courts are telling him, no, everybody has a first amendment right to read your tweets because you are using them to make official presidential proclamations. If Twitter were to remove them, Twitter at that point would be violating our first amendment rights, and I think they understand that, which is why they’re not going that route. Instead, wouldn’t it be better to be scrolling through your Twitter feed and suddenly see a big massive warning saying that the idiot in the tweet below is violating our terms of service? He is insulting others. He’s being a bully. He’s engaging in behavior that Americans should not be engaging in. And then you look and you see it’s from the president of the United States. I think that would be a good big wake up call for a lot of people in this country who seemed to be a little bit on the fence, but it’s not just Donald Trump, it’s any politician.

Twitter says, listen, we’re not just going to single this guy out because trust me, there’s plenty of bad actors out there here in the United States. That also happened to be elected officials and we may end up having to do the same for them or we may just, uh, reduce the reach of their tweets. We may just not let it get out there to as many people because it is so offensive, but it would still be available if you seek it out because it’s in the public’s best interest. Twitter is technically doing the right thing here. They’re trying to not trample on anybody’s first amendment a rights, but at the same time they’re not removing these offensive tweets because it is important to the public. It is in our interest and not for the presidential proclamations. It’s important for the public’s interest because we need to see just how disgusting and low brow our president truly is.

If as we head into 2020 some people are still forming an opinion of the president determining whether or not to vote for them. They need to be able to see who he is as a human being and there is no better place to see who Donald Trump is to get a real sense of what this guy is about. Then by looking at his Twitter feed and nothing is going to turn people off faster than seeing a big warning saying the guy in the tweet below is violating our terms on a regular basis. Read at your own peril. That’s probably not going to be the message that Donald Trump wants to send out there, but in the future, it’s likely going to be the message that Twitter tax onto his tweets.