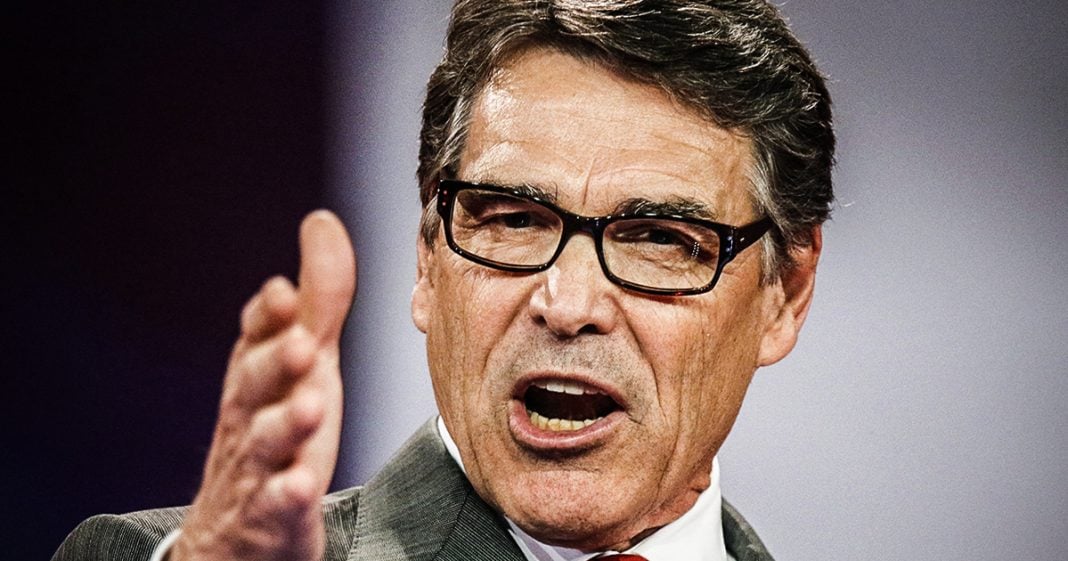 For decades the United States has been up in arms, quite literally, over the thought of bad actors in the Middle East getting their hands on nuclear technology, and now the Trump administration has willingly handed over that technology to one of the worst characters in the region: Saudi Arabia. The US has agreed to let six different firms start selling our nuclear tech to the Saudis, because what’s the worst that could happen? Ring of Fire’s Farron Cousins has the answer to that disturbing question.

For decades. The US government, the military industrial complex has been warning us of the dangers of what could happen if just one bad actor in the Middle East got their hands on nuclear weapons. It would be in times folks who would be Armageddon. We have got to go to war to stop these countries in the Middle East from getting their hands on nuclear technology. They’ve told us that we’ve done that. You know, weapons of mass destruction. We can’t let these idiots have those. They’re horrible people over there. And so what has this administration done this week? While nobody was paying attention, they approved the sale of us nuclear technology and secrets to Saudi Arabia, one of the countries that may actually be one of the worst actors over there in the Middle East. Effectively beginning this week, Rick Perry with the Department of Energy has a proved a deal that will allow six currently unnamed US firms to start selling technology secrets, documents, everything that Saudi Arabia needs to start allegedly building their nuclear reactors.

Now, don’t worry, folks, because we’re not going to sell them any information on how to enrich uranium. You know, because it’s not like they could just turn to somebody else once they have all the raw materials and get that information from them. Right. They wouldn’t ever do that. Now the group that’s being totally honest about the journalists, they just murdered, they wouldn’t try to circumvent this deal we have with them, even though they’ve literally been circumventing the other deals we have with them for weapons where they’ve turned around and sold them to groups that want to kill United States as citizens and soldiers and our allies over there in the Middle East. No, they totally mean it this time. They’re not going to screw up this deal. And yes, one of the most oil rich countries in the world totally is serious about switching to nuclear power. You would have to be the dumbest person in this country to think that Saudi Arabia wants to actually build nuclear reactors.

Oh, I’m sorry. This was Rick Perry. So he is, this is what happens folks. This is what happens when you think intelligence doesn’t matter in Washington DC. This is what happens when you elect a president who had no political experience, no foreign policy experience, had a hell of a lot of experience with bankruptcies and failures. And yet you look at him and say, Hey, that’s my guy. I think he could really do some good in Washington DC. We’re selling nuclear secrets to one of the worst countries on the planet in terms of human rights violations, in terms of aggression, other countries, but just because they sell us a lot of oil and they’re not even our, our number one oil, uh, seller, by the way, we hit most of ours from Canada, but we get a little bit from Saudi Arabia and they, you know, have a good pull on global markets. So we have to appease them. So we’re going to give them the technology that with a little bit of tweaks, could be used to wipe out entire populations. What’s the worst that could happen? Right? I think we all know the answer to that.