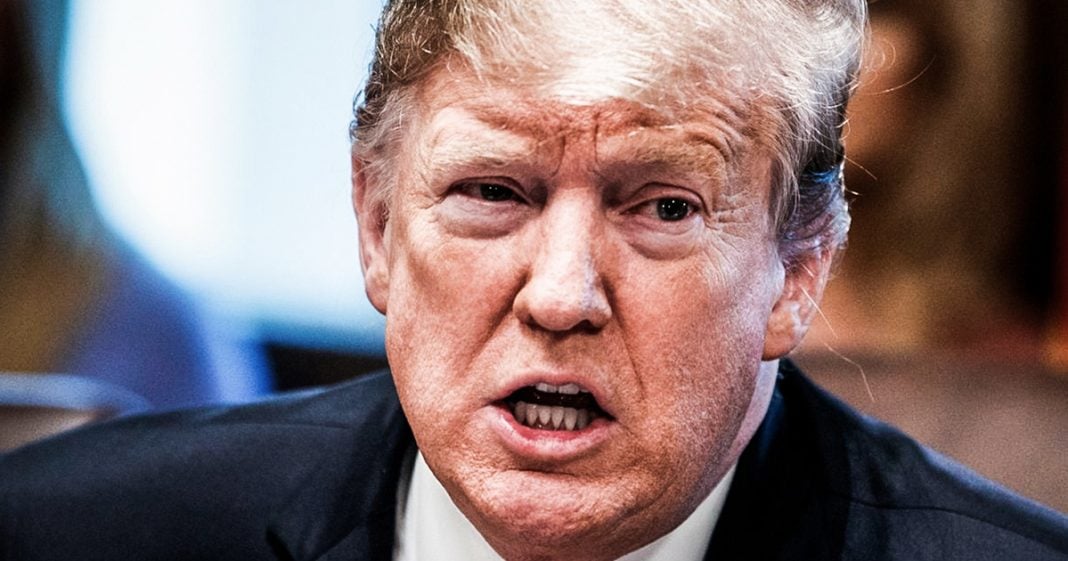 Donald Trump’s lawyers are still trying to argue in court that the President has the right to block people on Twitter. But after a group of judges on the Second Circuit read through a list of Presidential proclamations that he made via his personal Twitter account, that argument is becoming harder to make. The President keeps getting himself in trouble over his tweets and clearly hasn’t learned from his past mistakes, as Ring of Fire’s Farron Cousins explains.

Earlier this week, the Justice Department was in court to Defend Donald Trump’s practice of blocking people from his at real Donald Trump Twitter account. And during their arguments, the panel of Second Circuit Judges Basically skewered the folks from the Justice Department defending the president. And they were able to do it not based on superior legal arguments, but because the lawyers at the justice department are so clueless that they don’t even realize what Donald Trump is doing with his Twitter feed. See, these judges actually took turns on Tuesday reading out recent proclamations, presidential proclamations from Donald Trump’s personal Twitter feed, including his recent proclamation about North Korea and the fact that we’re not going to, uh, implement those sanctions that were just announced and his recognition, a recognition of Golan Heights in Israel as Israeli t a territory. They said these are presidential proclamations. These were first made on his personal Twitter account. And being the president of the United States, he cannot for big people in this country from being able to see them, the justice department lawyers really didn’t have an answer for that.

Nor did they have an answer when one of the judges said, okay, if he is in fact a private citizen on this Twitter feed, why is the Justice Department representing a private citizen? That’s not your job. That’s not your responsibility. That’s not even something that you’re allowed to do. So why are you here? The judge asked the Justice Department again to which they really didn’t have a good answer for, but here’s the thing. Donald Trump’s Twitter feed continues to get him in legal trouble, and in the past, as we all know, a judge has said, no, you cannot block people from your Twitter feed. It’s a violation of the first amendment because you are prohibiting people in this country from being able to see presidential proclamations, which you cannot do. You can’t hide that from people. And when he chooses to use his personal Twitter feed as a means to make those proclamations, he can no longer block people.

That’s the ruling, at least from the lower court. The second circuit, as of right now, has not yet released their ruling, but they only spend about 45 minutes. Uh, on this particular case, most of which, as I pointed out, was used to mock the lawyers from the justice department for being so dangerously incompetent, competent, and delusional about what’s actually in the president’s Twitter feed. But here’s the thing. We have seen on several different occasions, Donald Trump tweets things out that later get used against him in court, just like these tweets have, for example, um, 94% of the court cases for policies enacted by this Trump administration, 94% that have been challenged in court have lost. And more than a dozen of those have lost solely on the grounds of something Donald Trump tweeted out that directly contradicts or shows that there was no thought process going into why a new rule was made. Donald Trump’s Twitter feed continues to be his downfall, yet he sees it as his biggest and greatest tool. The truth is that people use that Twitter feed against him on a regular basis in court, and more often than not, they win and he loses.