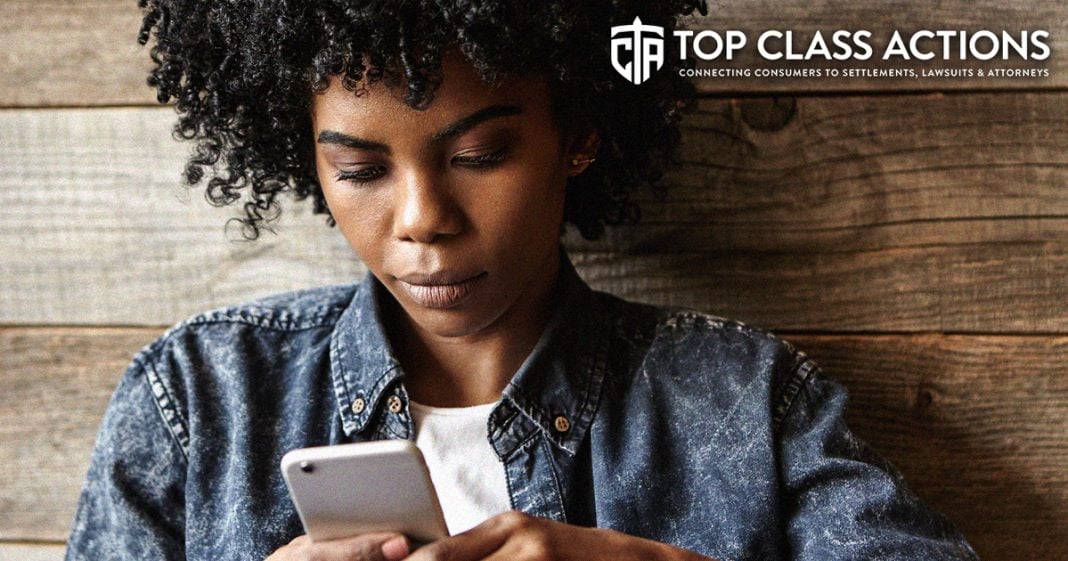 There have been lots of multi-million dollar settlements from major companies in recent months revolving around the use of obnoxious robocalls and text messages. Consumers likely never signed up to be a part of this call list, but they were still subjected to the calls with almost no way of making them stop. But thanks to multiple class action lawsuits, those who received the calls can now claim rewards, as Ring of Fire’s Farron Cousins and Scott Hardy from Top Class Actions explain.

Well, actually recently there’ve been a lot of settlements that have been announced for people who have received some of these robocalls from certain companies. Joining me now to run through some of these settlements is Scott Hardy from Top Class Actions. Scott, I appreciate you being here with me today.

Farron Cousins:                  And see that’s the thing. We have this thing called the Telephone Consumer Protection Act, TCPA that that prohibits this. And, and that’s the reason that these lawsuits exist right now and that these settlements, you know, have come from these lawsuits. It’s not because ah, I’m so annoyed that I have another phone call and I have to see if I have to push nine to be put on the do not call list or push two.

So you got to listen to the whole thing cause they change it up on ya. No, it’s because they’re not legally allowed to do this. That’s the problem is that you have these companies that are violating the law by doing this. You did not give them permission to call you, which you have to give. They did not, you know, actively look at the law ,at the do not call registry. See if you were there, see if they were violating it. And that’s where the problems come in. And that is what this suit at alarm.com did. Let’s move on to the next one.

Farron Cousins:                  Absolutely. So this next one here, this one’s really close to home for me because, because I’ve gotten a call from this group. They were, they were very persistent by the way. This is Sunrun Solar telemarketing calls here. This one, to be honest, I thought it was going to be pushed to, to be added to our do not call list. It was not. I got connected to somebody and then, oh my goodness, that was a, quite an event here. Tell us about the Sunrun suit.

Scott Hardy:                          Sure. So this is a five and a half million dollar settlement, especially the people that are in the sun belt like you, like me, you know, they’re, they’re sitting there trying to go ahead and sell solar panels and other clean energy products. And if you got that call between November 20th, 2011 and August 21st, 2018, so they were making a lot of calls for literally years, you’ll be able to get anywhere between $100 to $250 per claim depending on the number of claimants.

Farron Cousins:                  And so, what, what kind of timeframes are we, are we dealing with on this? I know you said it had been going on for seven years. Obviously these, these class action settlements, they do not remain open forever. So are there any a time periods here that consumers need to be aware of?

Scott Hardy:                          Right. So, the Sunrun particularly, you have to have your claim submitted by May 31st and you can just do that quite simply online. But typically you have anywhere from 45 to 120 days to submit your claim depending on the settlement. But if you wait and you miss that date, you’re probably out and you won’t be able to submit your claims. So you always have to stay on top of these and get that claim in earlier or you’re out, you know, possibly hundreds of dollars per claim.

Farron Cousins:                  And obviously, once again, we’re kind of looking at the same situation here. You know, they weren’t paying attention to the national do not call registry, violations of the TCPA. Same thing we’ve seen with these other ones. As you pointed out April 2nd, so American Power & Gas, if you have received a phone call from them between June 14th, 2013, August 31st, 2018 so you’ve got a good five year span there.

If you’ve got a call from American Power & Gas, make sure you check it out. There’s actually links to each one of these settlements in the description of this video. Real quick, got to move on to the last one here, US bank. This one is unwanted calls and text messages from US Bank. A little more than two and a half million dollar settlement available here, Scott, lay this one out.

Farron Cousins:                  Absolutely. And if people think that this is not important, let me just go ahead and tell this story. A couple of weeks ago, and I would not have known about this story had it not been for your website by the way, Scott, topclassactions.com. You and I did a segment on those Samsung washing machines. Well, turns out I have a Samsung washing machine. It was part of the recall. They didn’t let me know. I found out from Top Class Actions.

So I went online, filled out the information, literally took less than two minutes. That was it. I immediately got a phone call within about an hour, they scheduled my appointments, sent a repair man out two days later, fixed my washing machine. Everything is perfect. So trust me when I say you do not want to miss out on these. Okay. It’s not just about cash. If you’ve got a defective product, if you have anything that has been recalled, companies sometimes do a good job of letting you know.

Other times they do not, and when they do not, the best resource out there is topclassactions.com, to not only stay on top of available settlements that a lot of people qualify for, but to make sure that your product does not have some other kind of default that has started a new lawsuit. Topclassactions.com, sign up for their newsletter.

That way you can have all of this information delivered directly to you in your inbox. And if you have any, need anymore information I should say for any of the settlements we’ve discussed here, there is a link to each and every one of them in the description of this video. Scott Hardy, topclassactions.com. Thank you very much for taking your time to talk to us.