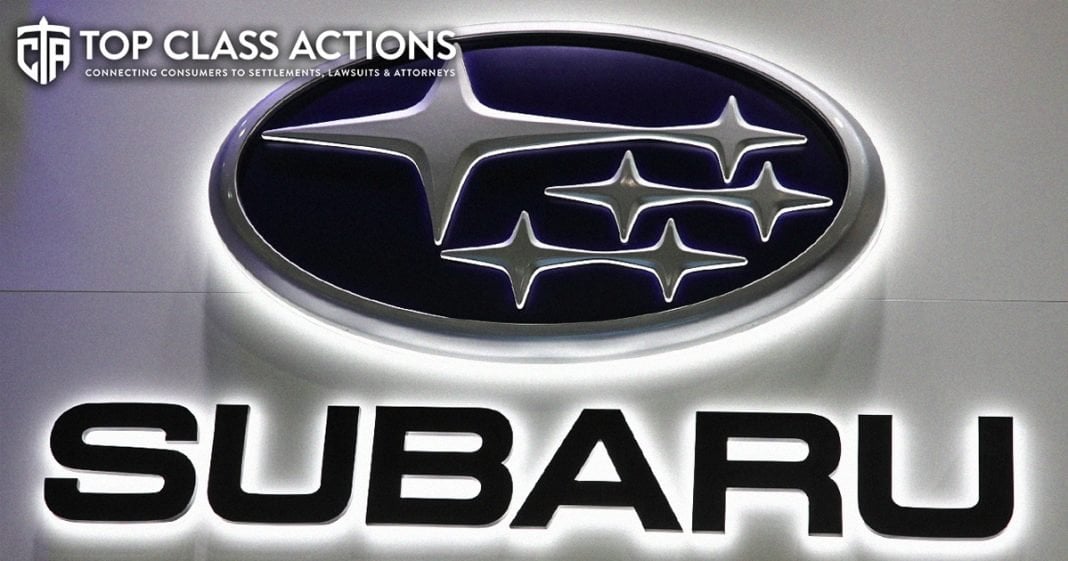 Several major automakers including Chrysler, Toyota, and Subaru have recently announced large settlements for owners who have experienced certain problems with their vehicles. From door problems to engine troubles, these issues have now been resolved by the courts and consumers now have access to funds to fix these issues or to get reimbursed if they’ve already paid for the repairs. Ring of Fire’s Farron Cousins discusses this issue with Scott Hardy from Top Class Actions.

Farron Cousins:                  There are automobile recalls happening in the United States on a near constant basis. At any given point, there is likely some kind of vehicle in this country that has been recalled because of a faulty component. Many of these recalls also come along with settlements for people who may have already paid to have the problem fixed before the recall actually happened. And right now we’re going to go through several of the most recent settlements where consumers have access to money if you’ve been affected by the problems.

And joining me to run through these is Scott Hardy from topclassactions.com. So Scott, we’ve got a couple big settlements to talk about today. The first one, which to me is a very terrifying problem to have of the vehicle, is this too, Toyota Sienna. Their, their minivan had an issue with the sliding door where, oops, it could come open while you’re driving down the highway because of a faulty component here. Tell us what this one’s about.

Scott Hardy:                          Yeah, this is pretty crazy. If you have a 2011 to 2018 Toyota Sienna minivan, there is a defect within the sliding doors which could allow them to open when you’re driving so your children could fall out. That is freaking scary and I have to applaud Toyota on one element. Not only are they making sure that, you know, their, their, their buyers of their minivans are able to get this repaired or if the got it repaired, get money back in their pockets, get paid back for it.

But they’re, they’re, they’re advertising for this settlement is extensive. We didn’t get paid to advertise it, which is a bummer, but they have been sending out note cards to all of the purchasers, all of the leases of the Toyota Sienna minivans and our, our amazing community manager, Nicole, who actually handles all the comments on Facebook and online and answers all the questions, her family has had a couple of minivans. And I think they’ve received three or four of these notifications from Toyota saying this is a problem.

If you had this issue or even if you think, hopefully you did not experience the issue, but go in, get your minivan checked out, get it repaired and if you had to get repaired, we’ll pay you back. And so that’s good on Toyota to actually make sure that their buyers are properly getting these things addressed.

Farron Cousins:                  It is because I, I think it nearly, everything you and I talk about together, it’s always, you know, a corporation did something bad. We’ve got to got to go after them. It’s a lot of what we do here at Ring of Fire, but so it is good. And to always give credit when they do the right thing after, you know, a, a mistake or screw up or whatever it was. So yes, applause goes to Toyota on this. They are doing a good job.

They’re trying to make that they make it right. And unfortunately that’s something we don’t typically see with a lot of these cases with a lot of, pretty much everything in this country today. Corporations don’t usually take that extra step of saying, we’re going to go above and beyond to make sure that we make this right. Scott, we got another one here, a Jeep Grand Cherokee and Ram 1500 eco diesel. This one’s really interesting. It’s, you know, reminiscent of that Volkswagen emissions scandal. In fact it’s very similar. Tell us what happened with these vehicles.

Owners may be able to collect up to $3,075 if their vehicle wasn’t claimed by somebody else. If you’re still the first owner. If two owners go in and try to collect for that vehicle, you still may be able to get $2,460 so that’s huge. If you just leased the car, you can get $990. So these are big checks that we want to make sure people are aware of. Otherwise, if you don’t know about this, you just have literally thrown away up to $3,000 that I’m sure you could use for something in your life.

So whenever we see these big settlements, we want to blow the doors off of the notification process. Say everybody please, if you had this car, submit your claim. Otherwise you’re losing out potentially on thousands of dollars.

Farron Cousins:                  Absolutely. You know, you know reports and studies have shown that the average American can’t afford an emergency of $400 or more. So when we’re in a country that is very strapped for cash on the individual level, there’s lots of issues like this. And this one just happens to be pretty massive. I mean, you know, even if you only leased the vehicle, still getting back, you know, $10 shy of $1,000, that’s a big payday. You know that, that is a nice paycheck.

That might be a couple of medical bills you’re able to pay off with this particular a settlement here. So do not just overlook this. If you or anybody you know owned one of these vehicles, which you can find a list of them in the link, in the description of this video, please go check it out. This is a massive settlement, a lot of money out there on the table. If it’s yours, go claim it. And Scott, we’ve got a final one today, a Subaru engine failure class action. Lay this one out for us if you would.

Scott Hardy:                          Yes, this is a, for owners of the 2012 to 2017 Subaru Impreza WRX or STI with an EJ series two and a half liter turbo charged engine, you could benefit from this settlement. The class action alleged that there was a, an, a defect within the engine manufacturing which could lead to premature engine failure. And now, once again we have the auto, and you and I have talked about this in the past, where you have an automaker that allegedly knew about the defect but let things roll along until the owners raised up their hands and said, hey, what the heck?

This isn’t just me having this problem. There are thousands of people out there that are experiencing the same issue and you’ve got some people that were, that were paying up to almost $6,000 to get this fixed when in fact it was an alleged defect.

Farron Cousins:                  And with this one we’re looking at, you know, a defective, a connecting rod and a main bearing. So essentially two rather small pieces in the engine. And what was happening was because they were defective, you were getting oil contamination. You, you were getting the little bits of metal and other debris inside your oil. The oil then has to go in and lubricate the rest of the engine. But when it’s contaminated, especially with little shards of metal, it’s very hard for those parts to run smoothly when they’re rubbing against each other.

If I had a Subaru Impreza WRX or STI with that EJ series two and a half liter turbo charged engine, I would be making an appointment with the dealer and having it checked out to see if I’m having that issue because I’d want to make sure that I was covered. If, you know, cause you might not even know that this, this problem is starting to happen. You might just be having a slight decrease in horsepower or some other very minor issue, which could be a sign of major issues.

So if you’ve got one of these vehicles, head to your dealer, get it checked out, have Subaru spend that money, cover you rather than you risk spending a whole big chunk of money if you hit 100,001 miles and then you find out about it.

Farron Cousins:                  Absolutely. And, and, and I’m glad you, you had brought that up too because this isn’t just about, oh go get your money, go get your money. These are all everything we’ve talked about here, these are serious vehicle problems. You know, the, the Toyota door, get it fixed, get it checked out. If you have these models of vehicles, make sure you check all of the issues. You can find links to every one of these settlements in the description of this video and go to topclassactions.com because it’s not just these settlements that, trust me, these are not the only ones that have happened recently.

There are settlements on all kinds of products that you may have used. You may have own, you may have consumed, you may be driving them. There’s lots of problems out there. Luckily, there’s also lots of settlements. The only place you’re going to find all the information you need is topclassactions.com. So Scott Hardy, Top Class Actions. We appreciate everything that you do. Thank you for talking with me.