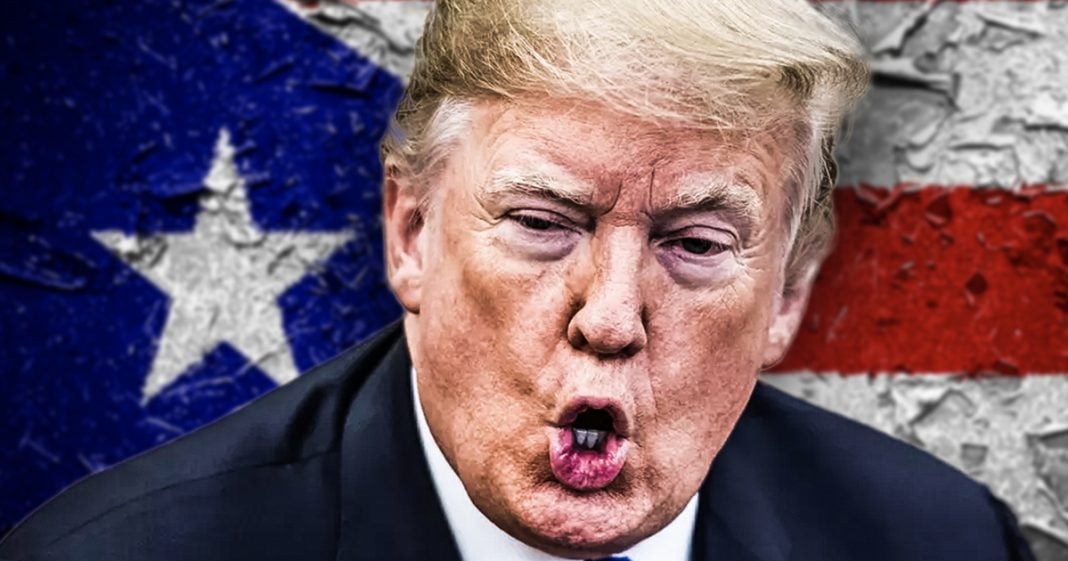 During a meeting with lawmakers this week, Donald Trump said that Puerto Rico had already received “too much” hurricane relief money and that they shouldn’t get any more funding. Not only is this a cruel attack, it is also completely untrue. Puerto Rico was starved of federal aid and forgotten by this administration, except when the President felt the need to personally attack the leadership on the island. Ring of Fire’s Farron Cousins discusses this.

Yesterday. Donald Trump attended a closed door luncheon with Republican lawmakers who were wanting to discuss disaster relief packages for southern states that had been hit by hurricanes this past year and as part of the meeting, Donald Trump decided kind of out of nowhere to say that Puerto Rico has received too much federal aid after being devastated by hurricanes in 2017 too much a god. They’ve just gotten too much help. According to Donald Trump, who is basically completely ignored the island since he was throwing paper towels at people down there. Only I should say, the only time he pays attention is when he wants to get on Twitter and insult the leadership down there. Other than that, this man has shown no care or concern whatsoever for the people of Puerto Rico, some of whom went well over a year without electricity because they simply couldn’t get the funds to rebuild the infrastructure. Roughly 3000 people died in Puerto Rico from Hurricane Maria 3000 we’re talking about the equivalent of a nine 11 attack on a US territory.

These people are US citizens and Trump’s now telling us they got too much money. I wouldn’t be surprised, honestly, if he went down there, if he knows how to get there. Remember it’s an island surrounded by big water is what he called it. If he asked them for the money back, like, hey, you’re going to have to start repaying this. And as for the, uh, southern states needing more aid, I totally understand that. Yeah. I lived down here in Florida. I drove through the areas that were devastated by Hurricane Michael, but the state has received a few hundred million dollars for hurricane relief. Uh, Georgia I believe, has received upwards of $100 million. That’s probably not enough money. And they do need more. I do support these aid packages, but to sit here and act like Puerto Rico, a US territory filled with US citizens is not as important, is absolutely disgusting.

And the reason Trump is acting this way is because he knows that if he comes down and sends a Deflora and Georgia and the Carolinas, those people are gonna vote for him. He knows that no matter what he does down there in Puerto Rico, they’re not going to support him. So why even bother? Well, guess what, Mr. Trump, this is something you haven’t seem to grasp since you came into office, and that is that you’re the president of everybody, even those who didn’t vote for you, even those who don’t like you. And it is your responsibility to take care of everyone. And if you’re not up for that, if you’re gonna use your office to simply extract your retribution on who didn’t vote for you or people who don’t like you, then you need to step away from this office immediately and let a serious grown up who’s not going to hold grudges against people who went through a catastrophe. Your not that guy. And it is beyond time for you to step away so that this country can finally deal with the problems that you have been ignoring since the day you were sworn in.