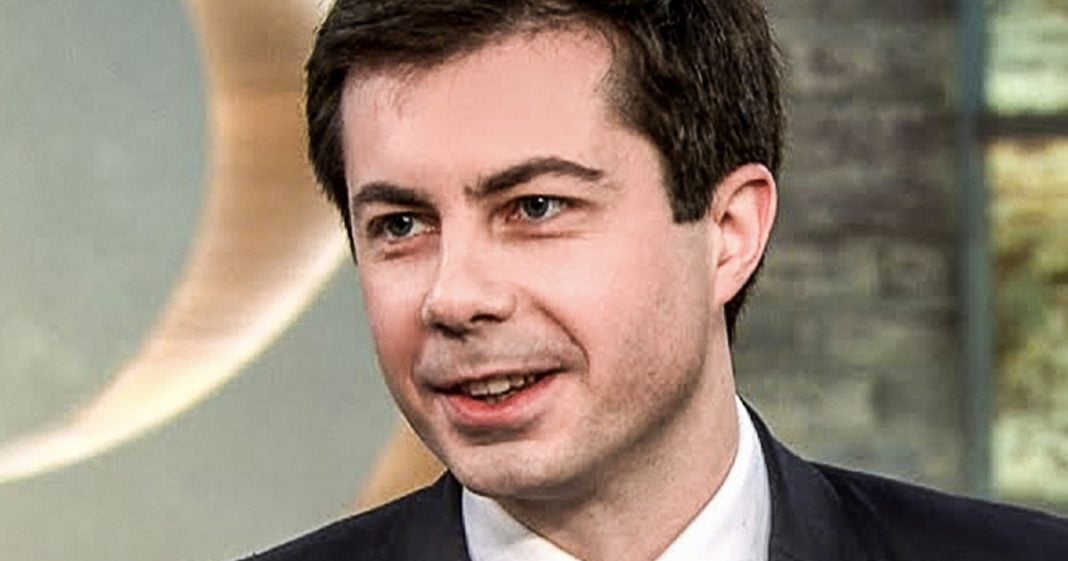 Mayor Pete Buttigieg is suddenly in third place in the latest Iowa polls, showing that the mayor of South Bend, Indiana is starting to resonate with American voters. Mayor Pete certainly has charisma and a lot of his policies are on par, or fairly close, to some of the other candidates that people are flocking to, but in an overly-crowded Democratic race can a relatively unknown steal the show? Ring of Fire’s Farron Cousins discusses the possibilities.

According to the latest round of polling coming out of Iowa among the likely democratic caucus goers for 2020 Pete Buttigieg, the mayor of South Bend, Indiana is now in third place trailing only Bernie Sanders and Joe Biden Biden’s polling at 25%. Bernie Sanders is polling at 24% and Buttigieg is now number three with 11% okay.

Point or two higher than Kamala Harris, Elizabeth Warren, Beto O’Rourke, and all the other folks in that massive growing list. But here’s the thing, over the last few weeks, something interesting has been happening with this. A Democratic Primary Mayor Pete is emerging as a guy with with some ideas, some good, some very mediocre. He’s winning over people with his charisma, okay?

He’s shattering new ground, being the first, uh, openly gay, possibly first openly gay candidate for the Democratic Party. And people seem to like him. Yeah. And he’s young, 37 years old. He is drawing attention. He performed very well at the CNN town hall. And you’ve got a lot of democratic strategists and pundits out there right now saying, you know what? This guy’s the real deal. This guy knows what he’s doing. But a word of caution, this poll that has him in third place now not only have passed polls, had Kamala Harris in third place, Elizabeth Warren and third pace a place Beto O’Rourke in third place and all of them are now starting to fall a little bit. Uh, so yeah, maybe not completely a good sign. Also considering the fact that we’re almost a year away from the caucuses, little early to be peaking. Okay.

Same could be said about the other two, I guess. And the most damning part of it is that this poll had a margin of error of six points as we learn. Those of us who, who studied political science have our degree in that. And we went through classes about research methods and polling. Okay. Don’t trust any poll with a margin of error greater than 3% and in fact, it’s actually very rare to even find a poll with a margin of error, less than 3% okay. But if it’s more than 3% in the world of political science, that would basically be tossed out. It would be considered completely unreliable. Maybe times have changed a little bit, but just letting you know that piece of knowledge, if the margin of error is greater than 3%, don’t even bother Buttigieg is momentum is real. Okay.

But again, another caveat, you do have some a democratic consultants out there. Uh, Christy Setzer with new heights communication. She’s been a good friend of ring of fire over the years and she says, you know, the problem is that he’s peaking about six months too early. But the, the good news may be that you take a guy like Beto O’Rourke and he kind of peaked about a year too early. So the question at this point is, does boot edge edge have the momentum to keep this going? And to be honest, I think he does. Now, I am not a fan of all of his ideas and I’m certainly not endorsing him, but I’m not ruling out and eventually endorsing him because I do like a lot of what he’s had to say specifically. One of the first times he made the headlines after announcing his run was he said, Democrats got to get serious about this court packing, taking place by the Republicans, and he wasn’t only referring to the supreme court. That was refreshing. That’s something you don’t hear from other Democratic candidates. Mayor Pete understands that court packing by Republicans is happening at every level of the judiciary and those courts are just as important as the supreme court. I until then, had not heard a democrat talk about that Mayor Pete did and he won me over at that point. Again, not ready to endorse. He’s still not my preferred candidate, but I think at this point he’s in the top three. He’s definitely in the top three.

So Kudos to you, Mayor Pete. You’re doing great. Keep it up. Fix some of your issues because I know you say you support Medicare for those who want it, but that still doesn’t fix the problem. Medicare for all. That’s what it has to be. That’s where we have to go. I’m a little concerned. I know in the past you’ve worked a little bit for, uh, some businesses, some consultants, they’re a, it’s a little iffy forgivable if you’re a true progressive and you don’t just tow the line for businesses. But nonetheless, boot edge edge is somebody that needs to be taken seriously. This is the guy to watch because the momentum that he is building up could easily translate into mayor Pete becoming the nominee for Democrats in 2020. And that wouldn’t be a bad thing.